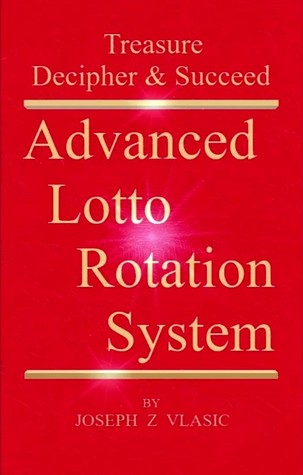 Ever wondered if games of chance can be deciphered? Could math be used to that advantage? To get exactly the numbers you need to win the lotto? You have played too many times by pure chance and instinct. How about applying a little bit of logic this time? Just to see if it makes a difference.

The Advanced Lotto Rotation System is a tutorial on how to break the code. On how to burst through the veil of unluck. Joseph Vlasic breaks down the whole system. He then proceeds to put everything together bit by bit as one looks on. This gives one an understanding into the game. Sort of like getting into the mind of the game.

This is a very short read. However, the writer has put everything down in very simple English. He does not leave the reader behind at any point. This is important as it will help one apply whatever they have learned later on. At the very beginning, you are asked to read and reread. You must follow this directive so that you can grasp every step of the exercise.

It is easy to lose focus and attention when dealing with so many numbers and confusing ideas. Therefore the author uses highlights and tables. These help the reader bring their attention back to the material at hand. It also helps you have a different view of the idea for better understanding and fresh perspective.

This book delivers some very interesting ideas on Lotto and games of chance in general. Although there could be some complex information delivered in such a small package, I felt the author gave each idea plenty of room to develop completely before moving on.

There are some minor misspellings and I felt the book could benefit from a brush over. Other than that it is an interesting read. It is compelling to see just how easy it could be to break games of chance. To bend them to your will. This book puts you in control rather than leaving it up to chance or sheer luck. We cannot all be lucky, can we? 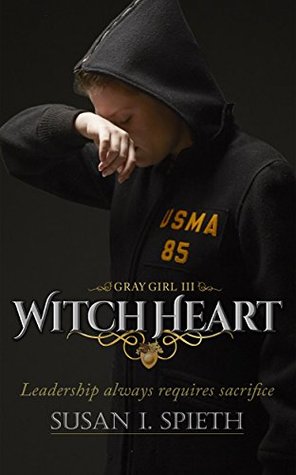 West Point, the school for those that value honor and tradition. A group of elite students and soldiers that want nothing more than to continue the long-standing traditions and be the absolute best out there. It is also a school that has long been a boy’s only club, stuck in the mindset and traditions of the male gender. However now, women are there. They are changing things and not everyone likes these changes. When Jan, Kristi, and Pamela start leaving a trail of bad luck behind them they are branded as witches. Jan is convinced someone is out to kill her. It isn’t long though before Kristi and Pamela are also targets, someone wants them gone for good. Susan Spieth takes readers into the world of being a West Point cadet in her novel Witch Heart.

The novel starts out at Army Airborne School in Fort Benning GA. At first the novel is mildly humorous as you realize that Jan the main character is afraid of heights. Why is she at Airborne School? The simple answer is, she is a West Point Cadet and she will not fail at anything. We start getting some of the back story of her bad luck and how her old roommate Violet killed herself. The reason for why this happened lies deep into the novel and Spieth takes the reader on an emotional journey to get to the answers. Along the way you find romance with Jan and fellow Cadet Rick, and friendships so deep hazing and Honor Courts will not rip them apart.

The plot deepens and the witch hunt continues, all we know of the antagonist is that it is a male that wares a black ski mask. This mask holds a special meaning for him but you don’t know what that meaning is. After there are three deaths all from the time Jan, Kristi and Pamela arrive at West Point, they become known as the witches’ coven. The mystery intruder braking into rooms is only known as the man with the ski mask and he reveals his plans and hate for two of the women especially.

The author has given a lot of time into explaining the environment at West Point, it is a boy’s club atmosphere that is just tolerating women in the ranks. I feel this is still relevant today, that many feel West Point should still be an all-male environment. The author uses higher ranking officers to brush off hazing rituals as good old fun and traditions. It speaks of the hostility that women face when they are told “you want to be one of us deal with it” and are left with little options; all too real of a situation. Susan Spieth is able to tap into the fears and anger that these female cadets feel.

While not overly complex in plot lines, the social structure and interactions of the characters make this a complex novel. The reader is drawn into the stories of Jan, Kristi and Pamela and how they have survived to be 3rd year cows’s at West Point. This is not your mushy feel good novel, but it does speak to the strength of women cadets and their ability to overcome the odds against them.