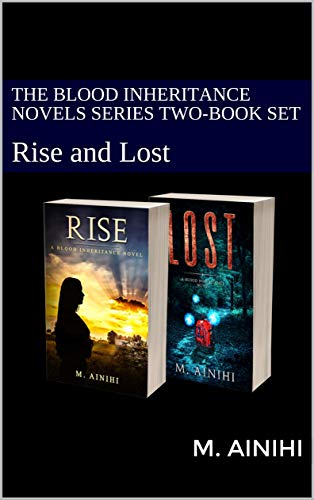 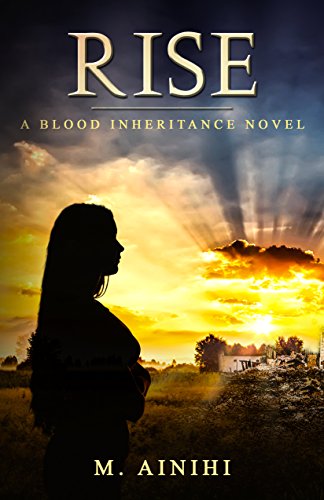 Rise: A Blood Inheritance Novel by M. Ainihi is the first novel from the “Blood Inheritance” YA dark fantasy series. It follows the story of Amanda Garrett, a fifteen-year-old girl who lives in a small town with her father. The book starts off with a prologue set hundreds of years before the main story takes place, where we learn of the imprisonment of Erol, a jinn(genie), and the reason behind it. Hundreds of years later, while on a day trip in the woods with her dad, Amanda stumbles upon an ancient artifact she discovers contains a jinn(genie), which is Erol, that will change her life forever. Amanda’s life soon spirals out of control as she is sucked into a fantastical world where she’s orphaned, kidnapped, and forced to work for a powerful wizard who seeks a mythical talisman. All the while, Amanda harnesses dark powers unbeknownst to her. And as she sets off on her journey, Amanda learns about the creation of the universe, different mythical creatures, realms, and her own demonic ancestry. She has to deal with unwanted feelings and make decisions that will harm those she loves, some of which leave both her and the reader shocked.

Rise is an incredibly fast-paced novel, one-second you’re following the story of a joyful girl, completely unaware of the journey she’s about to begin, and the next you’re reading of genies, evil wizards, gods, and the creation of the universe. Although it is 160 pages it is extremely detailed and provides the reader with a good understanding of the characters and the realms they reside. As for the language used, it is fairly simple to understand, which makes it a suitable read for anyone. I did find a couple of spelling mistakes and redundancies but really nothing to fret over. The main character, Amanda, is very believable. She starts off as a naive young girl, happy to spend time with her father and worried over trivial matters. But as the story develops, so does she, as she becomes a troubled young woman trying her best to understand and control the dark powers and impulses within her.

Throughout the book, we get to see two sides of the same character and that makes it a lot more interesting. Other characters, such as Erol and Aden, also provide a refreshing break from what you might expect from a genie, for even though they want to do good with their powers, they also have secrets and desires that add complexity to what could otherwise be bland and predictable characters. M. Ainihi does a great job creating a beautiful setting, making you feel like you’re actually visiting the realms described. The theme is very fun and original. the author provides a different concept with the genies, as opposed to your typical vampires and werewolves. I very much enjoyed reading about these mythological creatures and all the lore behind them.