The Conman: A Baseball Odyssey

The Conman by Mike Murphey is based on a true story of the life of professional baseball player, Keith Comstock. The story follows Conor Nash a professional baseball player. His sole mission in life is to pitch in the major leagues. He has been released from his baseball contracts ten times within his 16 year career. After being forced to retire due to an injury he is not able to recognize the person he has become. He goes on a journey to discover who he is now that he can no longer pitch.

Mike Murphey has done a fantastic job portraying the life of a professional baseball player and the struggles they deal with. You begin to understand Conor and his tenacious attitude towards baseball. Conor has gone through so many challenges from being fired, dismissed, kicked off the team, traded multiple times but he still persevered. The portrayal of Conor’s wife Kate is admirable, she is a strong and loving woman and supported Conor throughout his baseball career. The author seamlessly switched between third person narration to first person. Murphey displays his sophisticated writing skills by smoothly transitioning between a memory and what was going on in the present.

You don’t have to be a fan of baseball to truly appreciate this story. The dialogue is funny and witty and keeps you entertained from beginning to end. Not only does the author discuss the obstacles that Conor went through he also brings forth Conor’s accomplishments. You are taken on an emotional roller coaster right alongside Conor. At times I did get frustrated with some of the decisions Conor made but I was still rooting for him.

The Conman is a witty, complicated and inspiring read that gives the reader hope that no matter what you are going through in life, if you never give up, you will reach your dream. 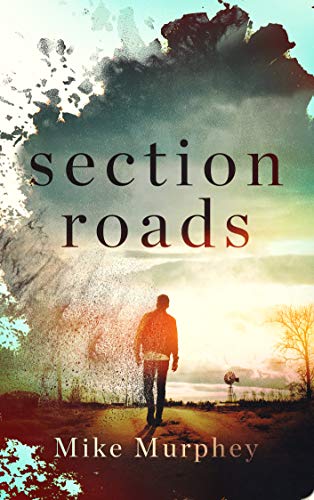 Section Roads is a captivating mystery novel by Mike Murphey that follows a group of friends getting together at their small New Mexico hometown for their high school reunion after more than forty years. As freshmen band geeks, Cullen Molloy and Shelby Blaine meet in the small town of Arthur, New Mexico during the 1960’s. As they experience their first love, they also form a friendly relationship with Buddy, a misunderstood football player. Little do they know, this friendship will be forever bonded by a dark secret. When they reach sophomore year, Buddy is charged with the murder of a girl named Chrissy Hammond, though later absolved of the charge. The crime causes the three friends to leave Arthur in hopes of starting their lives over elsewhere, that is until forty years later they return to their hometown and are forced to face the past as a new killing takes place.

Mike Murphey has an extraordinary way of intertwining past and present events smoothly to form a single story. One that does not cease to surprise at every turn. The main character, Cullen Molloy, is a semi-retired attorney with a newfound confidence he never displayed during high school. He considers himself a protector of his friends, especially Buddy, who he feels has carried a terrible weight on his shoulders for too long. Shelby is the perfect example of the shy but pretty girl who peaks after high school and develops an outgoing, slightly flirtatious personality and lives by herself after divorcing twice. Her connection to Cullen is deep, yet they never seem to be at the same place at the same time. As for Buddy, he is a loner man as he was a loner teenager. Haunted by the events he lived through high school and plagued by the guilt of the death of his fellow classmate. He finds himself in trouble when he returns home forty years after high school. The way the author creates a story that spans over four decades, the relatable characters and setting, and the exciting course of events rich with drama, murder, romance, and suspense, makes for no less than a five-star review. It reminds of the same character and plot buildup effortlessly accomplished in Stephen King novels. I enjoyed Section Roads thoroughly and highly recommend it to any mystery fan out there.