Michael is excited to start the year at his new school. He is going into 4th grade with two of his best friends. Together they all dream of playing football at this new school like they did last year. Michael makes several new friends in the first few weeks of school, and they all get along great. One day, Michael sees some boys playing football, and they will not let him join in. He is not one of the ‘cool kids.’ Disappointed, Michael decides to find a way to get into the cool kid’s group. Unfortunately, he learns that he must be mean and become a bully to be part of this group. Michael starts seeing himself as a monster and questions if being cool is worth it.

Cool Kids by Arlene Freeman takes a serious topic of bullying and presents it in a way that older elementary grade kids can understand and relate to. As a parent, I have witnessed bullying from this age group multiple times, and I think addressing it at this age level is vital for teaching just how harmful it can be to others. Kids will be able to relate to Michael and his desire to fit in and join others that are doing the activities he wants to do. I am impressed with how the author shows readers the ugly side of bullying. Being a bully makes you feel ugly inside, even when you look like the cool kid on the outside.

The artwork by Amelina Jones brings the story to life with detailed emotions for the characters and a style that fits between whimsy watercolors and graphic novel imagery. Children will enjoy the bright colors and realistic representations of a day in school. For younger kids who can’t read all the words yet, the images do a fantastic job of telling the story independently.

The theme of friendship and acceptance is just as strong as bullying in this children’s book. Michael is not the only kid to learn the real meaning of ‘cool kids,’ and seeing that people can change is helpful for this age group. It is a good reminder that sometimes we all make bad choices and that we can fix things by apologizing and making good choices after.

Cool Kids is a feel-good children’s book for elementary-level kids. Dealing with topics that kids struggle with at this age and presented in an approachable and relevant manner, this makes an excellent book for classrooms and caregivers to discuss the issues of bullying, kindness, and friendship. 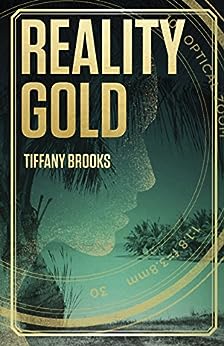