Price of Life follows a hidden race living among humans who, along with human fanatics, come up with a horrific plan for world domination. What were some key aspects that were important for you to explore in this narrative?

Price of Life was initially conceived as an action-adventure story. During its creation, I realized that the richness of the described events, people, places and character motivations made me consider a far broader perspective on things. It became very important for me to explore the issues of immortality and human condition, revelations of the origin of the immortal secret race and dreams and desires of everyone involved, be they individuals or a group. Each participant in the story sees the world as they would like it to be but changing the world for good or bad reasons may not necessarily be the right thing to do. Humans often think that end justifies the means, but not everyone pauses to think how many innocents would suffer for the price of a better future.

What scene in the book was the most emotionally impactful for you to write?

It is a very interesting question. My novel contains many powerful and emotional scenes that touch the souls of both humans and immortals. There are moments of deep introspection, stunning revelations and emotional as well as physical suffering. I believe the most emotionally impactful moment for me was the scene Dina Amulai encounters after her unsuccessful attempt to murder young Adolph Hitler during World War I. Fueled by rage against the visions of the terrible future resulting from his rise to power, she later finds her entire adopted Gypsy clan executed by the Germans who did not spare anyone. Dina later makes another clever attempt to kill Hitler during the Berlin 1936 Olympic Games, but is betrayed at the last moment by a greedy mercenary whom she is forced to kill.

Did the novel develop in any surprising ways as you wrote the story?

Actually, yes it did. Initially, the story involved a singular apocalyptic mass murder plot by the immortal group bent on world domination. Then, at some point during my second draft, I thought about creating a similar group, which includes humans with their own diabolical agenda to change the U.S. politics and take over the United States. The goals and methods of both groups are different, but they interact well in the story. Both secret societies plan to use weapons of mass destruction, which makes them very dangerous for the good guys to handle. Battles of good against evil often demand sacrifices but true heroes are willing to die for what they believe.

You published this novel in 2015. How do you feel your writing has changed since then?

I started writing in 2010, initially working on short stories and ideas for the longer pieces. It took me 5 years of writing and practicing my craft as well as attending numerous writing groups and literary sessions to learn about being a better writer. Since the publication of Price of Life in 2015, seven years have passed, and they were very good seven years. I believe that my writing had improved in terms of quality and deeper analysis of my work. I read a lot of excellent books before I became a writer. They inspired me to put my ideas on paper not to earn fortune and glory but to enjoy the labor of love. I continue to abide by this principle and hope to produce many interesting books for people to enjoy.

Price of Life by David Crane is a page-turning and suspenseful science fiction story that follows the journey of a prehistoric boy who discovers an unusual meteorite while hunting, which gives him the power of immortality. He becomes the first known human to possess this power, and all the benefits and challenges that it carries. It’s a great supernatural story that touches on many historical eras, including references to World Wars I and II and the Russian Civil War.

Crane writes in such as realistic way, as if the story is a documentary, following the character through many years, societies, and relationships. The gift of immortality is a power for which many people would do anything, but what are the consequences when an immortal falls in love with a mortal? Many people, such as Laura, keep the nature of their existence secretive, though eventually, it must be revealed to those closest people to her. The story explores many aspects of immortality and how living without the fear of aging and dying, while an amazing experience, can present a new world of challenges.

How do the characters handle life after thousands of years of existence? Would you abandon your gift of immortality to become a frail mortal and live like everyone else? Crane does an exceptional job of bringing up the question of humanity’s fragile existence and how people would handle a life that never ends. Is it a gift that later becomes a curse when everyone you love eventually leaves you in death?

I recommend Price of Life for its original and creative style and unique twist on the human side of a popular science fiction theme. It’s a great story for fans of this genre who want to explore the implications of immortality. 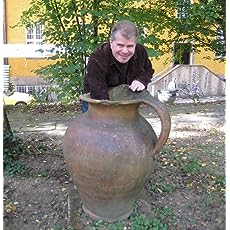 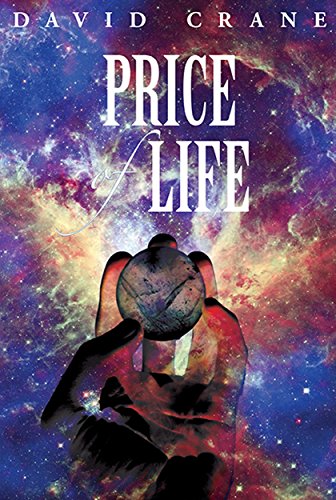