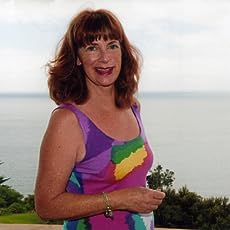 The Rigel Affair is a thrilling love story following two young people caught up in World War II. Why was this an important book for you to write?

My mother took her box of Charlie’s letters down from a bedroom cupboard, and talked about them constantly… telling me all the stories of her love affair with Charlie and the mysteries behind it. Many years later, after her death, I finally had the courage to read them for the first time. She made me promise that these letters must always be kept special. They were so compelling… it was like Charlie was in the room with me.

This is a story based on the letters and stories your mother passed down to you. How has your perception of the stories changed from childhood to adulthood?

My perception has not changed. Even today, it is like my mother is with me when I view these letters.

The pathway of the USS Rigel had to be 100% historically accurate. When we approached the US Navy and they realized the scope of our project, they assigned me an Officer who supplied us with many of Charlie’s Orders, and also the position of the Rigel for every day of the war. Then we could research events that were happening around the Rigel from time to time, and knowing that Charlie was leader of the Navy Divers on board, we could pick out actions and events that were typical of his duties.

Took Liberties – Roxy, Mrs Frisken, Mattie, – while Charlie’s locations were actual, we did not know exactly what he was doing. But we interview some of his shipmates who filled us in on day-to-day activities. But many of Charlie’s missions were secret. 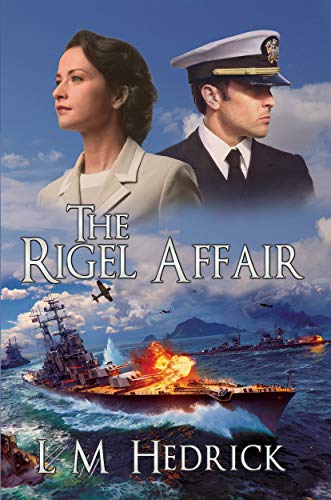 Abandoned by his part-Cherokee Ma, Charlie Kincaid escapes servitude with his uncle. He jumps a boxcar, accompanied by his schoolmate Roxy, who is escaping troubles of her own. Charlie becomes a US Navy Diver.Mattie Blanc is from a genteel New Zealand family. But when her brother’s friend persuades her to take a ride, it all goes horribly wrong. Desperate, she flees her family’s stifling expectations for a new life in Auckland.After the 1941 Pearl Harbor attack, Charlie sets sail for Auckland aboard the USS Rigel. And there she is, the girl of his dreams. Mattie is everything that Roxy isn’t— sophisticated, tender, and patient. But the war intervenes… Rigel embarks for the Pacific war zones.Charlie’s letters are sporadic. Mattie is tormented by doubts; did he truly love her, or was it only a dream?The Rigel Affair produces a rip-roaring wartime romance and chilling danger unknown to most.

Mattie Blanc believes from an early age that her past will forever haunt her and will be the ultimate cause for her life alone leaving her starved for true love. Charlie Kincaid, on the other hand, has true love chasing him across the world, but his is a one-way relationship in which he is not a willing participant. Both Mattie and Charlie have pasts that haunt them and have overcome almost insurmountable odds to become successful and proud in their fields; Mattie has received an education and is employed by a hair salon, and Charlie is a diver in the United States Navy. The one thing missing from their lives is each other.

Inspired by events in the life of the author’s own family, The Rigel Affair by L.M. Hedrick, traces the lives of Mattie and Charlie as they grow up in very different corners of the Earth to their eventual chance meeting as adults in Auckland, New Zealand. Once the two meet, their lives are never the same, and Hedrick makes clear from their first outing together that the two are destined to be together. This primarily historical fiction book is laced with romance and a bit of intrigue–just enough to appeal to multiple groups of readers.

Not knowing how much the character of Roxy is based on real events, I can only say that if her portion of the story is true, it is indeed fantastic. To believe that Charlie and Roxy, a childhood friend who practically mourns for Charlie’s love, could so easily run across him in the 1940’s without the convenience of modern day technology is little far-fetched. Happening across Roxy in two very different parts of the world years apart is a bit of a stretch. If it is indeed part of the truth of Hedrick’s story, it’s fascinating and makes the tale that much more rich.

Perhaps the most interesting aspect, and one of the most well-integrated in the story, is the portion about Mrs. Frisken. Though her truth is never fully revealed, Hedrick successfully gives readers cause for pause and inspires some rereading of text. (I love when an author makes me second guess my own opinions of a character and his/her intentions.) I have to say that I didn’t foresee the ending regarding Mrs. Frisken happening in quite the way it did. Though sad, it was a wonderful addition to Mattie’s story-line.

Hedrick has written a book that requires patience on the part of the reader. I desperately wanted Mattie to get the gumption to go against her overbearing father. Her inability to make a decision without her parents’ input frustrated me. In addition, readers may find it difficult to watch as Mattie and Charlie’s letters pass each other in delivery without making it to one another causing much heartache for the two as they are pulled further and further apart.

Hedrick is handing readers a perfect blend of historical fiction and romance. The text itself is heavily laden with historical truths and gives fans of both genres something to appreciate and remember.

THE RIGEL AFFAIR is a novel based on real events and the life of Navy Seal Charlie Kincaid. Part Cherokee, born into Southern poverty, Charlie trained as a diver and became the leader of the war’s first underwater demolition team. His men experienced their first test, moments after the strike on Pearl Harbor, rescuing twenty-eight U. S. sailors trapped in the sinking USS California. Their missions sent them to New Zealand, Australia, and a dozen Pacific Islands, into the most dangerous combat areas on that side of the world. They dove and carried out clandestine missions under horrific weather and health conditions while constantly facing attacks by Japanese troops, bombers, and submarines.

But Charlie’s life was not all hardship. Even as the bloody war ground on in Europe and the Pacific, he fell in love. Her name was Mattie, and she lived in New Zealand. Their love story offers a tender counterpoint to gritty battle scenes throughout the novel. The book is framed around actual love letters sent by the couple, newspaper accounts from 1941-44, material from various archives, and documented events involving Charlie’s ship, the USS Rigel. We’ve also interviewed surviving shipmates.