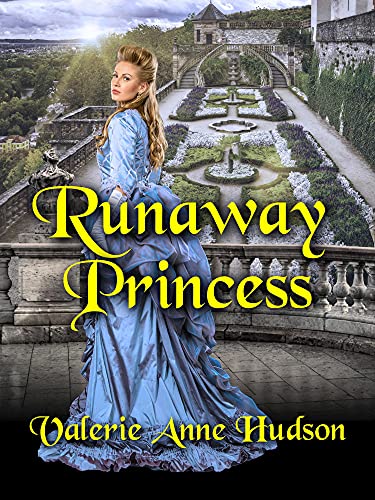 Runaway Princess, by Valerie Anne Hudson, is a story about Princess Louise-Marie who feels trapped in the Royal Palace of Limolou. After a botched runaway attempt when she was nine, Louise quietly accepts being stuck in the palace. This attempt opened her eyes to the plight of the commoners. Louise learns as much as she can from her tutor. It’s not until she’s seventeen and being forced to marry an abusive Duke that Louise finally takes action again.

This riveting historical fantasy is written in the first person point of view which enables readers to be pulled into this story from the start and I was able to really connect with Louise’s character.

We don’t meet Louise until she’s nine years old. Author Valerie Anne Hudson speeds us through the years until shortly before her seventeenth birthday. With the first person point of view, we get to see and feel what Louise does, which is important in this emotionally resonant story coming-of-age story. It means that we don’t get the intrigue of the palace. I find that I’m glad that Hudson didn’t focus on that. She focused on Louise’s story, her growth, and what needed to be done for the people.

While I heartily enjoyed this effervescent historical novel, especially the beginning I felt like the ending was a bit rushed, as I felt that she was able to fix the problems of the commoners rather quickly.

Runaway Princess is an enchanting historical fiction novel in the depths of the tumultuous French Revolution. This is a vibrant story that takes readers on a subtle but deep exploration of a character that never ceases to be intriguing.

Watch What You Wish For follows a group of friends who accidentally unleash the evil powers within an ancient Wishing Tree. What was the inspiration for the setup to your story?

Many people are dissatisfied with some aspects of their lives, and never more so when they are teenagers. I was originally going to have the characters make their wishes at a wishing well, but then I decided that a wishing tree could be a lot more dramatic!

Sophie is an interesting and well defined character. What were some driving ideals behind your character’s development?

Sophie’s a bit of a follower, tending to be easily influenced by those around her. Had she ended up hanging out with the wrong crowd after her move to Mariposa, she could have ended up in trouble again. But through pure good luck, she ended up befriending a couple of really good kids who showed her the meaning of kindness and true friendship.

The theme of friendship was the most important one. I’m always amazed by the extent to which friends can affect a person’s life choices.

‘Watch What You Wish For’ is now the first book in the trilogy entitled ‘Mariposa Mysteries.’ I’m currently working on a YA novel that will probably be available in late March.

Watch What You Wish For 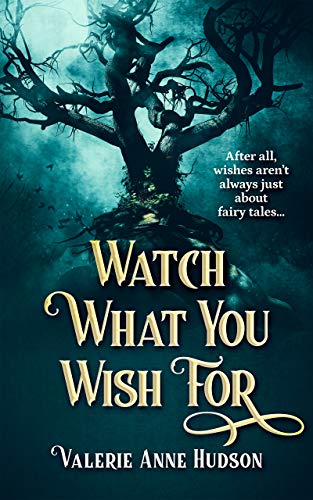 Watch What You Wish For is a middle-grade story following a girl named Sophie and a tree with magical powers, infamous for being evil. I absolutely enjoyed this rousing adventure story! Although the characters are in seventh grade their age did not take away from the story’s depth; I was entertained from beginning to end.

I personally loved the character of Sophie, she’s troubled and easily influenced because she wants to be liked and she yearns for companionship–all of that made her relatable and realistic. Sure, this book has a clear morality lesson: be careful what you wish for, because you never know the outcome, but the story goes beyond the conceptual with a mystical narrative filled with expressive characters. The reader witnesses Sophie’s character slowly develop throughout the story. She has made bad decisions in the past, influenced by someone she thought was her friend and we are able to see her take accountability for her actions by the end of the story, and it is satisfying to see.

Author Valerie Anne Hudson does a wonderful job in portraying different types of friendships and relationships that Sophie has had that lead up to the beginning of the story. The refreshing writing style definitely compliments this creative story as each chapter leads up to and hints at what is to come in some entertaining ways. I am even more intrigued by how the story ended, wrapped up quite nicely but with potential for a must-read sequel. I would love to see the story behind Merle and his magic tricks.

Watch What You Wish For is a fast paced coming of age adventure novel that infuses magic and adventure into the story in inventive and captivating ways. This is the type of story I loved when I was younger. With some unforgettable scenes, inspired characters, and a fun storyline, this book will entertain anyone.