I found Vatican Protocol to be a grand journey that crosses over the Atlantic to Europe in a search for answers. What was your inspiration for this thrilling novel?

The inspiration was a combination of the terrific novels by Robert Ludlum where multiple plots converged at the end. There are so many questions regarding Nazis, UFO’s, religious and governmental conspiracies I had as much fun doing the research as I did writing the book.

The book follows Sean who seems like a regular man with very irregular friends. How did you set about creating Sean’s character and what was most important for you to get right?

Sean is similar to me. He is the coordinator and orchestrates activities and watches what swirls around him. Because he is somewhat like me, I didn’t want him to be the hero, which would have felt contrived. Instead he brings together his band of associates and keeps the ball moving forward without being the main focus.

I enjoy reading conspiracy theories that involve the church and global cover-ups. What is your favorite genre of books to read and how do you think that influences your writing?

My favorite genres are conspiracy and crime thrillers. I like Michael Connelly, John Sandford, John Grisham, Stuart Wood, James Patterson and many others. I like surprises and interesting characters. I’m also partial to recurring characters from one novel to the next.

Since the release of Vatican Protocol I’ve had two novels published. Serial K and Serial K Returns. These are in the crime genre and have both won awards. The next one to be released is named Real Monsters and will be available late Q1, 2018 or early Q2.

Struggling writer and nearly bankrupt Sean O’Shea is searching for the blockbuster story from which he can create a best seller. The goal is to regain his financial independence and self-esteem. When he learns of a horrific 1936 UFO crash in Germany’s Black Forest, he chases the story to its origin. The discovery of insidious Nazi involvement piques his interest and when he unearths secret assassinations of previous investigators, he is hooked. As his probe continues, witnesses are murdered and he becomes the target of deadly agents sent by the most powerful man in the Vatican-The Black Pope. The cover-up is greater than he ever imagined. When he discovers that UFO’s, Nazis, Wewelsburg Castle and the Vatican are connected, he has the killer story he envisioned, though it just may kill him to get it published. 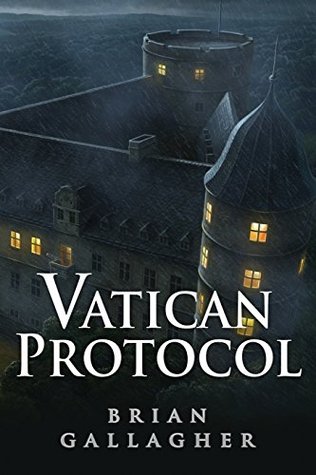