← Powerful Force for Humanity
A Top of the Line Predator →

A Chronicle of Rebirth 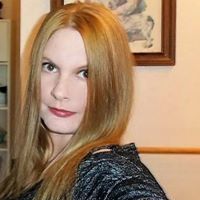 A Chronicle of Rebirth: The Magus is a genre-crossing novel with elements of a romance, fantasy, and suspense as well. Did you start writing with this in mind, or did this happen organically as you were writing?

The Fantasy genre crossing with the romance genre was deliberate. I had always felt as though there could be more books with those two genres mixing. As for the suspense aspect, it was entirely organic. Originally, the project was started by me and then my husband and co-author James joined me. We had never thought of our writing as suspense, but we are happy that we achieved that with our story.

Nelina and the Magus are both interesting and well developed characters. What was your inspiration for their characters and their relationship?

The characters were developed slowly over the years. My Husband developed the character Ru’ark while playing Dungeons & Dragons and kept the character through his years of gaming. Nelina developed as a mix of several of the characters I have played over the years. Their relationship is in part a reflection of the relationship my Husband and I have together. We always love each other and have one another’s back. However, unfortunately neither of us have any magical smoke ability. One other correlation to Nelina and Ru’ark is how fast they fell in love. My husband and I met because I read his poetry online. After talking on the phone, he hopped on a Greyhound bus a few days later and travelled from Maine to Illinois to meet me. The moment he stepped off the bus, he swept me off my feet and kissed me before even saying hello. Well, last August 4th 2017 was our 11 year wedding anniversary, so 12 years in total we’ve been together.

What was the writing process like for the two of you working as a team? How do you toss around ideas and decide on what goes in the story?

Our story goes through a basic brainstorming process, which tends to involve Dunkin Donuts and coffee. At first, as we toss ideas back and forth sort of sketching out the outline for the book, then depending on what chapters call to one of us, that person will write the rough draft. From there we pass the it back and forth, adding things and removing parts until we are both happy with the finished product. The ideas that tend to stick are the ones that fit the story most. We have a simple credo that we write by- it’s all about the story. If either one of us feels that a part of the draft doesn’t serve the story as a whole, then it gets nixed.

This is book one in the series. Where does book two take readers and when will it be available?

In Book two, the readers will learn that Nelina’s promised powers at the end of book one are not quite what the Magus expected them to be. Also, they will be learning what is happening back in Danthamore with the Queen ruling her kingdom without the Magus exercising his influence. Plus, readers will find out what has become of Elian, Adar, and Claire. Malark and the Outlander will definitely be making an appearance in the second book as they journey out of the Waste. I’d love to be able to give a solid date to book two’s release, but I simply don’t have one to give other than in 2018. What I can say is that the book is worked on every single day, barring emergencies and natural disasters. So far, we are half way done with the 1st draft.

← Powerful Force for Humanity
A Top of the Line Predator →