Witch Heart follows Jan as she returns to West Point under a cloud of suspicion when several people are killed in unlucky accidents. What was the inspiration for this 3rd book in the Gray Girl Series?

The Gray Girl series (Gray Girl, Area Bird and Witch Heart) is mostly inspired by my experiences as a cadet at West Point from 1981-1985. Jan Wishart’s adventures are embellished, of course, but many of the events are authentic or realistic to what we experienced at that time. Being labeled a “witch,” for instance, certainly happened to some women then. Recently, we have seen examples of derogatory “labeling” used on outspoken and/or ambitious women.

The novel starts out at Army Airborne School in Fort Benning, GA. What experience do you have with the military. Anyone in your family serve?

Well, as stated above, I attended West Point in the early 1980’s. After that, I served five years as a missile maintenance officer in the Army. As part of our training, I attended Airborne School during the summer before cow (junior) year, which follows the storyline in Witch Heart. I wrote most of the Airborne School chapters based on memory. However, I cheated a little and looked at Youtube videos. I also consulted a few friends who went through Airborne training. One of my beta readers was stationed with the 82nd Airborne for a few years.

The book tackles the social issue of women serving in the military. How do you see women in the military and what is a common misconception you’ve come across?

Women have only added value to the military, as they have in all areas where they have been allowed to compete. One common misconception that seems prevalent is that standards had to be lowered for women to enter the military academies. What is surprising, however, is that ALL standards have gone up since women have been admitted. There’s probably a social-gender dynamic that might explain this reality, but physical and academic standards began to rise considerably with the admission of women cadets.

Jan is a well developed character. What were some obstacles that you felt were important for the characters development?

I wanted Jan to be a good person, but flawed. In other words, I wanted her to be authentic. I think hearing her internal dialogue (which is more prevalent in the first two books) is both an obstacle and an opportunity to bring a character to life. The reader sees her inner self, knowing her mixed emotions and the biases that she carries with her. You don’t really hear the inner voices of the other characters, but hopefully, using dialogue and actions, you get a feeling of the well-developed relationships and personalities.

Where does the story go in the next book and where do you see it going in the future?

Jan has to finish West Point. So, the final book in the Gray Girl series will be about her firstie (senior) year. She will encounter another major problem at West Point which can only be solved with the help of her friends and collaborators. This one, if I can pull it off, will involve international espionage—or something like that. I hate to say too much until it’s written because often times the book takes on a life of its own—and I never really know what’s going to happen until it does. It’s called writing. 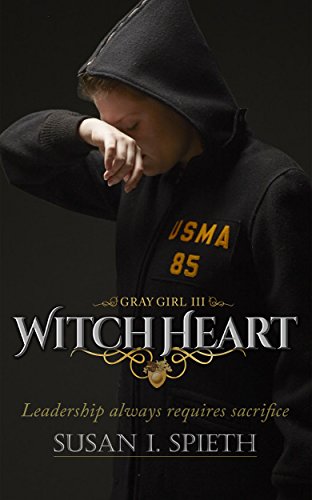 “Jan Wishart starts cow (junior) year at West Point in Airborne School. Terrified of heights, she narrowly escapes an accident that later turns deadly for another jumper. With a third death in as many years associated with her, Jan returns to West Point under a cloud of suspicion. Ominous signs left for her to find cause Jan to lose a precious and necessary requirement for survival at West Point: sleep. With her mental state in question, a masked intruder makes nocturnal visits to her room. Or is she imagining that? Events escalate to the point of no return for Jan and her two best friends. When they swear an oath of loyalty to each other, they have no idea how much it will cost to fulfill that vow. Leadership always requires sacrifice. So does loyalty. And sometimes, one virtue must yield to the other.”