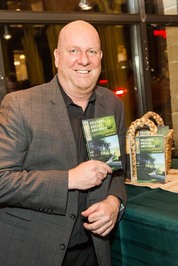 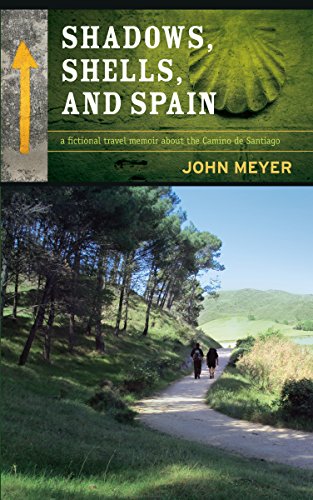 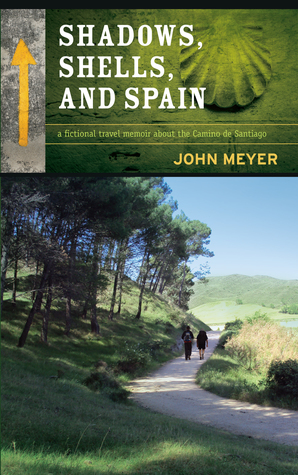 Would you walk a mile for someone you love? What about 300 miles? In John Meyer’s Shadows, Shells and Spain this adult fictionalized travel memoir tells the story of Jamie Draper’s journey on the Camino de Santiago trail.

Jamie Draper was a happily married man who loved his wife Pamela very much. But when she surprised him with a divorce, it had caught him off guard. Ever since he received a postcard addressed to him from Spain, it had sent him on a journey. He quit his job as a history teacher in Canada and moved to Palma, Spain, hoping to reconnect with his wife and discover why she so abruptly left him. He then starts a journey to follow the Camino trail to find his wife by following the subtle hidden clues in her letters to him. Along the way he makes interesting friends and explores the trail with some intriguing strangers. He meets a British woman named Brie Bletcher, who’s estranged from her husband Martin. When Jamie tells her his story, she joins him on the trip. Gaining clues and traveling along a striking trail they  hit some snags from missing letters to some stained by the weather. When Jamie discovers that his wife is very sick in a new batch of letters, it gives his mission a new urgency.

This story takes place in present day Spain and some parts of Canada. These are beautiful landscapes on their own and John Meyer is able to bring them to life with vivid details. This being a fictional travel memoir I expected some heavy scene descriptions, but these were broken up by the curious characters that pop up along the trail as well as Jamie’s intereactions with Brie. The story was well written and grows more profound the longer he travels the trail. It had a bit of literary fiction, romance, mystery and drama all wrapped into one story. The theme, I felt, is about life, loss and love, and how to move on from grief. This would be ideal for people who love travelogues and who love tear-jerking novels.

Although I enjoyed reading this book, there’s a lot of factual and historical tidbits that slow the pace of the story. I wish this was streamlined so that I could get back to my favorite part, the characters. Although travel readers will enjoy the architectural highlights of each town and accompanying history. If you can’t make it to Spain, this is your next best option.