Sentinels of the Night is an action-packed novel that follows tracker Cat Morgan who uses forces beyond her understanding to find murder victims. What was the inspiration behind this story and how did you turn that into a novel?

I’ve always been intrigued with characters who have an extra edge, that ability to overcome adversity and danger. Add to that my infatuation with Native American myths and legends and Scottish and Irish folklore, and you have the backdrop for my characters.

In Sentinels of the Night, I created an elite FBI unit—Trackers. Each has a secret, that extra edge that defies reason and logic. Tracker Cat Morgan’s paranormal element was pulled from a Native American myth.

As for the plot, I have twenty-seven years of law enforcement experience. I served in patrol, undercover narcotics, advanced accident investigation and the SWAT team. I was a unit sniper. Several incidents in the book were based on those experiences. Early in my career, I crossed paths with a serial killer who was convicted on eleven counts of homicide. I have never forgotten the dead look in his eyes. That memory was the basis for the serial killer.

Cat Morgan is a mysterious and alluring character. What were some of the trials that you felt were important to highlight the character’s development?

The character had to deal with issues she couldn’t ignore. While her extraordinary gift added to her investigative ability, it made her different and there was the ever-present fear of rejection if her fellow agents found out.

I enjoyed the tension that builds between Cat and Kevin. Was their relationship something that was mapped out or did it grow organically?

It developed as I began to add depth to the characters. Kevin questioning his sanity as the plot progressed added another dimension of trust.

I published the second of the Tracker novels, Going Gone! about two months ago, and a third is on the way. I hope to have it completed by the end of the year. 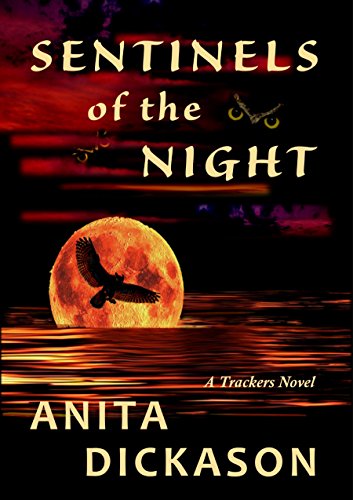 FBI Tracker Cat Morgan has an unusual talent, one she has successfully concealed, even from her fellow agents. That is–until she finds a body with a strange symbol carved on the forehead during a stop in Clinton, Mississippi and crosses paths with the town’s rugged police chief, Kevin Hunter.

Despite his instant attraction to the sexy agent, Kevin is suspicious of her presence at the crime scene and isn’t buying her dubious explanations. He wants her out of the investigation and out of his town.

The discovery of another mutilated body with the same symbol sends Cat back to Clinton, and this time she isn’t leaving. To stop the killer, Cat must find a way to overcome Kevin’s distrust and will face an impossible impasse–truth or lies.

But will either one matter, when the killer fixates on her for his next sacrifice?