The Gentleman’s Guide to Cooking

Who knew cooking would be so much fun, even for those that do not love cooking? In The Gentleman’s Guide to Cooking, Randy Motilall shares exciting and interesting ways of cooking. The author uses a variety of recipes to show his culinary skills. Have trouble making your favorite chicken curry? Bacon-wrapped shrimp? Peruvian Lomo Saltado? Or even Brazilian Cheese Bread? Randy Motilall has got you covered. The author guides readers through creating a satisfying meal and teaches readers the importance of experimenting with different cuisines of the world.

Randy Motilall not only teaches the reader how to make delicious foods, but he also shares tips on table etiquette. Many people are not aware of how to properly set the table for an elegant meal. Setting the table is the first thing your guests see and the backdrop to showcase the prepared meal. The author guides you on where and how to place the dinner plate, soup or salad bowl, wine glasses, various forks, knives, table napkin, salt shaker, among other things. In addition, there is an illustration of how to place different cutlery and how to use them. Finally, the author has categorized the various meals so readers will have distinct recipes for appetizers, drinks, bread, salads, soups, sides, entrees, desserts, what to have the following day, and extras. Every meal the author writes about is accompanied by pictures, encouraging you to try them out. The text combined with the beautiful images of the recipes made reading this book a wonderful experience.

After reading this book, cooking does not appear tedious at all. The foods shared in the book can take as little as 20 minutes for some. You can make a meal for one or a group, and it will still be delicious. With The Gentleman’s Guide to Cooking, you will feel like you have stepped into kitchens in Asia, the Middle East, Latin America, and many other parts of the world. The recipes are excellent, and the author shares personal stories and insights with the reader as he talks about the foods.

The Gentleman’s Guide to Cooking is filled with engaging language and humor. With this book, Randy Motilall may have targeted a specific demographic, but it can be recommended for anyone who enjoys spending their time in the kitchen preparing meals. In addition, readers who enjoy cooking, want to learn about cooking, and just love all things food will find the information and stories in this book and the recipes refreshing.

Modern Day Cowboy: The Making of a Gunfighter 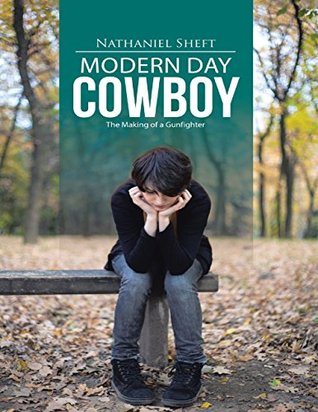 The novel Modern Day Cowboy: The Making of a Gunfighter depicts the life of Mattie, a young woman living in the middle of nowhere, Canada. Mattie struggles to recover from a painful incident which took the life of a mentally disabled boy that she cared for, and as a result, Mattie takes up employment at the local gun shop in town. It isn’t long before the owner senses Mattie’s need for revenge, and sends her to a boot camp in Arizona to train to become a gunfighter. She quickly becomes proficient at her newly acquired trade. But being rising talent comes with many disadvantages, as other female gunfighters come out to challenge Mattie. When she’s not off to a fight, she is conflicted with feelings for her contract and love interest, David. When his safety is threatened, unlikely friends come to Mattie’s defense, and old histories begin to reveal themselves.

What’s most interesting about this story is the idea of real life gun-fighting. The concept is very unique and Nathaniel Sheft really brings this hobby to life with his novel. The possibility of the organization, a multi-billion-dollar underground business, where women are trained for months at a time to go out and kill each other in a few brief seconds is fascinating. It’s even more empowering that the novel focuses on the sport as it is played by women. Sheft really challenges gender roles and introduces us to some of the most conniving, evil, clever, and entertaining female characters throughout this book, and it’s nice to read through a novel where the protagonist is a strong female character. Mattie’s transformation from depressed, isolated girl, to confident a, in your face, woman is what gives the story it’s flavor. She shows readers that you don’t have to be drop down beautiful or have any sort of history in etiquette. As long as you’re determined to accomplish your goals, you’ll be alright in the end.

The drawbacks to this novel however was that the writing style fluctuates between being great and just okay, especially when it came to dialogue or the inner monologue of characters. When any of the characters were joking or angry, their dialogue came through as more aggressive, however, the language was more colloquial – some slang words here, mispronunciations there, which is fine. However, it was unbelievable for every character to speak in that manner when they were angry. Also, throughout the book, we get a lot of David and Mattie’s inner monologues. These are so elegant, almost philosophical, especially with David. It’s such a strong contrast to the average, or less than polite language found throughout the rest of the novel. It seems that many characters in the novel have the same sort of inner monologue, so it doesn’t leave room for much originality in the words and thoughts of the characters. The language used to describe a scene was jumbled or vague at times which made it difficult to figure out the setting, who was talking, what action was going on, and what point in time the story was actually taking place.

Overall, the idea behind Modern Day Cowboy is intriguing and leads to fascinating possibilities.