She Had a Lot of Secrets 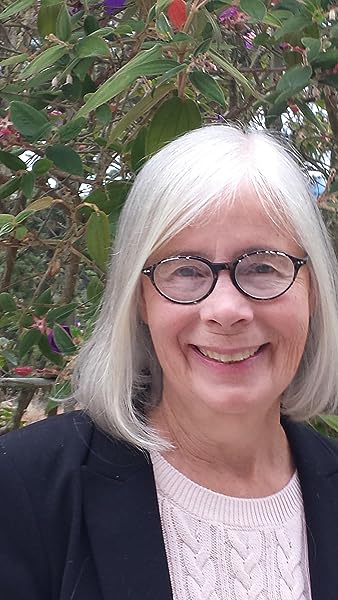 Mademoiselle Alice tells an intimate tale that takes readers on a personal journey through life and love. What was the inspiration that made you want to turn Alice’s life into a story?

I spent three years writing a history book called Alice & Eiffel, A New History of Early Cinema and the Love Story Kept Secret for a Century. As soon as I finished it, my girlfriends said: “We want a novel!” Alice wrote a memoir that is very cryptic, only 120 pages. I felt that she had a lot of secrets which she alluded to, particularly about her father, her experiences at the convent, and her relationship with Eiffel.

Why did you choose to write the novel in the first person?

When I started the novel, I spent several months writing Alice’s story in the third person, but it felt distant. I felt like I was flying over the rooftops, getting an occasional peek through a crack in the curtains. The novel didn’t start to come to life until I switched to first person and told it from Alice’s point of view.

Being basically kidnapped from her grandmother’s home at four and then being dropped off at the convent at six were the heartbreaks in her childhood that most captured my imagination and sympathy. Then of course when her father died when she was seventeen, that was the coup de grâce for her. In her memoirs she began with “My destiny was no doubt traced before my birth,” and I think she was referring to the early connections between her father and Eiffel since Eiffel really did go to Chile the year before she was born.

Alice Guy Blaché was a pioneer with so many accomplishments. What was the one thing that surprised you the most about Alice?

The biggest surprise was that although Eiffel was wildly successful and a very attractive person, Alice is more compelling. I think the story-telling gene that she developed was a result of her early experiences and not a function of ambition to make it in the movies which did not exist when she started.

The first film she wrote and directed, La Fée aux Choux, remains iconic in symbol and mystery. In one minute she tapped into the deepest themes of human experience: romantic love, sexual attraction, and family. We know it when an artist touches that chord, cuts to the core of something deep.

The temptation with a biography of a famous or accomplished person is to stack up their achievements in an intimidating tower. You can do the same thing with Eiffel. Would you like to read about all forty of the bridges he built culminating in his famous tower? That has been the outline of all the biographies about him. They don’t get close to the real person.

What kind of research did you have to do to maintain the historical accuracy of the book?

I look up all kinds of quirky things. It is not at all efficient, but you have to cast a very wide net. I read French and American newspapers from 1890s through the 1920s, and it is surprising what you run across, such as a column entitled “What makes a woman charming?” The old newspapers reflect how people thought back then. The phrase “gender roles” wasn’t coined until 1955. In Alice’s time, being a wife and mother were a woman’s duties, not roles she chose. The “old maids” were viewed as having missed the boat of life.

I am working on scripts for Mademoiselle Alice. I think it would make a good television series starting with the California Gold Rush. Many people came from France to California during that period and I believe Alice’s father was among them. Everyone wonders how Alice was able to do cowboy and western films. I think it was in her DNA. 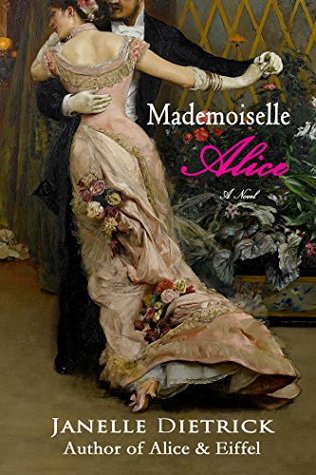 A deeply evocative story inspired by real events: the love affair between two unforgettable people—Gustave Eiffel, the builder of the Eiffel Tower, and Alice Guy Blaché, a pioneer in the art of cinema. Mademoiselle Alice steps out of the shadows into the reader’s mind as an endlessly intriguing and entirely relatable young woman. Told through Alice’s eyes, we get to know her, her family, and Monsieur Eiffel. Eiffel is not looking to fall in love—he is a widower who has everything—wit, wealth, fame, and brilliance. He was a friend of Alice’s father who died when she was seventeen, and the story she tells of falling in love with him is funny and emotionally intimate. Alice and Eiffel forge an enduring romantic and intellectual bond. But while she wants to marry him, he refuses because he is so much older than she is. Out of her desire to have a family, she marries a handsome Englishman and travels to the United States, where she works with D. W. Griffith and then opens her own film studio. Some of her emotional experiences find expression in the scenarios she writes for film. Her relationship with Monsieur Eiffel continues on in her mind and leads to some surprising developments. Mademoiselle Alice tells us much about women’s lives during the silent film era in France and the United States. Combining a biographer’s knowledge of her subject with the novelist’s gift for narrative, Janelle Dietrick has crafted a novel that will capture the interest of every reader.

Alice Guy Blaché was a pioneer of her trade with so many accomplishments, feats you could look up and applaud through history. Written fictitiously from the point of view of Alice herself, Mademoiselle Alice tells an intimate and redolent tale, painting Alice in the most relatable way. The reader has a chance to experience through Alice the era she lived in beautiful detail, alongside the relationships that added such color to her life. One, the romance between herself and the renowned Gustave Eiffel himself. Eiffel has no interest in love and yet develops a strong romantic tie with Alice. Their relationship is a cornerstone of Alice’s life and even as she moves on, it reflects throughout her work and pursuits to follow.

Mademoiselle Alice was a powerful and moving story. I applaud Janelle Dietrick and her dedication to bringing Alice Guy Blaché off the dusty pages of history and into present mind. The amount of research alone is worth its own accolade, and Dietrick chose to deliver beyond just that, combining the scholar and the storyteller to create a wonderful recollection of the life of Alice.

One factor that truly stood out to me as a reader, was Dietrick’s innate skill of drawing one in to the many emotions of Alice’s tale. From the budding and fleshed out romance between Eiffel and Alice, her apprehension and excitement when building her own studio, to her joys throughout her journey of motherhood. I found myself feeling the same as Alice and I continued further through her recollection and telling of her own life. Dietrick used the first-person narrative in a masterful and gripping manner, allowing readers to fully immerse themselves in the personality of Alice and her intriguing mind.

Usually, I find myself caught up in some novelists writing style; their sentence structure and syntax. I can honestly say that Dietrick writes such an enriching and powerful story. The writing style flows well. I can’t recall any particular moment while reading where I found myself jarred out of the story as I often have with other writers. There was a well weighted balance of descriptive setting, dialogue, interaction, and historical detail that kept me immersed and entertained.

I have a strong affinity for historical fiction but such does not negate that Mademoiselle Alice: A Novel stands up for itself as a wonderfully well written and fun review of the life of Alice Guy Blaché. You can tell that Janelle Dietrick takes pride in not only her work, but in the dedication to presenting the important role Alice has played in history. Her writing compels the reader to appreciate such without the dryness or brevity of a history book. She breathes life in to Alice, allowing the reader to really appreciate her as a relatable person.