Soul Seeker follows a soul hunting demon that is captured and turns against Lucifer after forming a relationship with an angel. What were some sources that informed this novels development?

I enjoy reading supernatural and paranormal stories, and always wanted to write one. It didn’t seem like a far stretch, since I already write psychological thrillers. Ray Garton, Andrew Klavan, Terry Goodkind, and Stephen King are just a few of the authors I admire and were inspired by, while writing this story. Plus I love pitting good against bad, and what greater conflict exists than forced relationships, especially when they involve angels and demons.

I appreciated the exploration of morality in this book. What were some themes you wanted to focus on while writing?

It might well be that all moral agents accept a code of prudence or rationality in this book, but this would not by itself show that prudence was part of morality. So something else must be added; for example, that the code can be understood to involve a certain kind of impartiality, or that it can be understood as having the function of making it possible for people to live together despite their extreme beliefs. In SOUL SEEKER, enemies are forced to not only accept one another but also depend on each other for their survival — a lesson we can all learn from.

Crighton is a standout character for me. How did you set about creating his character?

I wanted to create a complex, flawed, evil character that seeks approval by any means necessary. He has a conscious, which he and Lucifer view as a weakness. On his journey to self awareness, he develops empathy and becomes self sacrificing, while growing his ability to love. I wanted readers to hate him when he is first introduced and then discover his redeeming qualities.

I’m currently working on the next installment in this book and have titled it ANNIHILATION. In this story, Lucifer’s daughter turns Hell into a far worse place and threatens to overtake Heaven by whatever means necessary.

If all goes according to plan, I’m hoping to have this book available in the Spring of 2021. 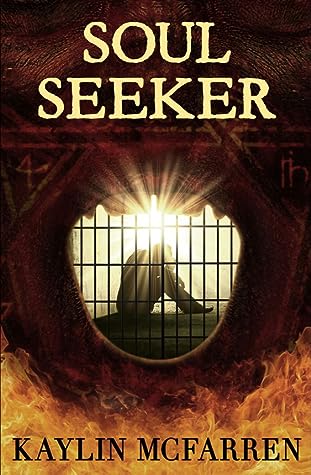 Soul Seeker opens with a man on death row for the murder of his son. What seems like a heartbreaking homicide with a bleak conclusion turns into a riveting supernatural tale when the man on death row tells his lawyers the truth. A demon named Crighton killed his son. This sets the tone for a novel that is equal parts grounded and gritty with a good measure of the supernatural to keep you guessing.

What I truly enjoyed about this book was the characters. Each one is meticulously developed and evolves as the story progresses. Benjamin Poe, the dedicated father, is empathetic but strong. Crighton is the stand out character, for me, in this haunting novel. He’s Lucifer’s top soul catcher and through his introduction and story line we get to explore various ideas about morality, or the perception of morality, and the dividing line between the two. As well as how choice plays into all of it. Kaylin McFarren has done an excellent job of creating a gray area that allows your mind to wander while being absolutely thrilled by the intricate paranormal story that unfolds.

What happens when a demon and an angel fall in love? As in the beginning, I was not expecting this book to pivot to a paranormal story, and then pivot again to a romance story. Kaylin McFarren has a similar literary talent to Stephen King in her ability to introduce just the right amount of mystery into a story that keeps things eerie and the tension high. Soul Seeker is an exceptional paranormal thriller that delves into the souls of humans, demons and angels. What we uncover is surprising. 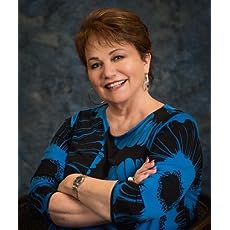 High Flying follows stunt pilot Skylar when she’s flung back in time and has a chance to investigate her origins. What was the inspiration for the setup to this thrilling novel?

I have always loved time travel stories and have been intrigued by the idea of changing our personal history if given the chance. Our parents have a great deal to do with who we are as individuals but sometimes we don’t understand them and knowing about their past lives become a true education and door to our future. In addition, my father worked for United Airlines for years and I remember sitting on his shoulders, watching planes take off from the tarmac at LAX. I’ve had the opportunity to virtually fly around the world and the idea of bringing my passions together seemed perfectly natural.

Skylar is a well developed and endearing character. What were some themes that were important for you to capture in her character?

I wanted to creating a troubled young woman who was damaged by the choices her parents made and negatively impacted by the people she’s lost in her life. By being forced to experience her parents’ lives first-hand, she has the opportunity to grow, let go her anger and self hatred, and ultimately discover the compassion she holds inside.

Skylar is orphaned when she was young and she tries to reconcile that throughout the book. What were some driving ideals that were important for you to explore?

I initially wanted to make readers aware of the thought process behind cutting—a troubling behavior that was introduced to me by a dear friend. It is more common that people would like to admit or believe and is becoming a common practice among young girls in our society. Bullying and isolation often leads to this method of dealing with anxiety, as well as physical or mental abuse. Skylar finds her release through martial arts and eventually flying. Her struggles with overcoming the neglect she’s known is what makes her a stronger person and a more endearing character in this story.

I’m currently working on a sci-fi thriller that involves reincarnation and stolen souls. So I guess I’m pushing myself to try genres outside of my comfort level, which has been great fun thus far. I typically write one book a year, so I would watch for this one in 2020! 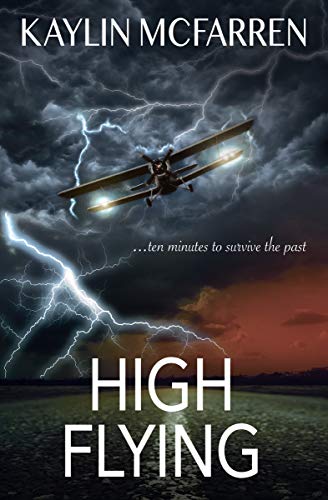 Skylar Haines has struggled with personal demons most of her life, going to dark extremes to subdue anxieties rooted in her tragic past. On a perpetual hunt for the next adrenaline hit, she discovers a passion for flying and becomes a hard-edged stunt pilot, verging on obsession. In the sky, following her most daring airshow, she encounters a mysterious storm and almost collides with another aircraft, sending her into a perilous dive. Guided by a mysterious voice, she manages a safe landing but finds herself transported to another time.

Eight months before she was born. One week before her father was murdered.

Though baffled by her circumstances, Skylar soon arrives at a single certainty: Before her lies a remarkable chance to change her family’s destiny drastically for the better — or possibly even worse — depending on the choices she makes, before her window of opportunity closes.

High Flying, written by Kaylin McFarren tells the story of Skylar Haines, a talented young pilot. This is a complex story, filled with both suspense, drama and themes of love, the complexities of family, self-harm and sacrifice.

The main character, Skylar has been orphaned – her father died before she was born and her mother died when she was seven years old. She lives with her stern and seemingly uncaring Grandfather. This has left a huge and detrimental impact on her life. The reader is plunged into the pain Skylar is suffering on the very first page, as Skylar retreats into her bathroom with a box cutter. She proceeds to self-harm, sitting desperately alone on her bathroom floor.

Skylar has found some solace in her new passion – flying, in particular stunt planes. Her enthusiasm and passion for flying are evident; as is her feelings for Jake Brennan, describing him as “an artist” in the cockpit. This new-found happiness proves to be short lived, as she flies into a storm when performing with Jake at an air show. After colliding with another plane she is transported back in time, where she is able to witness the poor choices her parents made that have led to her current life.

High Flying switches between modern day Nevada (2013 and 2018) and back in time to before Skylar was born. The story is however, predominantly set back in time – eight months before she was born, twenty-one years ago. I enjoyed the description of the town, in both the past and present, it was vivid and convincing.

The plot is generally easy to follow and logical. The plot is otherwise grounded and believable, other than the time travel bit. But the ending makes up for this by being quite believable and realistic.

Overall the story is engaging and entertaining. I highly recommend it.