Amanda Conway is a successful author enjoying a good night’s sleep in her Brooklyn apartment when her phone goes off. On the other side of the call is her cousin, Detective Pablo Conway, requesting assistance in solving two homicides that strongly link with Amanda’s worst childhood memories. That time in her childhood which she had put entirely behind her. That time was horrible not just to her but to several of her friends and other kids. The headmaster and the most despicable teacher at Winslow-Kent have been murdered, and Amanda has to face her past to help her cousin and her hometown, the quiet town of Carlisle, and get the killer to justice.

The Final Comeuppance by Carolyn Summer Quinn is a classic whodunnit mystery full of irresponsible adults, criminals thriving amid children, and innocent kids suffering from emotional and physical abuse. A private school hiding under the banner of prestige, Winslow-Kent houses some of the most nefarious characters who enjoy abusing children and money-minded misers who care less for the children and more about the fees they brought in.

Quinn has successfully built a playground of felonies and characters who have sold their humanity for a small amount of money. With a riveting plot of multiple suspects, Quinn creates enough doubt in the reader’s mind to consume the entire mystery in one sitting. The protagonist’s fear and hate towards the adults who failed her are conveyed powerfully.

The Final Comeuppance is a riveting police procedural novel with an amateur sleuth as the protagonist. Readers that enjoy reading about the bad guys getting what they deserve will be drawn into this compelling mystery while trying to figure out who the murderer is along with the characters.

Mystery Man and the Killing 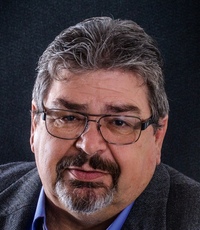 Dead Men Walking follows Nate as he is fighting for his marriage and career while getting involved in a case involving a mysterious man, a bullet and a whole range of unanswered questions. How did you decide on the direction for this second book in the series?

Book One, The Tenth Nail, ended with several unresolved issues and questions. Book Two felt as if I was writing an additional chapter to the first book. Nate is a strong but flawed man. Just as his strength is a result of his efforts, his weaknesses are the totals of his flaws. He finds himself where he is forced to ask for help in order to survive in the world he has created from himself. Some of that sought for help has to come from people he has wronged. Mystery man and the killing involved Nate in a case that for all practical purposes was unsolvable. I felt the case assigned Nate had to be as complicated as the killing of the girl in book one. It had to be part of the stressors that pushed Nate to the brink.

Dead Men Walking begins with an intricately described murder scene. What was your inspiration for this crime and murder scene?

In truth, most crimes, especially murders, are not complicated. Most victims know their killers and in a high percentage of time are on a first name basis. Most of us really have to know a person well to hate them enough to kill them. I wanted the opening crime, the murder, to be as tough to figure out as I could make it. I hoped to detail a killing, done in broad daylight, in public view and witnessed, that yielded no easy to find clues and little evidence. I hoped to create a feeling in the reader that they, along with Nate, had to work to solve the killing. I hoped the reader would feel as if they walked along beside the big detective as he tried to solve the killing.

Between Nate dealing with his old demons, family problems, and exploring a mysterious case, we get to dig more into Nate’s character. Was there anything that surprised you about his character while you were writing all this?

Nate takes pride in being an uncomplicated man. He has always been resistant to self-examination and some of that, I think, is that he is afraid of what he’ll find if he was to risk looking beneath the superficial layer. Throughout writing the book, I felt Nate and I were in synch. There was really nothing he did that surprised me. The same cannot be said for Clare. Clare is more cerebral than her husband and she is more willing to work through mistakes than Nate. In truth, I thought she would make other choices than she did for most of the book. In fact, an original storyline was made up of different choices I expected from her. Clare, like Nate, faces challenges and is forced to make life altering decisions. She caught me off guard with some of hers.

Where does book three in the Nate & Clare series take Nate and when will it be available?

Currently, I am working on the second book of the Jack and Terri Series and as readers know, Jack and Nate become acquainted in The Tenth Nail. It is Nate’s effort to repay Jack that is a strong undercurrent of Dead Men Walking. Book three for Nate and Clare, “Dance With the Devils”, will force Nate and Jack into a closer working relationship and slightly uncomfortable friendship. The book is planned for publication in the winter of 2017. 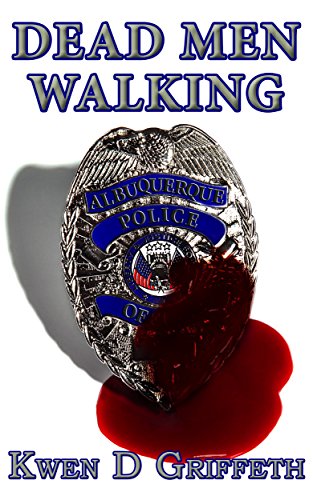 There was no doubt the man was dead. A bullet through the head will do that. But, who was dead? The man had no identification, no known address, no Social Security information could be found, and the fingerprint search came up empty.

Detective Nate Burns, Albuquerque Police Department knew two things. The man was dead and he was blood type was O+. The most common type of blood in the country.

Dead Men Walking is a fast paced police drama that tells the story of Detective Nate Burns, a man haunted by his past. That haunting has suddenly appeared in the present.
His Captain wants him fired.
A friend is calling in a favor.
A convict wants to make a bargain
His wife is thinking of divorce.
It’s a good thing he’s serving a suspension. He’ll find time to work all this out.

Dead Men Walking is the follow up to the award winning first Nate and Clare novel, The Tenth Nail. The story continues with Nate being assigned to a most difficult case. At the same time, he is trying to salvage his marriage, and since his wife, Clare, has returned to college, he must make sure he is not late picking up his daughter from her summer reading class.