It is 1939 when the bullet-riddled body of an accounting clerk from a gambling ship washes up under the Santa Monica pier. As city homicide detectives tenaciously chase down their only clue—a fast, expensive, and very exclusive Bugatti—their investigation leads them into a tangle of competing gangsters all looking to muscle their way to a bigger share of illegal gambling.

Meanwhile, Los Angeles County deputy district attorney Cliff Thoms is leading a special squad searching for a pair of serial killers who have already killed four young women and are on the hunt for more. Thoms, with the help of a self-proclaimed psychic he doesn’t quite trust, risks lives and careers in a desperate gamble to catch his elusive quarry. As the two investigations collide and rush to a deadly conclusion, dirty cops, DAs on the take, mobsters, grieving families, and reformer politicians must attempt to distinguish lies from the truth. Unfortunately, they are all about to discover that even the truth won’t help them now.

In this fast-paced tale of murder and gangland intrigue, a gritty district attorney and a band of detectives set out on a quest to solve two separate crimes amid a corrupted 1939 Los Angeles. 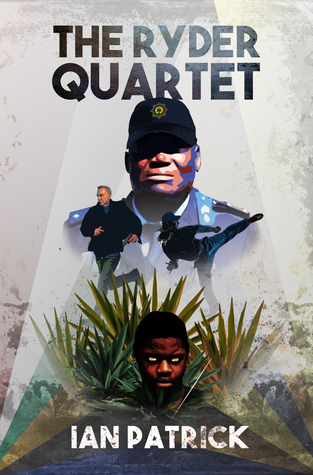 The Ryder Quartet is a crime/mystery series written by Ian Patrick, and consists of Devil Dealing, Gun Dealing, Plain Dealing, and Death Dealing. Devil Dealing is about a police investigation of an illegal gambling unit, where one of the department’s own is behind the operation and finds himself face to face with the consequences of his misdeeds. Gun Dealing is the story of an intense search for the gangster Thabethe which tests the ethical and moral judgment of the detectives involved. Plain Dealing focuses on cops who kill four thugs in an execution style shooting and try to cover it up, and Thabethe makes an appearance again as the eye witness to the shooting and tries to include Jeremy Ryder in with the corrupted cops out of spite. Finally, Death Dealing, tells the tale of the criminal’s determination to take down Jeremy Ryder for good. Their prime target has become his family.

Each of the books in the series build upon each other. Elements from previous novels carry over into the next one, building the tension and suspense of the series. Patrick takes a close and harsh look at the corruption within the police force in these novels, and focuses on the Durban, South Africa area as his setting. Often readers don’t think much about the settings in the books they read, but Patrick makes an effort to make the setting stand out, which makes you want to learn more about the area. It takes a strong author to make readers interested in the real life setting of a book, and Ian Patrick is such an author.

I enjoyed the book, but there were rare moments where I was grudgingly reading through paragraphs of unnecessary detail and commentary and I wanted to get back to what I enjoyed most about the novel, which was the characters and the core plot. Ian Patrick takes readers on a roller coaster ride through South Africa. The series is full of twists and turns that will leave the reader almost breathless. It’s nearly impossible to guess what will happen next. It is evident that Ian Patrick does his research for each of these novels. He writes with an air of authority and knowledge on the subject. Readers get an in depth look into what drives someone to committing evil acts and thoughts. This series is as much a look into the human psyche as it is a look into moral and ethical corruption. In most novels the villain becomes a sort of secondary character, but in the Ryder Quartet they become the main characters.

The Ryder series as whole is one that I would recommend to anyone who enjoys mysteries, crime thrillers, and even those who enjoy a good psychological novel. Each book left me asking, ‘what will happen next?’ And sure enough, I didn’t see the twist coming.