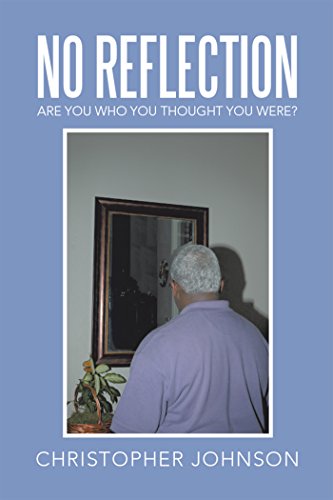 Across The Realm: Life Always Finds A Way

More than six centuries in the future, the northern and southern hemispheres have divided. Between them rages a bitter feud that has lasted for centuries and left them in a constant state of war. Both believe their technology superior, but one of them is very wrong.

Southern Askari Naledi and northen  Commander Gregory Douglas encounter one another, and their fates entwine, leaving confused feelings and split loyalties. A tale of war, bravery, love, trust and betrayal comes together to bring about more violence between the hemispheres than ever before. As both sides play a game attempting to learn more about the other, they do a very dangerous dance.

The first thing I want to say about this book is that it blew away all my expectations. I don’t read a lot of science fiction, and though this one sounded interesting, I still had my reservations. My reservations were not well founded, and the book was an absolute pleasure to read. The story Ms. Mitton has weaved together is an intense, can’t-put-it-down ride through an advanced civilization 600 years in the future.

The writing was excellent, something I really treasure in a book. It can make all the difference between an okay book and a great book, and this one was definitely a great book. There was a balanced mixture of well written, easy to follow prose, accented with the terminologies that qualify the book as science fiction. In the first few pages, I felt a little overwhelmed with the unexplained terms, but once I got into the meat of the book, all the confusion was cleared up.

The characters were very well developed, each one having their own personalities and quirks.  Because of the unfamiliar names, it was a bit difficult to keep up with who was “mated” with who in the southern hemisphere, but I didn’t find that to be terribly distracting. There were also a lot of characters, but I didn’t feel as though that was a drawback, as it can be in some books.

There were themes of homosexuality in the book as well, which I commend the author for. I thought the potentially touchy subject was approached confidently and handled deftly. Also, boldly written in was stereotypes many people in today’s world still continue to believe in, particularly in regards to race and ethnicity.  I felt the book had social commentary on racist views that still exist in some people, immersed in a page turning science fiction novel set in the distant future.

From what I can discern, this is Isbobel Mitton’s first novel, and it showcases her talent wonderfully. The story was compelling, in places heart pumping, and always beautifully written. This book is the first in a series, and the second book is in publication as well. I’m certainly going to be buying it and reading it immediately, I must know what happens next!

I cannot recommend Across The Realm highly enough, for both lovers of science fiction and people who do not typically read it.