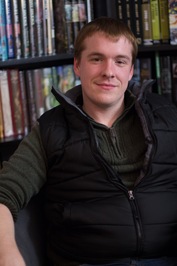 The Nightbreaker follows a paladin named Daniel as we’re introduced to the conflict between the gods of darkness and light and their conflict on the Mortal Plane. What made you want to write this prequel novella to your Broken Pact Trilogy?

Daniel has a major impact on the history of the Mortal Plane. His secret affair with Lio is the catalyst that directly leads to Lio’s fall and the creation of the Grey God’s Pact. Without Daniel, the world as we see it in the Broken Pact trilogy wouldn’t exist. Without spoiling too much of the next book in that trilogy, Daniel and what happened to him plays a larger role in the story, and how Trent and Ren deal with their own parallels to the Paladin hero.

Daniel is on a mission to defeat Rexin before he plunges the Mortal Plane into darkness. Do you feel that Rexin is Daniel’s antithesis, or did you want them to compliment one another?

I first came up with the story as my spin on the classic dragon-slayer tale where a hero must travel away from the kingdom to kill the beast that threatens to destroy it. Daniel is a conflicted character though, as he struggles with the nature of his birth and the way that he is viewed by society. It made sense for Rexin to be a physical manifestation of the darkness that Daniel sees in himself. In order to overcome this external force he doesn’t just have to banish his own darkness, but accept it and use it.

The battle of good vs evil is a theme we see often in fantasy. Do you think the Gods of Darkness and Gods of Light represent this contrast or is there a grey area?

I’ve tried to take the classic good vs. evil tale and add grey areas within each of the factions. Lio, the villain of the Broken Pact trilogy, is a fallen God of Light, who only fell because of his love for a mortal and his natural desire to avenge him. Daniel commits an objectively evil deed at the end of The Nightbreaker to defeat Rexin the Blasted. Although the Gods of Light and the Gods of Darkness represent that classic dichotomy, the individuals who makeup and serve those groups fall into somewhere between good and evil in their personal morality, which makes their interactions all the more interesting.

What is one thing that people point out after reading your book that surprises you?

I’m usually surprised at many of the little world-building details that people pick up on. I try to seed references to other stories and events in the world that I have planned so that sometime in the future when those stories are written the whole series will feel like a more cohesive whole. It’s a really cool feeling though when people catch some of those now, and ask me, “What’s up with that? When do I get to find out what that meant, or who they were talking about?” My answer: keep reading. 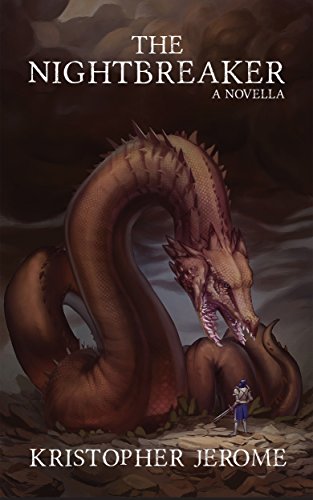 Be sure to read this exciting prequel to the Broken Pact Trilogy before reading the second book in the series, Cries of the Forsaken.

In the years before the Grey God’s Pact, the Gods of Light and the Gods of Darkness waged war upon the Mortal Plane. Fighting alongside them were armies of men and monsters. The Champion Daniel, a Paladin of the Light, leads a band of warriors into the wilderness to defeat one such being, Rexin the Blasted, before the creature engulfs the entire Mortal Plane in an endless darkness.

Daniel, scorned for his heritage as the child of a rapist, must first come to terms with his own identity and what he is willing to do in the name of the greater good. Sometimes wicked deeds can destroy wicked things. 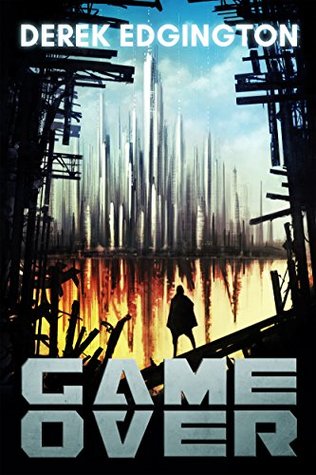