Zero follows a man that’s convinced by his devious wife to campaign for political office and embarks on a whirlwind tour of fundraising, cover-ups, and scams. What was the inspiration for the setup to your story?

I was inspired by two plays written in an absurdist style (The Bald Soprano by Eugène Ionesco, Ubu Roi By Alfred Jarry). I was also inspired by numerous figures in American politics, particularly the devious, double-speaking opportunists who do/did not have the public interest at heart. My final inspiration was that famous Inspector Clouseau.

The characters in your story are interesting and well developed. What were some driving ideals behind your character’s development?

It seems to me politicians follow a formula when running for office. I tried to tap into, illuminate and satirize those formulas: Portraying the country in dire trouble, presenting themselves as a savior, the person who will rescue and heal the nation. Politicians usually present a long list of promises, most of which cannot be kept. They speak the language of “what people want to hear” rather than “here is the hard, complex truth.” I find many politicians lack honesty and the ability to think critically; instead, they sidestep issues, play the victim card, amp up the shortcomings of their opponent. Key factors in becoming elected are money, publicity and the ability to spin “information” to their benefit. They look for catch-phrases, digestible sound-bites, repeatable slogans

I suppose I have a cynical outlook when it comes to politics. I wanted to explore the circus atmosphere that surrounds a political campaign. I wished to undress the greed, deceit, self-serving interests and tactics of many political figures. That said, there are politicians that I truly admire, such as Barak Obama and Stacey Abrams.

I am not working on another book at the moment. My book GOODS & EFFECTS was launched the same day as ZERO. Much of my time is now devoted to publicizing both books. 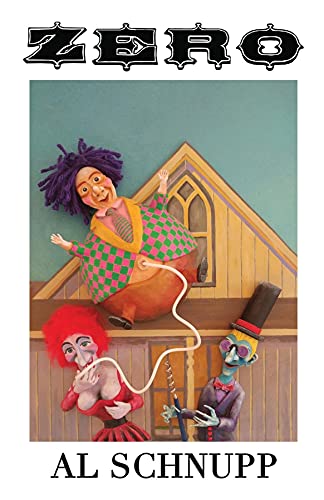 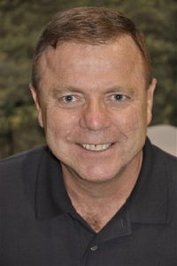 In the latest Nick Grant adventure story the Japanese plot to steal the famous Hughes H-1 racer. What was the inspiration for the setup to this exciting novel?

Interesting, during the World War II, Howard Hughes got the opportunity to examine a captured Japanese A-6M Zero. He recognized several innovations he had incorporated into the H-1. Many years later, he told a story about a 1936 break in at his Culver City airport. The culprits ransacked the H-1 hangar and several blue prints were missing. The Japanese were never implicated. I took those snippets of story and wrote Nick Grant into the action.

The supporting characters in this novel, I felt, were intriguing and well developed. Who was your favorite character to write?

I enjoy writing the supporting characters as much as I do writing Nick. In each novel, I have introduced news characters – some good – some evil. In Black Dragons Attack my hands down favorite is Brian O’Malley. Without exception, the advance copy readers loved him. Those same early readers asked that I include Brian in future Nick Grant Adventures. Brian is a good hearted cowpoke who has a pivotal role in the story line. Cowboys and spies? An interesting combination that I hope my reader’s enjoy as much as I did crafting the story.

The Black Dragons are working for the Japanese Intelligence Service who are conspiring with the Third Reich in California. How did you develop this twist? Anything pulled from real life?

As a young military intelligence officer, the Army assigned me to the US Pacific Command, Oahu, Hawaii. Several of the old hands told me about their experiences before and during WW II. One retiring Army Counter Intelligence Agent spoke about a concerted espionage effort between the Japanese and Germans. A married couple, who were in fact German Spies, provided critical information to the Japanese prior to the December 7th, 1941 attack on Pearl Harbor. Another spoke about and effort to steal US Communications codes. A third spoke about a effort in California to infiltrate US aircraft manufactures to steal advanced US technology. Much like the Chinese are doing to us today.

I understand that real people inspired this story. Who were those people and how did they impact you?

Once I saw bestselling author, Homer Hickam, of October Skies fame, wearing a T-Shirt emblazoned with the following: BE CARFEFULL – YOU MIGHT WIND UP IN MY NEXT NOVEL. I build my characters around people that I have known in my life. Some are blends of different individuals others are as I remember them but with cover names. As a career foreign intelligence officer I have known many people that would stretch the reader’s belief. One stands out in my mind, the senior intelligence officer of the Army’s Paratrooper Division, the 82d Airborne. Then Lieutenant Colonel Nick Grant – now Brigadier General (Retired) Grant was a huge influence on me. During down time on maneuvers he told me about his youth and burning desire to become a pilot. Like my character, Nick Grant actual comes from humble beginnings. He worked hard to achieve many things in his successful career. I modeled my Nick after General Grant’s steely eyed nerve, technical expertise, and strong desire to take the hard right instead of the easy wrong.