Embraced In His Nature

Into The Liquor Store follows Bink, a graffiti artist and connoisseur of cannabis, through a series of life events set against a dystopian future. What was your inspiration for this creative novel?

When I started writing the novel, it was supposed to be an autobiographical movie. Then I decided to have the events take place in the future; mostly so that I wouldn’t get in trouble with my family. With hesitation I let my mother read the first chapter, and she suggested I write it as a book instead. I even reached out to an Iranian graffiti artist who goes by A1one (Alone) and he gave me some encouraging words. Bink makes a reference about him in the novel as well.

Bink’s character slowly builds throughout the novel and ends up being a fairly deep person. What were the themes you used when creating his character?

I focused on Bink’s trajectory and growth. The last thing I wanted was a one dimensional character. He relies heavily on his connections, he has flaws, and towards the end he’s redeemed to an extent. I didn’t want Bink to be Mr. Perfect, and I wanted the people who interact with him to hold him accountable.

The novel is set in a dystopian future earth where graffiti is a regulated art form and taggers are well respected. Where did this idea start for you and how did it develop as you wrote?

In the prologue we start to see Bink’s love for the 21st century, 2010 through 2019 to be exact, embraced in his nature. He refers to it as a classic era. So I imagine there must be galleries that depict street art in the same light as the Renaissance. Art and specifically painting, I feel will be around forever.

The next book is still being developed. I can’t say much about it, but it will take place in the same universe as Into The Liquor Store. It will focus on the behind the scenes work of the government. The movie adaptation, of the same name, is being completed and soon my collaborator and I will send it to contests. 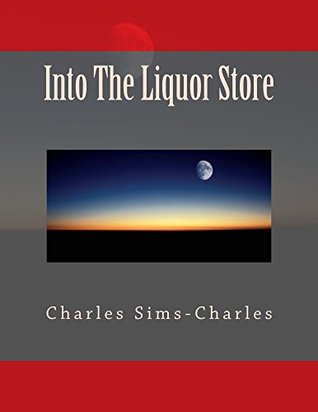 The worst has yet to happen to Le’roy, of Egyptian and Russian decent, when his girlfriend of three years breaks up with him; dealing with the conflicting societies of a 23rd century Iran, he often feels nostalgia for a century to which he was not born.

Le’roy, an artist who abstains from tobacco and alcohol, bombards his mind with vices such as: lust, marijuana, and psychedelics. He must come to terms with his heightened status of celebrity and the fact that a lottery can enhance his lifestyle, but a vision transcends a lifetime.