He Could Literally Smell Murder 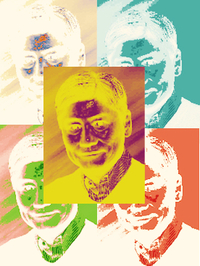 Gravity Games follows Nathan and his sidekick as they venture through an international conspiracy full of super-humans and super-villains. What was your inspiration for a novel that turns a foodie into a detective?

About Food: I love food and became intrigued with foodie mysteries but the ones I’ve read seem to have a disconnect between the mystery and the food. Food just happens to be part of the journey. I wanted to write a novel that made food a driver of the plot and the MCs. Top Chefs always talk about tasting as you go. The sense of smell can sample with every breath so it makes sense that someone who could collect that information would have far greater control over the cooking process. The best cooks always buy their own fresh food products and allow their senses to guide their selection. No tool is better than the sense of smell.

About the Sense of Smell as a superpower: If the MC has a super sense of smell, why not put it to other uses. In Nate’s case, he didn’t have a choice because he could literally smell murder. As a youngster I bought every Batman comic and read every Sherlock Holmes story. Both detectives (that’s what Batman was known for in the beginning) sniffed every piece of evidence. Recently scientists have discovered that the sense of smell may be the most powerful if all if our senses. We can detect scents important to us as low as a couple parts per billion. Try to pick out two red grains of sand in a billion grains of multi-colored sand.

Gravity Games has a fascinating set of characters that could easily have their own novel. What was your favorite character to write for?

I have two characters that I liked best for different reasons. Bonnie and Big Ed.

Bonnie Nakagowa plays Watson to Nate’s Sherlock but rather than being merely the recorder of events Bonnie serves four key functions:
1. Guide post / moral centre: If you become a world celebrity, you can lose perspective. Bonnie grounds Nate. Bonnie humanizes Nate and the story. She does this as both his conscience and protector. I wanted a strong, non-powered female to protect a superpowered male in a credible way.
2. The best comedy in my mind comes from duos e.g. Abbott & Costello, Martin & Lewis, etc. Nate is the straight man for Bonnie’s cringe humour / attitude. Humour is important to me because it both balances and enhances the darkness.
3. Bonnie is key to advancing the plot. She has insight into Nate and can provide needed background and carry out secret missions. She can also be an unreliable narrator because she may not understand everything that’s happening in Nate’s head.
4. Bonnie, of course, is the love interest.

Big Ed is just plain nasty. I hoped everyone would hate him. My youngest daughter proofread an early draft of Gravity Games and called me one night at 11 p.m.
“Why are you calling me so late?” I asked.
“I hate Big Ed. I’m not going to sleep so I thought you shouldn’t sleep,” she said.

Was it your intention to write a fun and quirky novel that moves along quickly, or did this happen organically as you were writing?

I’m not sure that’s what I intended. It’s just the way I write. My first novel, Late Bite, features a vampirish character who has millions of social media followers and is host of the top-rated late night talk show, Late Bite. It has lots of quirky characters, laughs and lots of darkness. My projects all seem to fall in the same vein.

I’ve completed Lycanthrope Rising, a continuation of the saga of Dragul Mangorian, the MC in Late Bite. It will be on sale Sept. 15.
I’m well into a sequel, prequel, and spin-off of Gravity Games.

The Gravity Games prequel [working title: Where The Nose Goes] is intended to be a permanently free YA novella about secret 14-year-old crime solvers Bonnie and Nate, which I hope to release as an eBook before Christmas 2017.

The Gravity Games sequel [working title: Murder On The Menu] picks up where Gravity Games left off with a non-superpowered Nate facing the world’s top chefs. Nate faces the loss of reputation and his $10 million a year contract. One after another, his competitors are murdered. Fingers point to Nate as the key suspect. Expected release date early summer of 2018.

The Gravity Games spinoff [working title and series: The Revenants, Justice Inc. series] features quiet accountant Rick Summers who has an attack of conscience after he escapes the clutches of Big Ed. He embarks on a mission to right wrongs committed by Big Ed and others and is ably aided by Matches, a transgender teen. The expected launch date is fall 2018.

Gravity Games, a dark and delicious thriller. Nathan Sherlock is the world’s most renowned celebrity chef and wine expert. His fans know him as Nate the Nose, a culinary artist whose incredible sense of smell helps him create dining experiences that jolt the mojo transforming aged couples into hormone raging lovers. But Nathan has a dark secret. Best friend Bonnie has helped him hide the true extent of his olfactory powers. He can literally smell murder. U.S. Homeland Security and CSIS, the Canadian anti-terrorism agency, go into panic mode when a scientist disappears along with all traces of his anti-gravity research. The joint FBI-CSIS task force needs Nathan to sniff down the terrorists before they drop an iceberg the size of Manhattan on New York City. 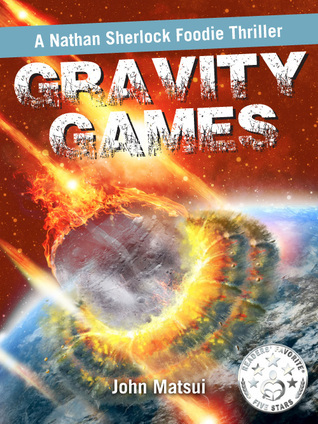