The Spell: The Shaman’s Lover Trilogy 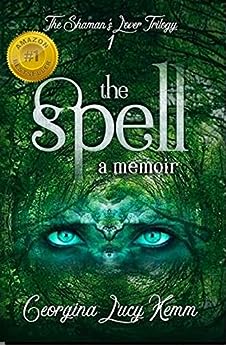 Georgina Kemm is a woman driven to rediscover herself and heal the deep-seated wounds from her past. Her journey of self-examination leads her to Peru and to the somewhat beguiling arms of one shaman named Puma. After enduring the contemptuous complacency of her husband and battling the demons continuing to rise within her own psyche, Georgina finds herself almost inexplicably drawn to return to Peru following her best friend’s final fall from grace and admission of a friend’s ultimate betrayal. Her connection to Puma and the rituals in which she participates while visiting Peru haunt her and, in the end, pull her back to the place where her life actually began.

The Spell: The Shaman’s Lover Trilogy Book I is an autobiographical account by author Georgina Kemm. Georgina lays out her experiences in a simple but spellbinding manner. As she retraces her steps during the most painful years of her adult life using first person point of view, the reader is slowly absorbed into the events of those weeks in Peru and feels present in each of the mind-bending ceremonies.

Georgina weaves the most intricate details into her descriptions of the ceremonies and the intense and overpowering sensations she feels during each session with the shaman who seems to see right into her very soul. At times, I was left wondering how Georgina was able to survive her time in the wilderness of Peru, and I was always amazed as each new day began and she was still alive to tell about it. Though her tale is one of self-discovery, it is also one of endurance and immense amounts of physical and emotional strength.

One of the most effective portions of Georgina’s story is tucked neatly within the descriptions of her apologies to her husband and the inner battle she wages when she faces her own infidelity. Though she is angry with herself, she can’t seem to understand why. Georgina has communicated her own self doubt and feelings of inadequacies eloquently and powerfully for her readers.

Another powerful aspect of her tale is the relationship she has with her best friend, Sandy. As the weeks in Peru progress, Sandy and Georgina find themselves bouncing back and forth between confidantes and strangers. I was amazed at the way the two could seem to distance themselves from one another in the jungle thousands of miles from home. It is a true testament to the spell placed on both of them as the weeks went by. After seeing the way Book I ends, I fully expect to hear more of the strained relationship between the two women in subsequent installments.

Not often enough do we find individuals willing to come forward and bare their souls and show their battle wounds the way Kemm has done with this first in a trilogy. For her eloquent self-expression and her bravery, she is to be commended.

The Dreams of the Black Butterfly 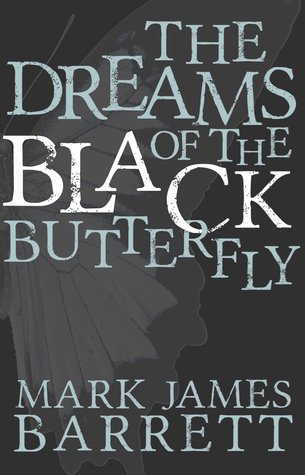 Mark Barrett’s Dreams of the Black Butterfly is a compelling combination of short stories brought together under one larger plot. The book begins with a descriptive introduction into Peru during its colonization. Barrett successfully portrays the environment, feelings of the characters, and mysterious surroundings of the black butterfly. Although the opening is only a short story of sorts that opens to present day Peru. Here we find Moise Quispe, a young Peruvian teen. He is in search of the mysterious black butterfly. This butterfly has a large price on its head, and Moise is determined to catch it. It becomes apparent as the story develops, that Moise works for a shady company called “Emerald Earth.” The leader of Emerald Earth, Dollie, will stop at nothing to discover the secrets of this butterfly. It is said that the wings, when read under a microscope, reveal fascinating stories based on the reader. However, not everyone has the ability to read the wings of the butterfly; thus why Moise becomes so important in the story.

Barrett’s ability to describe the environment is flawless although sometimes overzealous. These descriptions come to consume the beginning of the stories and each story is vastly different from the previous. Stories range from fantasies about clay people to ones more relevant; such as how Dollie conducts business. Each story is truly as work of art in its own right. When put together they are often confusing if one is not paying very close attention to the beginnings and endings. It took me a few stories to understand how the writer transitioned from one scene to the next. The overall quality of the book is quite fascinating. It is obvious that the writer has done research into the Peruvian culture. The book incorporates a number of different myths and customs held by the native Peruvian culture which gives this book great depth. Many themes are used throughout the book. At first, I noticed that the author continually incorporates the mistreatment of children in the overall plot and short stories. For example, Emerald Earth hires their children employees from orphanages. When many disappear one man in charge of a particular orphanages begins to grow suspicious but decides the money is worth it. Overall, The Black Butterfly is an engaging narrative that leads the reader on a crazy adventure. It is well written and brings the authors world to life.