Water by Caroline Allen takes readers on a spiritual journey following a journalist named Pearl, who has worked jobs in America and Europe. She discovers mysticism when she meets a medium as a way to retake control of her life. Pearl explores the abuse she endured from her parents, nuns in the Catholic school and her nonchalant boyfriends. She fights to find her purpose in life. She is supported by her close friends and spirit guides who advise her on decision-making about career and love life. She becomes a Reiki healer, tarot card reader, dream interpreter and adds more spiritual skills to her bucket of metaphysical abilities.

Water, while a work of fiction, educates readers about various spiritual and metaphysical practices, and shares illuminating experiences, all from a medium’s point of view. From this captivating novel, readers will understand why people choose to embrace their psychic abilities and learn about their grounding principles in communing with the spirits. One of the primary lessons learned is that psychics are averse to drugs, alcohol, violence, abuse, and other forms of negativity. It is for this reason that psychics interpret dreams and act as healers; they have a deep sense of needing to help others. What makes the plot of this intriguing novel interesting and immersive, is how well the characters are created. They are well defined and their experiences are vividly described. Reading this absorbing story will transport readers into the often misunderstood world of psychics.

Author Caroline Allen uses strong symbolism when describing Pearl’s dreams and possessive visions, and premonitions. Flashbacks are used in Peals journalism writing, keeping the plot unpredictable and engaging. It’s impressive to see how she meshes themes of abuse, religion, divinity, career, poverty community, and relationships into a spellbinding but cohesive story. This hodgepodge of themes helps the reader understand the chaotic life that Pearl is living and why she is determined to find peace, even if it means leaving a job she is successful at.

Water by Caroline Allen is a riveting novel that will resonate with readers who are interested in mysticism and spiritually. It will also appeal to readers of women’s fiction and those that have a curiosity about divination and philosophy. 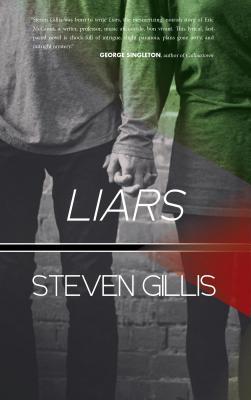