COVID-19 AFRICA, HAITI, AND THE U. S. VIRGIN ISLANDS

The Covid-19 pandemic took the world by surprise. Nations were caught unaware and people scrambled to find ways to slow down the spread and stop the rapid loss of lives. There was a lot of misinformation, technical information mixed in with the truth. Scientists were busy studying and passing on information as quickly as they could to a world of people trying to grasp what was going on.

Dr. Hugues Fidel Batsielilit watched with the rest of us as the world crumbled from what seemed like a common flu. The only difference is that he watched with an expertise’s eye. He saw how the world reacted and the different measures countries took to protect their citizens. Dr. Batsielilt focused his interest on Africa, Haiti and the US Virgin Islands. His aim with this book is to analyze the response of both people and governments as well as the lull after the height. He also aims to make some projections, provide the reader with some idea of what the future might look like from an expert’s point of view.

The one thing you will note about this book is the detail with which this book is written. The author is direct and provides all the information to his readers. He makes sure that readers have the full story and the data to fully grasp what he is discussing. This combined with in-depth research leads to the revelation of interesting discoveries. Not all the discoveries he found were beneficial, he uncovered a lot of conspiracy theories and discusses those as well in order to debunk the myth for readers.

COVID-19 AFRICA, HAITI, AND THE U. S. VIRGIN ISLANDS by Dr. Hugues Fidele Batsielilit approaches the pandemic from a critical and scientific eye. As someone that has a medical and emergency management perspective the author has provided readers with information in a nonbiased and objective manner with a logical flow and clear explanations. These are important qualities in a book about a sensitive subject whose available information is either too technical or insufficient and designed for sensationalism. He has provided the reader with a simple explanation and analysis of the situation.

Crimes of Rumba is the hottest, epic combination of business, politics, music, and of course, crimes behind the predatory conduct culture that has glamorized the worst corporate malpractice in US cultural history. As a matter of law, order, and economy, the state administrations intolerance and crackdown on musicians dissent and opposition to the colonial music cash crops production is authoritarianism at best and without precedent in the worlds history of colonization and music. This legal truth and material facts-checkings operation is the blunt, exclusive disclosure of the sources and methods used for the cultivation and autocratic harvest of music cash crops in the Belgian Congo, which were economically engineered from and back to America for its consumption through misinformation, disinformation, deceit, and fraud. Not only is this the tale of the utmost scam that has been very fully funded to defraud the worlds collective memory of rumba, it is the hefty price that our humanity has dearly paid for without consent for Foniors crimes of rumba for decades. Silence has been complicity at worst from the people with knowledge of the case against rumba. Not only are the material facts and consumers rights violated and suppressed, along with musicians copyrights for decades, the morally repulsive glamorization of the fraud has brought creative freedom in the worlds music into disrepute. A lot of readers will discover Thierry Antha with the publication of Crimes of Rumba, Volume I of Congo Music. But this international journalist carried decades of excellence in covering the Congo and Haitis politics, business, and entertainment. His professional and personal ties with all the most famous Congolese musicians in advocacy, promotion, and production of their musical works have crowned him the best authority with respect to the Congo musics history. Contrary to all the spinning, posturing, and work of fiction for rumba, Thierry Anthas expertise and dedication to exposing the truth behind material facts and laws related to Congo music from the Belgian Congo to the Congo is second to none. Embark in this riveting literary journey to discover how Socit Gnrales authoritarian harvest of music cash crops has shattered and destroyed lives and careers for its economic gain in the Americas. Without censorship, Crimes of Rumba, Volume I of Congo Music exposes Foniors victims long overdue rebuttal, which is long way apart from the reality of its predatory conduct culture and its propaganda of rumbas fake-outs. 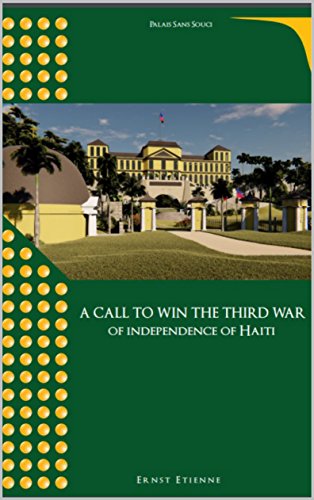