Walking Over Eggshells is an autobiography about your life and how you survived growing up and living with mental abuse. What inspired you to put your experiences into a book?

Originally I never intended to publish my experiences of growing up, I wrote about my life solely for my children to explain my parenting skills, or lack of them and to give them a greater understanding of me as a person. I was aware of the effects of the fraught relationship I had with my mother but totally unaware of the cause. As I recount in the closing chapters, it was only after her death that quite by chance I read about Narcissistic personality disorder and my mother’s reactions, behaviour and responses ticked all the boxes. I was over 60 when she died and only then I learned that no matter what I’d done, I would never, ever have been able to make her love me. If only I had walked away decades earlier I could have saved myself years of heartbreak. From talking to other victims in various forums I realized there were thousands of people out there in a similar position and that’s when I decided to publish my story. From the huge number of emails I’ve received, I know it has helped many others and that has been the greatest award of all.

In this book you talk about many of your life experiences. What was the hardest thing for you to write about?

The way my mother behaved towards me, belittled, mocked me and hurt me. I was also aware that many people would not understand why I was so stupid and returned time and time again only to receive more abuse. Only those who have been conditioned and brainwashed from birth to revere parents and respect families would understand this, many other people wouldn’t. As I wrote it opened the wounds, but at the same time pouring it all out on paper helped the healing process.

The novel covers the entire span of your life including your childhood. What is one common misconception you find people have about child abuse?

The media is full of stories relating to sexual abuse. To the outside world I was an only child, with all the comforts, food, nice clothes, private school, even the hated ballet lessons, living in a beautiful area in England. But what went on behind closed doors was ongoing mental abuse, and I think this has a more damaging effect that any other kind of abuse. It strips away your sense of worth, your self confidence, destroys any chance of achieving your potential. It doesn’t stop the day you are old enough to say ‘no this is not right’ because you can’t rely on your own judgement you have been taught that you are the problem. It follows you through life and while some simply give up, others will try again and again to be the perfect person and will fail again and again. I grew up in the days when there was no such thing as Child Line, no one to talk to, all adults stuck together, no one criticised the older generation. I was totally alone in an ongoing nightmare.

I published Walking over Eggshells in 2013, and since then, I had written two further memoirs about my career in writing for radio and television full of funny and tragic stories.

I have also written four action/adventure books set in Africa featuring my heroine Amie and the latest of these is Cut for Life published in October 2017.

I am taking a month off to co-ordinate my marketing strategies (which are a disaster!) and then I will begin the next Amie book. 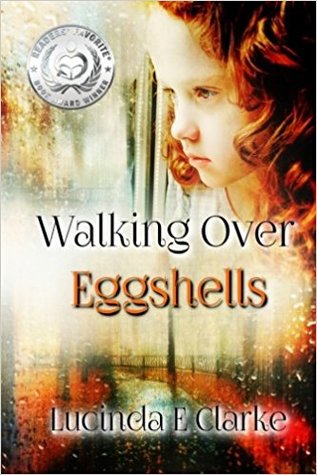 Walking Over Eggshells is an autobiography that tells the story of a mentally abused child, who married a “Walter Mitty” clone who took her to live in many different countries. They moved from England to Kenya, from Libya to Botswana and on again to South Africa. It took all her courage to survive in situations that were at times dangerous, sometimes humorous, but always nerve wracking. She had a variety of jobs, different types of homes, and was both a millionairess and totally broke. At one end of the scale she met royalty, hosted ambassadors, and won numerous awards for her writing and for her television programmes. At the other end, she climbed over garbage dumps, fended off the bailiffs, and coped with being abandoned in the African bush with a seven week old baby, no money and no resources. She admits to being the biggest coward in the world, but her survival instincts kicked in and she lived to tell her story. This book will make you laugh and cry, but also it also explains the damage being brought up by a mother with a personality disorder can inflict on a child. However, it is not all doom and gloom, and hopefully it will inspire others who did not have the best start in life either. All names have been changed to protect both the guilty and the innocent – and that includes the author as well! 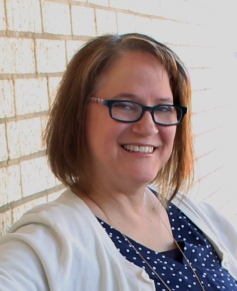 Defiance on Indian Creek is an enthralling story that follows a smart and courageous young girl on the eve of the Revolutionary war. What was the inspiration for the setup to this young adult novel?

I discovered the real Mary Shirley in a box of family genealogy documents I received from my uncle. As I researched an incident that took place when she was an eighteen-year-old mother of a two-year-old son, I knew her story had to be told. I realized Mary had to acquire tenacity and survival skills well before this event and, therefore,Defiance on Indian Creek, begins the series right before her thirteenth birthday on Indian Creek in now, Monroe County, West Virginia.

Defiance on Indian Creek takes a quiet frontier family and brings them to the forefront against an increasingly dangerous time in history. What research did you do to maintain the accuracy of that moment in history?

My online research of New River history revealed names, places, and leads to additional information. I printed articles, slid them into plastic coversheets, and placed them into large three-ring binders with dividers. I even used calendars. These calendars were marked with historic events of the time and place, along with the fictional plot line. Yes, I’m OCD, and the day I discovered Scrivener was a happy day.

I felt that the relationship between Mary and her father was deep and intriguing. What was the inspiration for their relationship and how did it develop as you wrote?

The close bond between Mary and her papa came naturally for me. I was blessed to have a “Daddy’s girl” bond with my own father. I plotted the story to include the mistaken judgments and rash conclusions all teen girls experience. Mary’s disbelief in her papa’s actions fueled her defiance. I raised three close-in-age daughters to adulthood and experienced these clashes. Most teens really do love their parents but don’t let on.

Defiance on Indian Creek is book one in the Dangerous Loyalties series. Where does book two take readers and when will it be available?

Mary’s recent emotional trauma worsens when the family flees Indian Creek ahead of angry men who are seeking Papa’s life. But they’re not taking Daniel Boone’s trail to Kentucky territory. They’re traversing the old hunter’s path to the rough-manned, frontier forts along the Clinch River—until they cross the Cumberland Gap—then they’re at the mercy of God to Fort Boonesborough. I’m hoping for a summer 2017 release date for book two.

“Emotionally riveting adventure, survival, and precarious family relationships are weaved into this teen historical about Mary Shirley–a brave, tenacious thirteen-year-old girl who lives on the remote frontier of West Virginia in 1775 at the onset of the American Revolutionary War.

Cooped up in a dimly lighted cabin with her seven siblings and Momma, Mary dreams of a peaceful future with friends and suitors. But she’s worried about her family’s survival.

When Papa returns home with news that the Indians have agreed to stay away from the Western settlements, Mary breathes a sigh of relief. But when he speaks of pending revolutionary war against Britain, declares his loyalty to King George III, and plans to move to Kentucky territory, Mary is confused and afraid.

She discovers mysterious surveys with riddles and a hidden box in the barn that contains secret documents. When she witnesses Papa betray a patriot neighbor at a nearby fort and later reads a disturbing letter that implicates him as a traitorous spy, Mary is ashamed of him. He is endangering the family, and she must find a way to change his mind. Her emotional struggles lead to lost trust and acts of defiance.

When Papa returns deathly ill from a survey job and asks Mary to deliver a lifesaving dispatch, she balks. Is loyalty to Papa more important than loyalty to the revolutionary cause? Lives are in danger no matter what choice she makes.”