Lexa Tantaros sure can stir things up. To some, she is a thief. To herself and possibly Agent Max Finley, she is a woman on a worthy cause. A cause to let the world see the treasures contained within. The story follows the wanted archaeologist as she searches for the treasure of El Dorado. It will take blood, sweat and tears to get there and gather all the necessary clues. Governments are after her, but she’s not fazed. Will she be successful in her mission? Can El Dorado be found or is it merely fable?

James McPike has created an action thriller that takes off quickly and does not slow down. He takes the reader on a journey across Peru, keeping you on the edge of your seat. One minute you think they’ll definitely be smoked out. The next minute has them hurtling down an abyss. The story has so much character, and the plot is encased in excellent prose, with just the right amount of drama.

The character development is ingenious. Lexa is a woman who can charm anyone. She’s not fazed by much even when bullets are flying. She only seems to be a little frazzled in the last moments before she is placed on the ledge where she is to plunge to her death. I always enjoy a strong female protagonist that emotionally develops throughout the story. Max is torn between his service to country and his instinct about Lexa. I enjoyed watching these characters interact.

While the history between Max and Lexa is obviously of consequence, it seems like Max gives in to Lexa too easily. It feels like there should be some sort of struggle before he trusts her so blindly. With Max being a self-proclaimed best, right? He leaves her unattended on the very first night he finds her. This is quickly forgotten though as the reader is taken on the adventure through Peru. Also it seems like the end may justify those initial actions.

This is a short but engaging read. You can feel the palpable chemistry between the characters. There is a sort of James Bond-ish ending which is absolutely delightful. 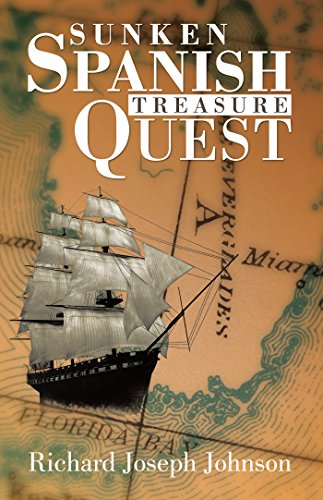 Sunken Spanish Treasure Quest by Richard Joseph Johnson is an adventure story about four friends who go in search of an 18th century Spanish galleon, the San de Cristo, that sunk off the coast of Florida during a hurricane in 1733. Brad, a commodities trader, finds a journal at an estate sale in Chicago. The journal is written in Spanish, and Brad gives it to his friend, Maximo to read. Max, the owner of a men’s clothing store, has a degree in world history and discovers a reference in the journal (written in hidden code) to the location of the San de Cristo and the lost Spanish treasure–gold and silver coins and ingots–that had been aboard when it sank. Brad and Max enlist two other friends–George, an electronic engineer, and Lou, a former boiler technician on an aircraft carrier and current restaurant owner–to help in the search. Although the four men have no experience or knowledge of maritime salvage, they set off to find this sunken treasure. Will they locate the lost vessel and discover riches beyond their imagining? Will their friendship survive this quest for lost Spanish treasure?

I liked the historical aspects of the story. The history imbued in this story is something that any history buff will surely enjoy. References to the 1700’s were very intriguing and lends an air of mystery to this story that doesn’t dissipate and was one of my favorite parts of the book.

The story started out slow, with a lot of lead up and back story before Brad, Max, George, and Lou actually begin their quest. I felt that there were a lot of unnecessary details (such as what the men ate during their meals together). Eliminating some of the details describing their day to day lives would have improved the pace of the story. The first quarter of the book is filled with the planning and preparing for the trip, including almost two chapters about the drive from Chicago to Florida.

The story picks up once Brad, Max, George, and Lou arrive in Florida and begin their search, and the adventure truly begins when we are introduced to a group of pirates that the four men must battle. Their adventure continues when they return to their lives in Chicago, and trouble follows them home. I liked that although many things changed for them in their lives after their quest for treasure, some things remained the same.

This was an enjoyable read that gets better and more interesting as the story progresses. The bond between the characters is something that I enjoyed watching develop as they pieced together their trip and battled pirates. 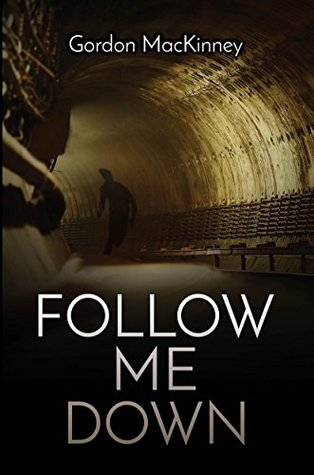 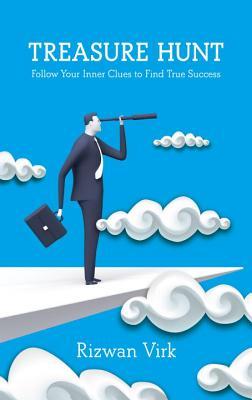 We all get a little lost on our way through life. Sometimes we overlook those hints and tips that could lead us to happiness a little faster than the long way around. By reading Treasure Hunt – Follow Your Inner Clues to Find True Success by Rizwan Virk you will gain a better sense of appreciation for those little signs in your life that you might be ignoring. Using first-person experience this book will help all readers identify what they want most out of their lives. There are snippets of anecdotal evidence as well as some ethereal sources of inspiration that will help lead you on your journey of self-awareness. This book covers the age-old-question of how to bring meaning to your life with comprehensive chapters and exercises designed to open your awareness to the little things that are constantly happening around you.

Styled as a comfortable self-help type book it is divided into five parts to help readers take their journey one step at a time. Trying to give meaning to your life and identify how to reach the success that you long for cannot be done overnight. It takes time and patience and an ability to see that which cannot be easily seen. Virk understands that and makes careful effort to properly guide readers on this potentially tricky path. Of course, there’s nothing that says you have to read this book from beginning to end. As with most self-discovery books you can jump around the chapters if you wish, but you will get much more out of it if you follow the traditional reading path.

It is obvious that the content of this book was carefully thought out. The order in which things are done is also very linear and easy to follow. There is no unnecessary fluff or padding to make this book longer than required. The case studies that readers will find peppered throughout the book help lends credibility to the content. The exercises that are available within the chapters’ helps readers practice what they’ve learned so far, making the information remain in their minds for longer. This is especially beneficial if you are trying to learn a new skill or start a new routine.

The styling of the book is very pleasing and the way the chapters are laid out and broken up makes it easy to read and digest. This can be the downfall for many self-help books with their epic chapter lengths. That approach can lose readers as opposed to bring them in. Virk does not have that issue, which makes this that much better to read.

If you’re looking to get some clarity in your life and maybe get a little assistance in recognizing those little signs, then you need to read this book. Treasure Hunt – Follow Your Inner Clues to Find True Success by Rizwan Virk is a modern approach to finding out what signs we might be missing and how to make ourselves more open to receiving and identifying those messages the universe is trying to tell us. Easy to read with clever case studies and personal anecdotes, this is not a self-help book what would have you running for the hills. The information is carefully thought out and planned in such a way that readers won’t have a difficult time understanding and implementing the skills. Enjoy your journey and the ensuing hunt!