Misconceptions, Mistakes and Moments of Enlightenment 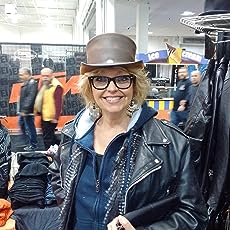 Scooter Nation follows two funeral directors trying to hold things together as events spiral out of control. What was the inspiration for the setup to this entertaining novel?

The funeral industry, as it is now often called, is an interesting one in that its policies and practices haven’t really changed since the “modern” funeral home came into being in the 1970s. By that, I mean, larger facilities with multiple visitation suites and staff trained to accommodate not just European traditions, but traditions from around the world.

As a caregiver, the director is tasked with providing services to both the living and the dead; the people left behind need as much care and concern and, yes, expertise as the person who has passed. But approaches are changing in keeping with how society has changed with the arrival of the digital age. Families are now savvy consumers who demand to know what is going on behind closed doors at what cost and why.

For me, as a funeral director, I was intrigued by the notion of how staff locked down by tradition—the funeral home in Scooter Nation is 70 years old as is a lot of the furniture—would react to change and how far they would go to hang on to the only thing they think they know.

They are a great deal wiser by the end of the novel, I think.

Scooter and Carla were unique and well-developed characters. What were some driving ideals behind their development?

Scooter and Carla are career funeral directors, which means they have been doing their work since high school. Unlike the Weibigands who own and operate the funeral home, Scooter and Carla were not born to it. Because of this, they take a peculiar proprietary interest in the place. In other words, they think they care about it more than the family that started it. This may or may not be true depending on who the reader sides with. What is true is that they have been altruist funeral directors for a long time and resent the appearance of a new owner who wants to change everything for the greater good. They challenge this assertion, believing wholeheartedly that the new owner is merely out for revenge and self-aggrandizement. The journey for them and for me as the writer was to wade through the misconceptions, mistakes and moments of enlightenment that take not just them, but all the characters to a rational, thought-provoking conclusion. Very satisfying to get there.

I understand that you’re also a funeral director. Was there anything from your own life that you put into this novel?

I was a hybrid in mortuary school in that I was not a funeral home kid. My family weren’t directors and certainly didn’t like the idea, at first, of me becoming one. I was drawn to it, maybe the way some astronauts dream of going to Mars even if it means never coming back. I love and believe in the work and the intrinsic good it does. But there’s no way to write about death and dying and make it “nice.” I tend to shy away from novels that go there. But I’m influenced by the satirists and gonzo writers and like the idea of shining a light on tough subjects and making them accessible through humor.

We don’t joke a lot at work, but many of us have that dry sense of humor that carries us through after a tough day. Murder victims and children are especially tough—no one gets used to that—so I guess I bring that mix of dread and the promise of a new and different day to the novels.

I have three half-finished manuscripts and all three demand my attention. It’s a tough choice. Self-Defense, the first in the Kirsti Brüner Mortuary Mysteries series, follows the ups and downs of a first-year licensed mortician not quite in tune with the practices and traditions of her chosen profession. She has a nose for inconsistencies and knocks foreheads with the formidable chief coroner, who isn’t really a bad guy but claims to know much more than she ever could. Self-Defense is a murder mystery.

Next, there’s The Heuer Effect, which is a prequel to Heuer Lost and Found, my first. Effect goes back forty years to 1979, where protagonists Enid Engler and Jurgen Heuer are alive and well and doing as much damage as possible. It’s a coming of age story set against the reality of growing up first generation Canadian with questionable German relatives. Enid lands a job at Seltenheit and Sons, the enemy funeral home of Weibigand’s referenced in Scooter Nation. It’s fun giving that side of the story.

The last one is Poor Undertaker and this one really calls out. It is the story of Jocasta “The Jocastrator” Binns and Alma Wurtz, her nemesis in Scooter Nation. It begins in 1947 when the Weibigand funeral home is in its prime and staff are venerated for the good work that they do. Poor Undertaker shows Scooter readers why the home declines and why the Weibigand family staff become the way they are in the current novels. There is a murder and a doomed romance as well as a matriarch who is equal parts racist, alcoholic, brutal and very, very sad. This is a three-part novel that treats equally, the matriarch, Jocasta Binns, and Alma Wurtz. It’s very exciting to write. 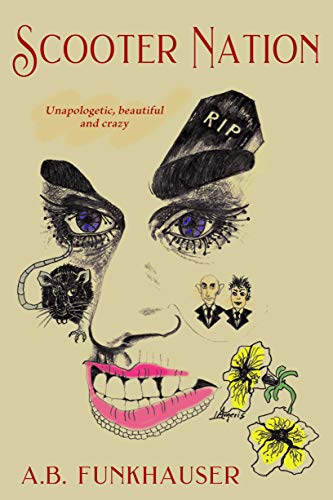 Aging managing director Charlie Forsythe begins his work day with a phone call to Jocasta Binns, the unacknowledged illegitimate daughter of Weibigand Brothers Funeral Home founder Karl-Heinz Sr. Alma Wurtz, a scooter-bound sextenarian, community activist, and neighborhood pain in the ass is emptying her urine into the flower beds, killing the petunias. Jocasta shuts him down. A staff meeting has been called and things are about to change. 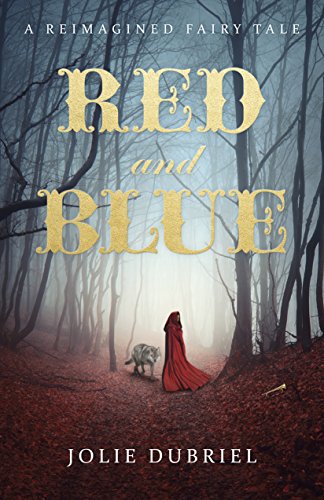 Jolie Dubriel’s Red and Blue is a fascinating, re-imagined tale that combines both classic fairy tales and nursery rhymes with many twists and turns. Dubriel takes old favorite characters and story lines you knew, loved, and memorized during your childhood story times and weaves them together as one beautiful story of secrecy, heartbreak, and the power of love. Obstacles and setbacks are sprinkled in along the way on the journey from once upon a time to happily ever after. Nostalgic characters Little Red Riding Hood and Little Boy Blue are now grown-up characters who play the lead parts. Humpty Dumpty, Old King Cole, and other classic figures also pepper this amazingly creative compilation.

Like any classic fairy tale, this book is not without tragedy. As is par for the course, there are separations of young children from parents and premature deaths of parental figures. There are hearts broken and healed. Red and Blue are coming of age characters who are growing up, discovering who they are, who they want to be, and who they begin to have feelings for. Stories from the past surface that throw wrenches in plans and change life trajectories. The story is full of conflicts and characters trying to solve them. The dynamic as old as time, good vs. evil, is also prevalent in parts of the story.

I love a good anthropomorphic animal or inanimate object, and those characters seen in the Kingdom of Rhyme do not disappoint in this area. Animals and objects are personified throughout the story. Fish, salamanders, cats, and dogs walk around in suits as servants and guards in King Cole’s castle. A dish runs and talks with a spoon through the forest. A cow jumps over the moon. These are the kinds of things that a nostalgic childhood reader will love. The half human/half animal or object cast of characters are reminiscent of those kinds of splits found in The Wizard of Oz, Beauty and the Beast, The Sword in the Stone, and Bedknobs and Broomsticks.

I like the twist that Red’s story takes regarding her relationship with wolves. Red and her grandmother have their classic encounter with the Big Bad Wolf, and miraculously survive. Later, her loving stepfather gifts her with a little wolf pup that grows to be her best friend and companion. It’s refreshing to see the girl have the upper hand over a wolf in one of these tales.

What classic tale would be complete without magic? The ultimate symbol of magic in this story is Little Boy Blue’s golden horn. He is unaware of its power, but has been cautioned to keep it with him always. Blue has grown up with the horn strapped to his back while working on a farm. It is only later that Blue will discover his true identity and the power that the horn truly holds.

I really enjoyed how Dubriel took so many classic and loved stories and characters and wove them together into one cohesive story. It is truly a feel-good kind of read. It is a love story that keeps its innocence. There is some tragedy and conflict, but I think it’s appropriate for pretty much anyone. Middle schoolers through adults will enjoy this book. Jolie Dubriel may have written a “new classic” with this book.