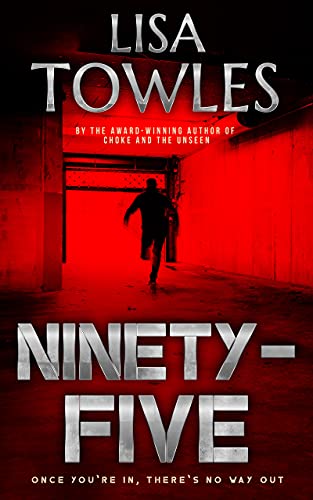 The story starts with a new college student, Zak Skinner, who is stressed out by the usual things a student faces in their life; failed subjects, struggles with studying, and a search for opportunities to blow off steam. In Zak’s case, he went for an innocent drug trip, taking ayahuasca and getting high. What he did not anticipate was that he would be trapped in not only one but two illegal crime rings, unique and devious in their own way.

Author Lisa Towles’s writing style is perfectly suited for this crime thriller, and very detailed as well as graphic. I loved how she builds Zak up in a way that he deduces things on his own, because he is very smart and perceptive, but he also knows his own limits. This unique balance sets Zak up as a character that is intriguing and fun to follow. This is an engrossing technothriller with some cryptography in the story which reminded me of Dan Brown’s Digital Fortress. I love the science fiction aspects of the plot. We get to explore the dark web in some refreshing ways and are dragged through this dark underworld that has a persistent air of intrigue. A special mention of all the Harry Potter references; I laughed at each moment.

Ninety-Five is a riveting crime thriller that has a unique enough setup to stand out in the college fantasy genre. When I started the book I got the sense that the narrative was leaning more fantasy, but by the end it was a captivating mix of crime fiction and technothriller. 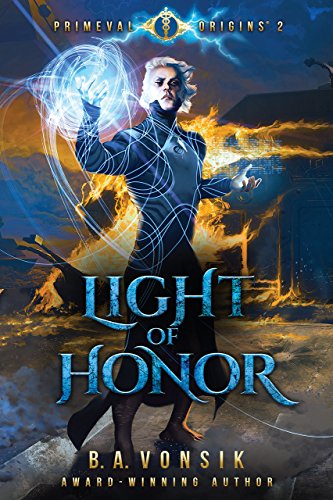 Light of Honor begins when paleontology-archaeology grad student Nikki and her professor are aboard the Wind Runner, escaping from international organizations intent on hunting them down before they uncover more secrets from the past and future. It’s an action-packed beginning and does not waste any time dredging up the details of the past book. In the previous book, Nikki had explored the distant past by inhabiting the body of Rogaan, a teenager who was found in stasis in her archaeology dig. This time, she learns about a humanoid race called Evendiir and its connection with Rogaan. It’s a rush to disentangle the puzzles both these artefacts have created before Nikki gets hunted down.

This is a sweeping and dramatic story that just swoops you out of wherever your mind currently is and takes you to magical faraway lands. It is definitely an intense read that digs into the details, even going as far as giving us the make and style of the secondary character’s shirt. However, I think this is to be expected from an epic fantasy read that is building a fully realized world. It really allowed me to see, hear, feel, and experience new worlds, whether past or present.

I would say it is similar to the first book, Paths of Anguish, in terms of pace and suspense but the tone is darker. It has a deeper and more gritty atmosphere. There is an element of psychological thriller to it which really just made it all the more better. Watching Aren and Nikki struggle with their memories and piece together an increasingly complicated puzzle was an extremely satisfying process. Nikki and Rogaan definitely grew on me more in this book as they had to tackle some complex moral dilemmas that really allowed me to understand the way they ticked. It was incredibly easy to root for them after watching them struggle and be vulnerable.

I don’t think it’s necessary to read the first book in the series to enjoy this one but it would be a good idea to get familiarized with the vocabulary and dialect of the ancient world. There’s also some Easter egg-ish storylines that were continued or wrapped up from the first book. Light of Honor is a thrilling fantasy adventure read that knows where it’s going and takes the most entertaining path to get there. 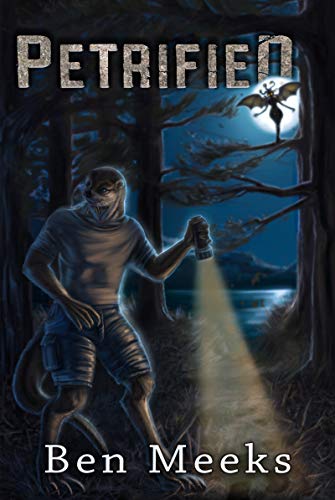 Petrified by Ben Meeks is a consistently entertaining paranormal fiction novel. While it’s set on earth, it revolves around the existence of not supernaturals but ultranaturals as they prefer to be called. Obie, the alluring protagonist of the book is an ultranatural that is a were-being, like were werewolves but not exactly that. The book starts with Obie on a mission to get information regarding non-earthly beings that quickly turns into more than he bargained for, both in his personal and professional life. Obie then embarks on a quest to fight the force that is behind the recent turn of events in his life, and a secret world. This is the moment where the plot truly blossoms and the novel takes off at a quick pace.

At the start of the story there is a certain mystery to Obie. He was obviously not human, but I could not tell what or who he was. I was intrigued and desperate to know more about his intentions. Author Ben Meeks has mastered the skill of character development. Seeing the character’s in the story evolve slowly over time I was able to empathize with them and understand the complexity of their emotions and motivations. I enjoyed the subtle humor thrown into the dialogue, and laughed unexpectedly. Meek’s innovative descriptions of scenes in the story keep you engaged even when learning about minor details of the scenery and location. The supernatural world being built was bold and just unique enough to make this paranormal adventure stand out in a genre filled with fodder. I used to read a science fiction series when I was younger called Animorphs by Katherine Applegate, Petrified reminds me of that series, but as a more adult evolution of that idea.

Petrified is a stimulating fantasy novel that brings otherworldly creatures into this world and does so with an almost effortless drive towards entertaining the reader at all times.