The Discovery of Troy and Its Lost History – Trailer

The Trojan War was the greatest catastrophe of the ancient world. We are told that it devastated Europe and Asia and plunged the known world into a Dark Age that lasted 500 years. This is the ‘Story of Troy’. The truth has never been established – until now!

30 years of painstaking investigative research has finally resolved this 3,000 year-old mystery. Author and Historian, Bernard Jones, uncovers the evidence piece by piece, separating fact from fiction, and unlocking for us the secrets of the past. Unbelievably, Bernard’s research showed that the Trojan War could not have taken place in the Aegean area, or even in the Mediterranean world. This evidence turns our accepted geography on its head and leads us on a fascinating journey of discovery back to the real world in which the Trojans lived. Here, we discover who the Greeks and the Trojans really were, and the parts they played in Homer’s Bronze Age world.

Secret knowledge concealed in the Iliad reveals Homer’s work to be a genuine historical record. Yet, only in the corrected Bronze Age environment can it be understood. Deciphering Homer’s coded information becomes the key to finding the location of the Trojan War and the Bronze Age city of Troy itself. Lost histories also tell the whole story of the migrations that took place following the Trojan War and the nations that arose out of the ashes of Troy. The records of these nations independently verify the author’s findings, and they overturn the theory of a ‘Dark Age’. 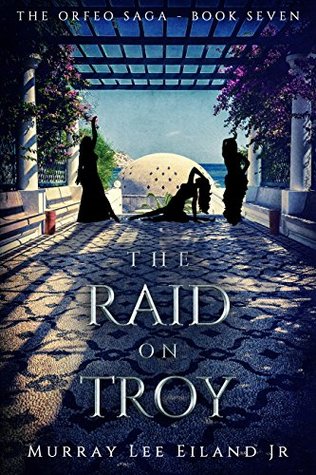