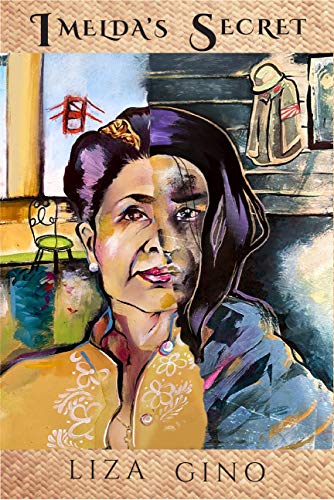 Imelda’s Secret written by Liza Gino is a book based on true stories and events. It is a book that tells a story about two women, cousins Gloria and Imelda, both survivors of World War Two. Through the war, they were people known as, ‘comfort women’. Although they are now living in San Francisco, they both struggle with the trauma. Gloria is the one who steps forward and tells her story, but with some hard and painful consequences for her two sons. But Imelda was keeping it a secret to protect her family. What happens when they find the courage and the strength to gather all different women and stories about their suffering? Together this becomes a story of the survivors and women’s rights.

As we know, Liza Gino is not only an author. She is also an advocate and change agent, as we may recognize in her writing. The story written here is more than just a passionate testimony. It is a powerful testament that war is dangerous and deadly for everyone. It tells a different kind of story, one that is often hidden. Years ago – it was taboo for those survivors to take a stand. But, Imelda’s Secret is an illuminating book that speaks volumes to those that were blind to these situations and those seeking justice.

I enjoyed this book immensely, and the straightforward chronology helped keep me on track. But I felt that the dialogue was sometimes sensationalistic in a book that otherwise feels grounded. As we see in the book, it is hard to speak up, but raising your voice can help you and others. Imelda’s Secret is a candid story about ordinary but giant women whose secrets should be heard by the world. As a true believer in a passionate fight, and taboo uncovering, I highly recommend this book thought-provoking book by author Liza Gino.

A Slave of the Shadows

In 1850 Charleston, South Carolina, beautiful and headstrong Willow Hendricks is forced to grow up surrounded by turmoil, secrets, and lies. Brutality and cruelty form the world around her. Dysfunction between her and her father rule her life until she finds commonality in spunky, outspoken Whitney Barry, a northerner from Boston. In an era where ladies are considered mere property, these Charleston belles are driven to take control of their own lives. Fear and chaos encompass these feisty women in their quest to fight for the rights of humankind. Slaves—powerless and crippled by an assumable superior race—fight against all odds to secure freedom and equality. Only when losing it all do they find a new beginning. Book 1 embraces the hardships the slave endured at the hands of their white masters.