The Fate of Lenn 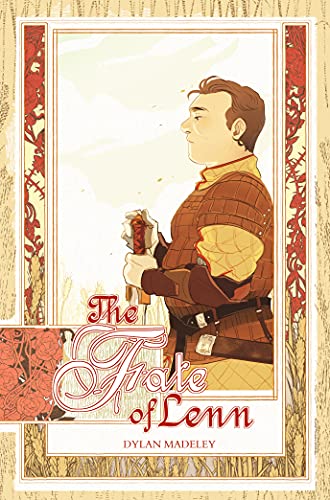 The Fate of Lenn by Dylan Madeley is the sixth and currently final book in his series of fantasy novels. The book follows the story of Duke Lenn a good and honest man who rules over his lands fairly and honorably. He is haunted by the loss of his father at a young age and strives to be a god and noble man. Unfortunately, these are trying times for his Kingdom, and he must come together with allies old and new to fight against old rivals and protect those he loves. He is joined by a band of musicians, a beauty from a foreign land and his loyal lieutenant Tibor.

The Fate of Lenn is one of the most interesting books I’ve read in a long time and is unlike most fantasy novels. The world building is excellent and I was immediately engrossed in his world. This world has a living breathing history that is referenced just enough that the reader knows what is going on and understands character motivations without the book feeling like a historical text. This is a fine line that Madeley treads well. Madeley also uses his world in interesting ways. Firstly, this may be a book set in a medieval fantasy world, but the setting is down to earth. There are vague references to mystical beasts and deities which some characters believe in, but it is never confirmed or denied whether they exist. Likewise, Lenn is haunted by the ghost of his father, who he talks to regularly. However, it is never made clear whether the ghost is real or part of Lenn’s coping mechanism. Even Lenn seems unsure. The world also seems to be an allegory for the modern world. Lenn’s kingdom is a liberal land and is rightly proud of this. Gay and trans characters suffer no discrimination and the King makes sure that his populace is cared for and educated. However, there are dark undercurrents. Despite the kingdoms liberal image, it soon becomes clear that xenophobia and corruption are becoming rife. Meanwhile a struggling lower class are set to revolt against their dutiful King whom they now see as an oppressor. This book explores what happens when a society rests on its laurels and let’s social decay creep in.

The author avoids overly flowery language. His writing is descriptive but also straight to the point and comes across as well written. There are few fight scenes in the book, but those it does feature are blow by blow accounts that get the blood pumping. Madeley excels at getting us to care about not just the world he’s built but the characters in it.

The Fate of Lenn is yet another riveting entry in the epic fantasy Gift-Knight series that continues to expand the alluring world. 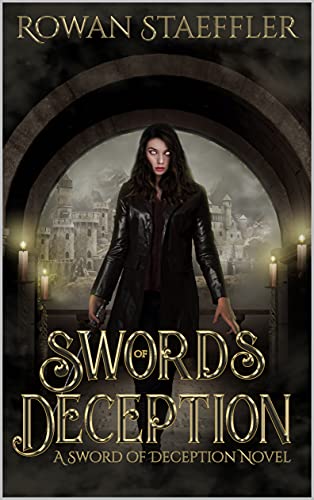 Swords of Deception by Rowan Staeffler is a gripping fantasy novel revolving around Ellemar Vancel, who has been living her life as a hostage for almost three years, with permission to move only within the boundaries of the city. Her crime? She practiced her powers without supervision. One black day three years ago, rogue council member Celeana Maar wreaked havoc in the Witches Academy, and after a severe tussle, left Ellemar Vancel deeply wounded and deformed. Ellemar carries the painful memory of this traumatic incident to this date and wishes to find Celeana to take revenge on her. However, her mission is interrupted by the Council. The Council of Witches holds that a member cannot kill anyone. The novel begins with Ason informing her that the Council has finally granted her wish, and she can undertake her mission to track down Celeana.

Swords of Deception is the first book in A Sword of Deception Novel series, and the story is to be continued in Book 2, Swords of Revelation. This dark fantasy novel si short but potent. With little room to spare the chapters are succinct and the story is relentlessly propelled forward through a series of wild turns and electrifying revelations.

Within this adventurous story is an emotionally invigorating relationship between Ellemar and Ason which is subtle yet deep and provides ample dramatic punctuations to this action filled story. The work carries a light sensual undertone, especially towards the ending, without being too graphic.

Swords of Deception has a unique plot with crisp prose that will appeal to fans of The Witcher. This is a thrilling dark fantasy novel that will appeal to both young adult and adult readers who are interested in a sword and sorcery story that knows how to deliver a well defined and entertaining hero’s journey.

Capricorn follows Montague, a vigilante that delivers justice as he sees fit in a dystopian future where crime rules the city. What was your inspiration for this story and how did it develop as you were writing?

Capricorn was based on a poem I wrote in my late teens. The poem was basically Montague’s entire monologue in the first few pages of his introduction when he is describing the city as a cancer.

The character of Capricorn is purity, but with a childlike persona; which, when put into an adult woman, makes her appear to be crazy. Capricorn’s character is loosely based on Kai, who is kind of a strange, childlike girl in the PlayStation 3 game, Heavenly Sword.

I had much of the dialogue previously planned out before writing and I knew how it was going to end. The hard part was trying to make it feel justified. Montague had to find internal resolution and defeat his own demons. That’s why his 7 trials had to take place.

Montague is an intriguing character. I wasn’t able to pin down if he was an anti-hero or a good or bad guy, which was part of his appeal. What morals did you try to capture while developing his character?

Montague is someone who has given up on humanity. Everyone is a villain in his eyes. He abandons his own name in an attempt to forget his former self and become something similar to the angel of death. His job, he gave himself, is to bring some sort of balance back to the world and to do so means killing everyone who is unjust; which seems to be mostly everyone.

The only thing that makes him human is his compassion towards the innocents trapped in this city of violence. He saves a woman from being raped, but when a thief is murdered right in front of him he merely just walks over his dead body.  He wants to protect good people, but at the same time believes there are no good people. This conflict puts him in a dark place.

I felt the backdrop of the crime ridden city was vividly developed. What themes did you want to use while creating your backdrop?

The main character of this story is the city itself. It’s tainted, dirty, rundown, and lying in ruins, but it remained this way because no one wanted to fix it. If you mixed the city in “The Book of Eli” and the city in “Judge Dredd” you would get the city in Capricorn. It’s a criminal’s paradise. It was never mentioned in the story, but you can almost imagine the sky being permanently overcast; it’s a type of hell and only Montague is fighting against it.

What is the next book that you are working on and when can your fans expect it out?

I’m a world builder. I put a lot of time into crafting the landscapes and populating them with life and a history. Even before I begin writing a story I come up with names of places and things or animals and peoples. That’s where I am now; writing pages and pages of notes which will eventually become appendices. They are developed mostly for me so I can keep track of everything; adding them into the book for the fans is just a byproduct of my writing process. 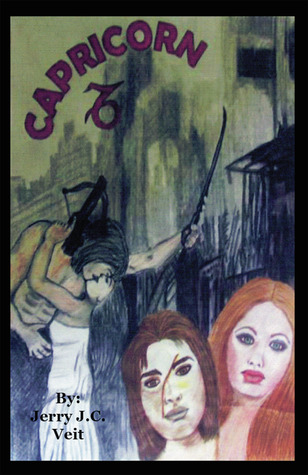 In the aftermath of a civil war the city is in ruins and without order. Montague administers his idea of justice with his black steel sword until he discovers Capricorn. He becomes drawn to her and vows to protect her, but this is challenged when a group of thugs kidnap her.

Montague is sent on a determined rescue mission, but in order to succeed he must battle the thugs of the city and their leader. Montague finds himself on a path of seven trials in order to gain entry into Mammon’s domain to save the one he loves.