Reaper follows a warrior who is sent to find a demon trying to buy weapons of the Apocalypse and raise the Four Horsemen back to life. What was the inspiration for the setup to your story?

My inspiration for this story was simply my Christian walk everyday. As I was writing this story, I wanted to not only tell a good story but give a realistic metaphor for my walk in Christ. This is not a hip hip hooray story where the reader knows from the beginning that good will prevail, the hero stands over the vanquished monster. No, when the reader finishes this book, the reaction should be whew! He made it. Some good guys don’t make it in this story, Jaml is not always the victor and like our daily lives, we don’t always have a great ending. Sometimes the ending is simply survival. The action is fast and intense, I hope the reader can connect with this idea that life is a struggle and sometimes winning isn’t pretty.

Jaml is a reaper whose job is to fight demons and protect the human world. What were some driving ideals behind your character’s development?

I wanted to create a superhero but in a Christian light. This meant no aliens, rich guys or gamma rays. What better way for a Christian superhero than to be able to use Divine power? Hence the ability to tap into the power of the Reaper Angel. After using the power, he would have to rest and rely on others to watch his back. The inner conflict he has to come to grips with is that he is a monk, a religious leader which means he is tasked with saving souls. Yet, he is a trained killer. The perfect fighting machine who can draw on the powers of an Angel. Complete opposite sides of life and he is faced with this dilemma several times in the book. He is tunnel visioned in his mission and only focused on the mission. no romance here (not yet)

A realistic Christian walk. That is the major theme that I wanted to get across. The walk is not easy and often not pretty. There are sacrifices and failures along the way. Like most of us, we come out of these situations bruised and bloody (emotionally and sometimes physically). We don’t have a huge party, we are just grateful to come out of it. Alongside that, he is faced with racism and how people feel about an African. Another theme is how easily man is led down the wrong path by people in authority. They see the evil but refuse to call it out. Easier to just follow along. Many humans know who the demons are but would rather just fit in.

I am working on the sequel to this book. The book will be called Reaper’s Sacrifice. It will introduce new takes on monsters. Fallen Angels will play a larger role in this book and the twist at the end will be mind blowing. I am hoping to have this book out by the summer of 2023.

Reaper, by J.R Lightfoot, follows Duke Jaml of Erdine, also known as the Reaper, as he fights in a war against demons. Jaml was sent by God to eradicate a hoard of demons, often called the Fallen, who are trying to take over the world. He understands the importance of his mission, and Jaml’s training by the angels is meant to prepare him for a dangerous world, where he must succeed as the great warrior, facing the King of the demons, Lucifer, with the help of Kem, who works alongside him to defeat the devil’s servants.

This action-packed story includes a religious theme, solid character development, and intense emotional depth. The author offers a unique twist on a common good-versus-evil storyline with intriguing character names and how quickly they reveal their alliances. It’s also a vivid and explicit story that isn’t afraid to dive into intense, intimate, descriptive scenes, piquing my curiosity for the story’s subsequent development or unexpected turn.

While this book may seem a bit intense for some readers, I enjoyed the narration’s expressive and sometimes shocking nature, which I found refreshing and daring. J.R. Lightfoot does not shy away from giving readers a clear picture of battles and the hunt for demons. While trying to stop the Apocalypse and prevent the foretold book of Revelations from coming true, Jaml will quickly become a reader favorite as he embarks on his monumental journey.

Reaper is an excellent book for readers who are fans of science-fiction and fantasy stories, focusing on well-defined heroes and villains and intense battle scenes. While this book is written as a Christian action and adventure novel, readers of all genres are in for an entertaining read.

Out of the Shadows 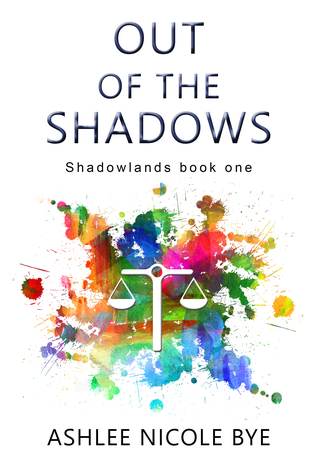 I recently read Out of the Shadows by Ashlee Nicole Bye and was immediately hooked by the first chapter. The prologue to the book, which I admittedly skip over, caught my eye and sets the scene for what is a very interesting concept and well written novel. We meet Julian, who we learn is not from this world as he uses ‘humans’ and as you read on, you learn that he is way older than he appears to be. Although his age isn’t described until later, you know he’s old because his eyesight has been bestowed to him almost a century and a half ago. Clearly, he’s seen some things.

I really enjoyed this book. Maybe it’s because I’m Australian as well and we rarely get treated to books that are supernatural AND also mention state capitals that we know (such as Melbourne), but it was immediately easy to immerse myself into this world that Ashlee has so lovingly created. The characters, such as Sachi, are so well written that you can feel their pain, anguish and confusion as Sachi is thrown into a world she’s not entirely sure about. Sachi’s best friend was killed by the ‘Melbourne Slasher’, but it’s not until she ventures out after months of solitude that she sees things that were definitely not there before.

As the book goes on, Sachi and Julian’s worlds become intertwined as we learn that Julian and his friend Moss are a part of a secret society of reapers (which explains why he’s over a century and a half old) called the Order of Light and Dark, who are tasked with finding out what the Melbourne Slasher is and how they plan on stopping it.

This book also brings into play a very interesting idea that you can play with. The Order of the Light and Dark, and their jobs as reapers, means that they control who dies, when they are supposed to die and what manner they are supposed to die in. This ‘melbourne slasher’ is throwing everything out of balance and is throwing the reapers off schedule. It brings a concept forward that can make you feel at peace; your death has been scheduled and you are going to die when you are supposed to. For a control freak like myself, I really liked this concept.

I really ejoyed Sachi and her strong banter with the other characters within the book. I love that strong female leads are becoming the norm (thanks, Gone Girl!). I feel like without the banter and the wit of Sachi, this book would have been a bit difficult to read. She definitely made me laugh a fair bit.

Another thing I enjoyed were the chapter names. The first one had me snorting with ‘It’s too damn hot for a monster to just be walking around’. Ashlee really nails how Australians tend to describe things and this definitely comes forth in the chapter titles. They were descriptive and funny and accurate. 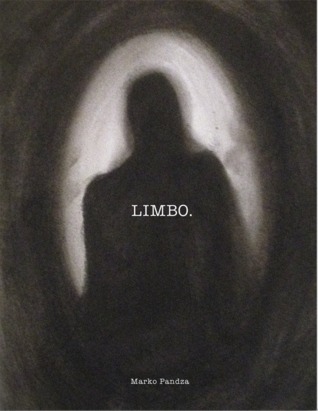 In the world created by Marko Pandza, Death is not one hulking figure haunting our last moments of life, but rather a whole society of different Reapers. One Reaper, Grim, though at the top of his game and the ranking of the Elites, despises his job and what it stands for. He longs for a time long gone, of his mortal life as John Grim and his wife, Dora. On a chance encounter with an Engraver, those beings tasked with creating and intertwining souls, he discovers his love is back in the living realm and is informed of a way to return to his beloved. He must fight Heaven, Hell, and everything in-between to be with his true destiny.

This book spares little in ways of imagery and wit, though both are steeped in valleys of dust, it is so dry.  The intriguing and original concept of the book helps the reader get through the slow beginning. The author can conjure up a rich and enticing vision through his words. However, this works to both his advantage and disadvantage. It is easy to envision the characters and scenery he creates, but when the creations become grotesque, the reader can feel ripped from the moment, hindering the story.

The overall story and world was fully fleshed out. The setting of Limbo itself was a solid induction into the story, and the home of the Reapers had much to offer, along with the mortal realm, personal paradises, and even rooms from the Maker of Limbo Itself – the audience experienced plenty, and again, this is where the author showed his expressive talents. The reader could easily see the home that Grim shared with his wife, or the performance hall of the Reaper awards. The characters were never floating in a gray area without much detail.

The characters the reader is introduced to throughout the story each have a different motivation, and is it laid out for everyone to see. Grim is the main focus, but by no means the only view point explored. Friends, strangers, and even deities have their stories told. Because of the switching between voices, the reader can live through many stories. However, when the author chooses to pursue narrow avenues for these characters that leave a lot to be desired, it detracts from the quality of the story.

Limbo, much like death, is not a story that everyone is ready for, but it is not without value. This story is by no means badly written, nor does it fall into many typical tropes, but where the concept and the fluidity of descriptions are absolutely high points, the choices to include the depressing overtones and the highly unpleasant imagery of many deaths – they are Reapers, after all – cause the story to fall a couple of notches away from higher ratings. The morbidity and grim tone for the entire book causes the reader to walk away shaken and more than a bit prone to contemplation on their own existence. This may not deter every reader, however, and its commitment to tone and atmosphere is to be applauded. This book won’t appeal to the vast majority, but those who enjoy it will praise its value for a long time to come.