The Lethal Elixir by Dennis Ross is a mystery romance novel that follows the events of a strange outbreak at Deaconess Hospital in Chicago. First, a man is brought in ailing from an unknown disease, prompting the staff to call on Dr. Maggie Hamilton, one of their Infectious Diseases specialists, for a diagnosis. Unfortunately, it is discovered the man has an altered strain of Ebola. Soon more people are found with the strain, sending the hospital into an outbreak scenario. In their search for answers to the origins, Maggie teams up with the FBI, led by Agent Matthew Johnson. As the pair investigate the possible source of Ebola, they uncover a nefarious plot on the nation and possibly find love along the way.

I find Maggie to be everything I’m looking for in a leading lady: a smart, stand on your own kind of woman. She’s the head of her field and quickly takes charge. Matthew Mack, to most people, is a great leading man. He’s described as strong and handsome, but he’s also not afraid to show his creative side in things like dancing. These are unique characters who compliment each other well. I also liked the medical side of the story. It was well researched for that genuine “I could believe I’m in a hospital right now” feel. I also loved that we saw from the villains’ side of the story. It kept me interested in reading and wondering if our pair would stave off the dark plot we saw unfurling.

While the concept of the novel is stellar, I didn’t feel like the mechanics of the story succeeded in conveying that concept in a way that was equally compelling. I felt that the dialogue could have used some of the creativity that went into the plot to breakup the otherwise stiff writing. This is a medical thriller so there is a lot of technical medical jargon that is being used, which provides an authentic feel to the story, but I would have liked a medical term dictionary at the back of the book to help me understand the technical terms.

This fast-paced novel is an instalove romance. The characters fall in love quickly, and given that they are rushing to stop an epidemic, this feels plausible. The high-stress conditions, and working closely with someone you find attractive, set them up for romance while still getting their job done. The relationship adds to the drama of the plot rather than overtaking it.

The Lethal Elixir is a dramatic medical mystery novel that feels realistic. The attention to detail with the medical conditions adds credibility to the story. In addition, readers will get caught up in the whirlwind romance of the characters as they work to stop a worldwide epidemic. 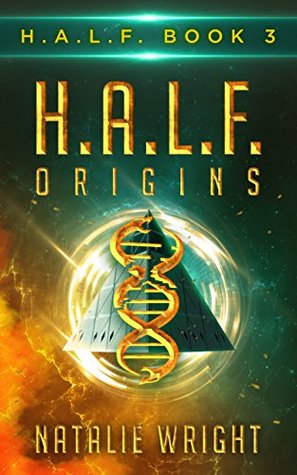 Birth to the Stilldead tells the story of a young doctor, Tel, and a necromancer, Aarne, who fight off increasingly disturbing supernatural occurrences while working in a cancer ward at a hospital. Why did you choose a hospital for the setting of the story?

I spend lots of time wandering around a particular hospital as a Literacy Program volunteer, so this cavernous and labyrinthine layout is something I’m familiar with. Also, there’s lots of strange rooms and hallways that I’m not allowed access to, which sets my mind wandering with story possibilities.

Aarne is both a mysterious and perplexing character. He listens to the dead and knows what they want. What was your inspiration for building his character?

The idea of being a modern day wizard is very appealing. Having access to forces that aren’t recognized by science and using them to run gung-ho over the world. However, it would be tough to remain a good person with that kind of power. Aarne makes no moral calculations whatsoever and pursues the work for the sake of knowledge and power. In reality, people like that cause tremendous damage, but in fiction they’re endlessly fascinating.

Many of the children that Tel is treating have cancer. I thought you did a great job capturing the emotional turmoil and pain that families go through in these situations. What kind of research did you do for this novel to ensure you captured the essence of what it meant to be diagnosed with cancer?

Thanks. The atmosphere of an Inpatient Pediatrics unit is one I’ve spent some time in. However, not being privy to personal conversations between doctors and patients/parents, I sought out personal stories and training information.

Are you a fan of the supernatural horror genre? What books do you think most influenced your work?

Supernatural horror is my favorite genre. I love the worldview it espouses. Not only is the universe amoral and indifferent at best, but also, laws of physics are merely accidental conveniences and in reality, anything can happen. Thomas Ligotti is a huge influence along these ideological lines, although I don’t try to write like him. His stories are more philosophical fables on the nature of horror rather than plot-driven. Clive Barker’s supernatural horror is one of my earliest and all encompassing influences. He marrys a cinematic scene-style of writing along with deep ideas and poetic descriptions which is exactly how novels are supposed to work.

What is the next book you are working on?

It’s called BirdTorn Tapestry and is about a man adjusting to his new office job, which starts to resemble a mystical initiation into a group he cannot escape from. Another novella, a bit surreal but still a horror story. My goal is to publish a new work every six weeks or so, and I’ve got quite a few lined up, so keep your eyes peeled.

Struggling young doctor Tel Hunniset becomes the interest of rogue necromancer Aarne Soars, who is able to blend seemlessly in with hospital personnel. Together, they save the lives of many children dying of an epidemic, with Tel getting all the credit. As supernatural events increasingly intrude upon Tel’s life, he is forced to confront the terrible cost of his actions upon the dead.