Lukas is unlike any other boy. Not a boy but not yet a man, Lukas has been hit with more loss, more trauma, and more inexplicable realizations than most adults experience in their lifetimes. When his grandmother takes him under her wing and begins to train him, Lukas is inundated by her pleas to not forsake the Goddess. Lukas, overcome with the pain of the loss of his parents, the tragic eradication of almost everyone else he loves, and left alone in the world with a new acquaintance, turns his head again and again from his Goddess, defying his grandmother’s wishes and, possibly, putting much more than his own life at risk.

E.L. Reedy and A.M. Wade present a most unique set of characters in  their young adult fantasy, Soul Dark: Chosen. Lukas, the book’s protagonist, is almost overshadowed by the authors’ vivid descriptions and fantastic choice of dialect and idiosyncrasies given the secondary characters. Jacob is a standout in my book. For as meek and mild as the authors initially portray him, he shines like a light from the pages, and he easily steals each scene from the other characters.

As a reader, I more than appreciate a story with numerous twists. Though not a huge nor especially unforeseen twist, I was glad to see the integration of the “knowing” character with introduction of Matthew. Those types of hidden gems in a story make all the difference; Reedy and Wade have this technique down to an art in this book.

One of the more gripping scenes in the book is the moment Lukas meets the old man, Theo Deville. The authors paint a stunning scene when the two lock eyes. Their dynamic is imperative to the success of the overall story line, and it is within this moment in the book that the authors set that tone. I found myself rereading that section more than once.

I found the breaks away from Lukas’s own dramatic situations between the chapters to be quite effective. By taking readers, if momentarily, to another realm, Reedy and Wade are able to keep the momentum of the plot and continue to build interest as the story plays out. These brief interludes serve as important reminders to readers that Lukas is not yet out of the woods, and his true test is always just around the next corner.

I don’t doubt that someone else will make this comparison, but I feel Soul Dark: Chosen can be likened to a modern-day The Lion, the Witch, and the Wardrobe. The underlying theme of faithfulness, loyalty, and good versus evil are apparent from beginning to end. A strong cast of characters who all rely on one another and are driven closer and closer together through shared traumas is not a new concept, but it is one that Reedy and Wade seem to have given new life.

Not many authors can successfully combine modern day settings with those of ancient times to bring to life a book filled with both action and humor. Reedy and Wade have more than accomplished that task.  I highly recommend Soul Dark: Chosen to any reader interested in young adult fantasy and looking for a book with a well-placed and strong  theme of faith.

I enjoyed Ty and My’s characters and interactions. What was the inspiration for their relationship?

Hmmm… well, I didn’t really have a specific relationship in mind when I was writing it. I developed each character (for instance, Ty is loose combination of my [real life] Trampoline & Tumbling teammate, Ty, my dad, and my brother, Will), then had them interact the way I imagined those characters would interact with each other. I have a friend, Peter, who I joke around with, kinda like Mylee and Ty joked around together, but My & Ty were friends longer than Pete and I have been and they’re closer than Pete and I are.

How has your writing developed and changed from book one in your Greek Mythology Fantasy Series?

I don’t know exactly how my writing developed and changed from Daisy to Mylee, but this book was really different to write because Daisy was all about 6th graders and I was a 6th grader when I was writing it, so I could really relate to what they were doing and how they were acting. Mylee is about ninth graders AND Ty was my first male main character. Obviously, I don’t know anything about being a boy, and certainly not a 9th grade boy, so I had to talk with my brother quite a bit to decide what Ty would do and how he would act. I also talked quite a bit with my mom about the two moms in the story and Grammy Jean. Grammy Jean was based on my real-life great grandmother, who passed away last winter. The character wasn’t exactly like my Grammy Jean, but pretty close. So, I guess I can say I worked more and worked harder this time trying to understand motivations to make the characters feel really real, know what I mean?

What are you currently writing and when will it be published?

I’m just starting work on book 3. This will feature my first god (instead of a goddess), and the main character will be a boy this time. I hope to be done with it sometime this spring, so hopefully it’ll be published sometime in the summer. I’ve been busy, though, because this is competition season for both my gymnastics team and my tramp & tumble team. Last weekend we traveled down to Oregon for a meet and this weekend we fly to Reno, Nevada for another one. Between all that and school there isn’t a ton of time for writing, but I’m really anxious to share this next story, so I’ll find the time! 😊 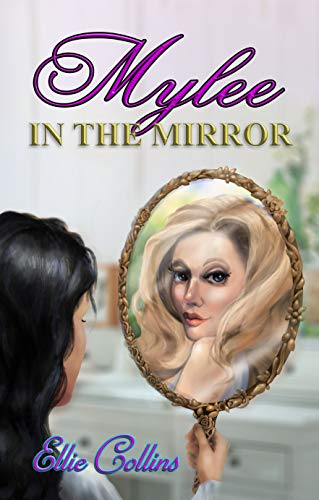 Freshman year is just starting, and already Mylee fears her family is falling apart. She’s not interested in dating or any of the high-school drama it brings, but that’s just what she gets when Sam, the most popular guy at school, invites her to the Homecoming dance. Mylee needs advice, so she summons Aphrodite, Goddess of Love and Beauty, her secret confidant.

Tyler is worried about Mylee, his best friend and teammate. Already sad about her family woes, he’s livid that Slimeball Sam is trying to ooze his way into her life. And she seems to be falling for Sam’s act! Worse, Ty is worried all this attention from such a popular guy will place Mylee officially out of his league.

What does an ancient Greek goddess know about modern teenage romance? Can My and Ty save their friendship and discover what matters most?