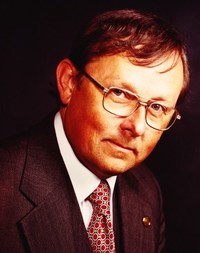 Zurga’s Fire takes place in historical Greece and the rest of the Mediterranean and is broken up into four books filled with short tales of adventure. What was the inspiration for this third book in the Orfeo Saga?

The fictional universe laid out by Tolkien in Lord of the Rings was probably the series that got me thinking along the lines of an extended saga. I liked the way Tolkien used ancient sources to create heroic fiction. At the same time I wanted to be more historical like Robert Graves and his series I, Claudius. I wanted to write something that would not be fantastic, and which would not re-tread well known history. The Bronze Age offered scope to speculate. There are few written sources, but what there is offers scope to invent characters and place them in historical context.

Zurga’s Fire introduces the issue of nomads and how they impact civilization. I had been researching nomads for my other interest, Oriental carpets. Nomads were very effective warriors, and they could overwhelm sedentary societies. They did have one weakness, and that was leadership. Every group from that lead by Attila to Ghengis Khan eventually fell apart. A charismatic leader is essential for nomads. In Zurga’s Fire the leader of the nomads is eventually undone not so much by a face to face challenge, but by a crisis in leadership.

Why did you go with the format of short stories told as a collection?

This is a very good question. I really did not think about the format before I started writing the series. I wrote many short stories over a period of years that were never published. Looking back that was probably a good thing. I always liked reading short stories. I think I have a short attention span. The result is that I am quite comfortable writing short stories and I have structured my Orfeo Saga that way too. Many books in the Orfeo Saga are made up of two different stories which are divided into books. In contrast my other series about a Los Angeles based private eye (the Bart Northcote series) are entire novels.

I felt that the characters in this book were complex and well thought out. What was your favorite character to write for?

I think that the character I had the most fondness for was “Zurga.” I gave him a rather ridiculous name because the character went by many names. This name suggests that you cannot take the character seriously. Zurga likes to deceive people as to his true intentions, as well as build up a mythology around himself. Zurga realized early on that he would not be fully accepted. No one would ever select him as a leader. In contrast his protege Orfeo can become a leader. Again I was well aware of Orpheus in the Greek pantheon. While Orpheus was a gifted lute player, he is also credited introducing civilization to savages. My Orfeo character has some similarities with Orpheus, but I have taken all supernatural elements away.

I think of Zurga’s Fire as a historical adventure tale. Did you do any research to keep the setting and characters true?

I studied ancient and modern nomads for years. I read about them, their social structure, history, and particularly art. Many of my research trips were to see nomads making textiles, particularly Turkish speaking people. I knew that for the Bronze Age there were not good historical sources, so I filled in the blanks with what I understood from more modern nomadic groups. I tried to capture their lifestyle in the novel, without going into the nuts and bolts of their society. The interesting thing is that the Greeks had recently settled by the Bronze Age. In the novel they were well aware of the kind of enemy they faced. The same pattern repeats throughout history many times. A group settles and then the next group of nomads impinges on them. Every sedentary group has the same choice. They can fight or they can flee. For Zurga’s Fire I wanted to show how the nomads being horse riders and archers had an advantage. Sedentary society, with farmers, had fewer people who would naturally take on a warrior role. They could fortify cities to stop nomads, but that does not always work. That is the tension I wanted to accentuate in the book.

What does the next book in the Orfeo Saga take readers?

The next book is also divided into two main parts. The first part takes the characters to the New World. There has been a huge amount of scholarly speculation about the contacts between the Old and New Worlds. I think that there must have been limited contact between these two areas, but I am not sure that it occurred as early as the European Bronze Age. However, there was likely early contact. There was a report that a scientist had found traces of cocaine as well as nicotine in Egyptian mummies as early as 1000 BC. I think it is important to look at evidence with an open mind but have a healthy skepticism about big claims.The Orfeo Saga volume 4 has a bit more humor in it than other books in the series. I also thought it was important for Orfeo to take a greater role in his own fate. His teacher disappears during this story.

Part II of the book deals with the rise of Sparta. This is not as far-fetched as some people think. Archaeology is pushing the date for Spartan civilization further back in time. I try to post interesting links to the archaeology on my Facebook page. 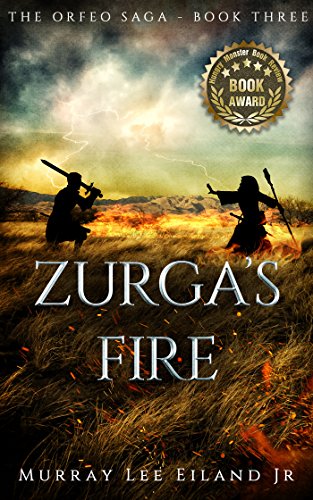 The Getae inhabited the region on either side of the Lower Danube River, in what is today northern Bulgaria and southern Romania. They were in contact with ancient Greeks from an early date. Herodotus – writing in the 5th century BC – extols their martial spirit: “…when it lightens and thunders, they aim their arrows at the sky, uttering threats against the god; and they do not believe that there is any god but their own.”

They ruthlessly incorporate conquered people into their society through enslavement, and are prepared to kill those who are not useful to their plans. They have no need for the luxuries of city life. Fighting in troops of mounted archers, they mock individual heroes. Getae have a long history of reducing enemies in deadly hails of arrows while not getting close enough to lose warriors in single combat. Here Orfeo and his warriors must deal with an expanding Getae empire during the heroic age of Greece. Vastly outnumbered, can they stop an invasion that threatens not only their lives, but also their entire culture?