What if a Hoax Became Terrifyingly Real? 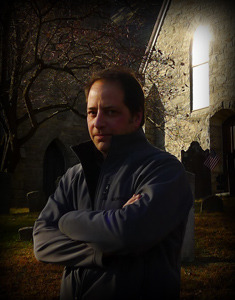 By Summers Last Twilight focuses on the nefarious work of the villain, Steven Crowley, who is building a secret cult. What was your inspiration for the cult that he is secretly building?

The cult was modeled after both the Hermetic Order of the Golden Dawn and Aleister Crowley’s Thelemite order “A∴A∴”, the later which he co-founded in 1907. I also drew on Umberto Eco’s “Foucault’s Pendulum, which is a masterpiece on these types of cults and Hermetic Orders like the Rosacrutions. I leveraged their rituals & practices into the story as well as Crowley’s own teachings which were intriguing: to me it was as if it was all an elaborate joke/game to him, while at the same time he was truly searching for some higher mystical reality. Crowley may have been having us on, but he was exceedingly smart, if something of a lunatic. The ‘what if?” came in the form of “What if someone actually applied the techniques using current Quantum Physics theories…what if something that was half a hoax became something terrifyingly real?”

The Sacred Order of the New Golden Dawn comes back in this novel. Do you feel that you were able to explore all the chaos they can bring?

There was a conscious decision to be merciful to the reader and keep it under 300 pages. You could write volumes on this stuff.

I felt that the actions scenes of violence and mayhem were expertly crafted. I find that this is an area that can be overdone in novels. How did you approach this subject to make sure it flowed evenly?

Really? Now that’s a compliment! I can only tell you I try and write those parts cinematically, visualizing them like a choreographed movie scene. I find older movies where they relied purely on acting and directing useful for that, as opposed to most current ones that overly rely on CG effects and flashy editing.

There is a band of quirky characters through the novel that I enjoyed, especially CID detective John Easton. What was your favorite character to write for?

John Easton. When I originally conceived of the character, I knew I wanted a variation on the classic British Detective, but had no idea how to avoid the usual tired cliché’s. The answer provided itself on a red-eye flight to London when I found myself jammed into a seat next to this restless guy who turned out to be a CID Detective Superintendent from Royal Turks and Caicos Islands Police Force. Something I’d never heard of or ever thought of before. He was going on leave after suffering a gunshot wound in the leg the day before and was half-zonked on Cabernet & Percocet to handle the pain. It was definitely a ‘Bingo!’ moment. We ended up in an engrossing conversation most the flight and I got a good piece of my character’s backstory effectively handed to me from the real McCoy. When I got to the hotel I couldn’t sleep so turned on the TV and the first image was a a movie with Callum Keith Rennie in it and thought, “Bingo #2 – and that’s what he looks like!”. Then it was a question of mixing in a few of my own traumatic experiences, a latent psychic ability (based on a woman I once dated) and a dash of the original James Bond and he pretty much stepped out of the pages ready to go. He’s a recurring character who pretty much writes himself – sorry I can’t explain that better – and since he’s a capable guy it’s I’m always curious how he’s going to get out of any particular mess I throw him in.

Some nightmares refuse to stay dead… In the sleepy Hudson River village of Wyvern Falls, something dark and corrupting has re-emerged from the shadows, a secret cult seeded by the infamous Aleister Crowley. A cult that was supposedly struck down on the eve of the Great Depression: The Sacred Order of the New Golden Dawn With them will come nightmares and chaos, opening portals to horrifying dimensions . . . By Summer’s Last Twilight. A new chapter in Horror has begun… 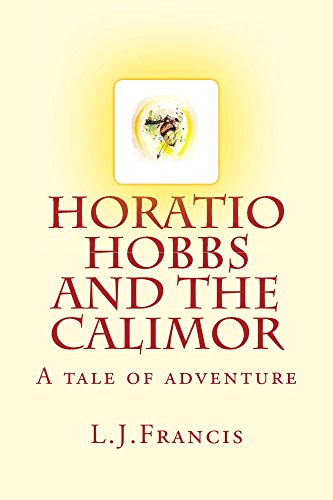