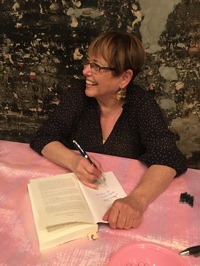 Lost in the Reflecting Pool is a candid retelling of your life and the many trials you faced throughout. Why was this an important book for you to write?

It was an important book for me to write Lost in the Reflecting Pool for several reasons. On a personal level, writing was a way for me to process some very difficult, and traumatic times in my life. The act of writing itself, allowed me to gain enough distance and perspective to gain understanding that I don’t think I would have otherwise gained.

Equally important, my book covers many issues that are of particular relevance to women and men in terms of toxic relationships, narcissism, trusting the red flags that one sees early on in relationships and I think that it is important that these are important issues for the general population to be aware of as they enter into relationships.

You wrote about a relationship with a man that you struggled to break free of; what is one piece of advice you wish you had at the beginning?

The book is a memoir about many difficult things in your life, but the story is ultimately uplifting. What do you hope readers take away from your book?

I hope that people will take away from my story that it is possible to change to course of one’s life even when things feel as if there is no way out – things can get better. Developing a support system is essential. When in a toxic relationship make sure that one does not allow oneself to become isolated from all other supports (friends and family).

I am currently working on a psychological thriller, Call Me Angel which should be available late 2020 and I am working on two children’s books. 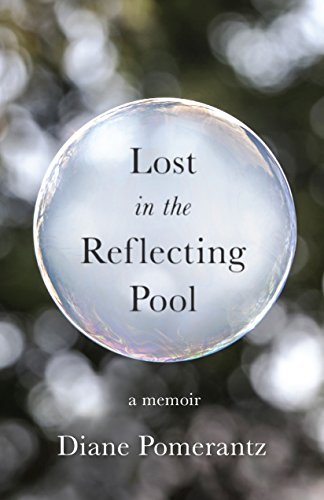 When Diane, a psychologist, falls in love with Charles, a charming and brilliant psychiatrist, there is laughter and flowers—and also darkness. After moving through infertility treatments and the trials of the adoption process as a united front, the couple is ultimately successful in creating a family. As time goes on, however, Charles becomes increasingly critical and controlling, and Diane begins to feel barraged and battered. When she is diagnosed with aggressive breast cancer, Charles is initially there for her, but his attentiveness quickly vanishes and is replaced by withdrawal, anger, and unfathomable sadism. What Diane previously thought were just Charles’ controlling ways are replaced by clear pathologic narcissism and emotional abuse that turns venomous at the very hour of her greatest need.

A memoir and a psychological love story that is at times tender and at times horrifying, Lost in the Reflecting Pool is a chronicle of one woman’s struggle to survive within—and ultimately break free of—a relationship with a man incapable of caring about anyone beyond himself.

A Dark Mirror And A Passageway

The Rebellious Earthling follows Ermina and her experiences in the depraved goblin world. What was the inspiration for the setup to this exciting novel?

The hellish world of Tartarus served as both a dark mirror and a passageway to the evil that is business-as-usual behind certain closed doors on Earth. The intent was to expose normalized cruelties and aberrant, sociopathic behaviors in what’s considered a civilized society. Inspiration for the landscape came from many sources, including artwork like Hieronymus Bosch paintings and “The Harrowing of Hell,” and books like “The Princess and The Goblin” and Orwell’s “1984.” The Turquoise Mirror did actually exist at one time but has since been gotten rid of for its unflattering reflection and creepy aura.

Lord Phegor infects a village of noble goblins to create a new species of demonic creatures. What were some themes you wanted to capture in their race?

The new species created was one void of all empathy, decency and morals; they had willingly given up their souls in exchange for hedonistic lives free of guilt or remorse. Theirs was a joyless existence, as every emotion not rooted in hate, pride or deceit was deemed useless and burdensome. Their apathy, narcissism and division amongst themselves served a purpose: it gave the Cabal even more power to control every aspect of their lives, all while allowing them to think they were free.

The Fairuzo character was based on the magnetic personality traits of an alluring, charismatic sociopath. Ermina’s naïve optimism and adventurous spirit enabled her to see past his cruel exterior enough to recognize a tiny speckle of good within him. In return, he saw within her an innocence long absent from his depraved world of debauchery, a purity he yearned to both corrupt yet preserve. A textbook case of opposites attracting; together, they were the meeting and melding of good and evil. And it is said that good always triumphs over evil.

My next novel is a pet memoir entitled “Bratskulla The Magical Cat.” It will be available sometime in 2019. 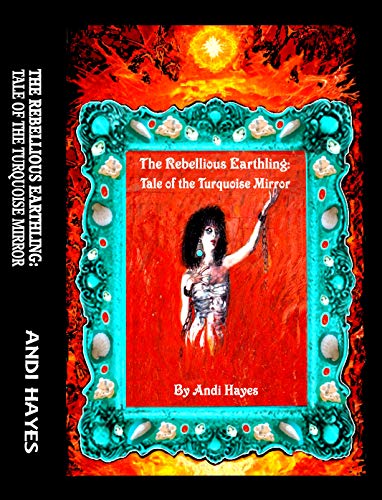 ALICE IN WONDERLAND meets DANTE’S INFERNO
She loves animals… he loves to sacrifice them. It’s a mismatch made in HELL.

An entirely new species of demonic creatures is spawned when Lord Phegor of the Fallen Angels infects a village of kind and noble goblins. Their mutated offspring now populate the God-forsaken planet of Tartarus where souls are taboo and nothing is sacred. It is into this hellish realm that the prim but virtuous Ermina descends after having impulsively accompanied Phegor’s charismatic son, Lord Fairuzo, back to his kingdom deep underground. 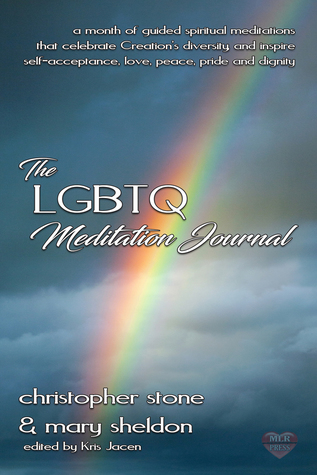 There are different beliefs when it comes to religion, but when discussing all things spiritual, just know these two are completely different. In that, we all can relate to the familiarity of metaphysical or spiritual events, which allows us to be more open-minded in all aspects of life. In The LGBTQ Meditation Journal, authors Christopher Stone and Mary Sheldon are allowing their readers an experience on a higher level than what can be “perceived by the five physical senses”. By doing these meditation exercises, or any kind of meditation session will indeed be the start of a foundation of the eternal peace both Christopher and Mary stated as our birthright. It starts off by explaining self-acceptance, as that is the first step to moving forward in progress to loving yourself. The most challenging thing that can be conquered is self-love and that way no one else can attempt to rob you of your value.

I, myself am not of the LGBTQ community, but reading this enabled me to continue being my open-minded self, having a better understanding of how those within the community must feel, which invoked such empathy towards them. Unfortunately, the world we’re living in many people aren’t open-minded or empathetic to others and that upsets my very being. Even though the entirety of this book said many things that are relatable, there was one thing that stood out the most to me. What stood out was “self-love never includes arrogance, conceit, narcissism, smugness, and vanity”, which will bring clarity to everyone who tends to think otherwise. We are all people who need to learn to love ourselves more, in doing so I hope the world can turn around for the better.

I learned so much from reading this book, it allowed me to use my empathy and truly understand how individuals within the LGBTQ community feel living in this world. I already view them as another individual living life and don’t want to be viewed as anyone less. It’s not meant to bash anyone, but to enlighten others in hopes that they will change their perspective and treat everyone, especially LGBTQ people with respect as they would want for others to treat them. The spiritual aspect of this book doesn’t label us, it encourages us to not see the next person as another species, but as another human with feelings. I truly enjoyed reading this book and it will be an eye-opener to closed-minded individuals or those wanting to learn more on how to accept it. I highly recommend this book for everyone, there’s a lot one can learn.