Minotaur’s Lair – Servant of the Gods – Book Three by Luciana Cavallaro is the final installment in the trilogy, which follows Evan, who must face Queen Antioche and stop the Dark Master from becoming a deity. If the Dark Master successfully gains this power, Evan and his alliances face an uncertain future. There are many unexpected twists throughout his journey and fate, making this book an incredible read.

The story maintains a consistent pace that conjures excitement from the start. Cavallaro creates an action-packed tale with elements of ancient mythology and mystical places, contrasting with time travel and modern technology. Evan must quickly adapt and learn how his quest shifts from one challenge to the next, whether Queen Antioch attempts to entice him with tempting gifts and promises or he becomes face-to-face with a new enemy. He must also follow his father’s legacy by locating a sacred artifact while defeating his captors.

Cavallaro’s fantastic writing style is sharp and descriptive without slowing the story’s pace. The author thoroughly researches the architecture, landscapes, and scenarios in mythology. It’s a fantastic adventure full of exciting developments and lively characters. As the story delves into the thrilling mythology of an ancient world, Evan becomes eager to find a way home to his time in the future.

I found this book, and the trilogy, an excellent story that’s engaging and enjoyable from start to finish. The author does a fantastic job of creating an intricate world with layers of fascinating developments and characters that keep the reader moving from one chapter to the next. Minotaur’s Lair – Servant of the Gods – Book Three by Luciana Cavallaro is an excellent read for science fiction and fantasy fans. I recommend the trilogy and look forward to more books from this author. 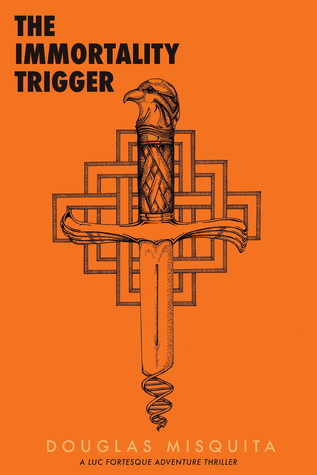