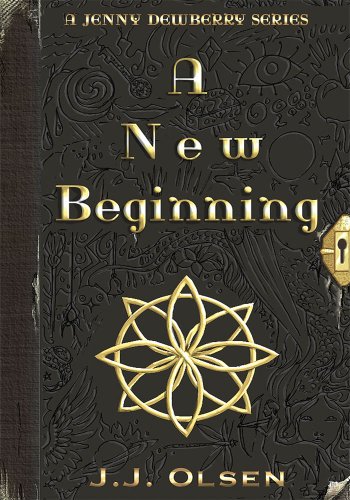 In the pages of A New Beginning (A Jenny Dewberry Series), J.J. Olson weaves together a world of whimsy, magic, and the otherwise normal life of a 13-year-old girl. The story opens to Jenny Dewberry attending her grandmother, Alinore Grayson’s bedside. It is then that she receives the first clue that she may not be a normal 13-year-old girl. Alinore gives Jenny a key that opens a trunk of secrets and unlocks a part of herself that she never knew existed. Jenny discovers that she comes from a long line of witches, and she’s given a mission to restore white magic to the world.

This book is perfect for the young and old, alike but I think that middle-schoolers and up will enjoy this read the most. The story is vivid and descriptive and the writing is simple without being boring. Olson paints a world that is easily imagined. The book delves into some fairly complex situations, spells, and worlds a reader could easily get lost in, but I didn’t have a problem as everything is explained well.

I enjoyed the idea of the journals that Alinore left for Jenny to read. We get to know Alinore without her being a present character in the story through her first person narratives. We also get to know Alinore through her colorful sister, Agatha and her adventurous spirit. Alinore was a mastermind. She leaves Jenny everything she needs to send Jenny on a magical scavenger hunt of sorts.

The characters are well developed and enough background information is given to fill in gaps. This is a story that stands alone while at the same time leaving the reader begging for more. It is part of a series, but is easily digestible as a singular story.

I like the good vs. evil aspect of the story. Madiva and her minions represent the dark side, while fresh-faced Jenny is the bright spot. She is hope. That being said, I like the redemption of Kurthanyo Eastman that we get to witness. At first, I assumed Kurthanyo leaned more toward the domineering, evil side. By the end, we are given another piece of the story that lets Kurthanyo explains some of his actions when he was young. We’ve all done something we regretted in a fit of rage. Kurthanyo gives us a reminder that those fits are often not easily undone.

I’m giving A New Beginning (A Jenny Dewberry Series) by J.J. Olson 5 out of 5 stars. Apart from a few minor errors, the book is very well-written. The characters are relatable. It seems like it’s Jenny against the world, and at times she is. Readers will enjoy the protagonist as an underdog. I’d love to read more by this author, and particularly more in this specific series. I need to know what happens next!

Playing with power can land a girl in all sorts of trouble with her man, as six ladies soon discover. Whether she’s a witch who disobeys the no-magic rule, a fairy making lust cakes, an amateur sorceress casting a spell on her boyfriend, a victim of an enchanted necklace, a revenge fairy messing with a deity, or a pleasure fairy abusing her abilities…

Once they’ve experienced the sensual consequences of playing with their magical powers, can these ladies find their happily for now with a hint of forever? Or have they spoiled their chances? 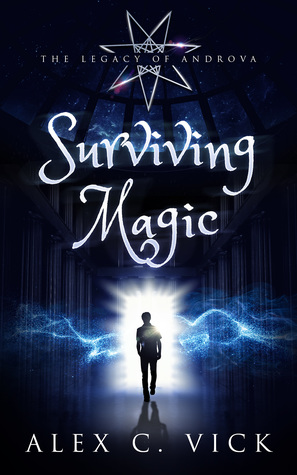