Caution to the Wind

On May 5th, 1994, at 9.30 am on a chilly, sunlit day, Ebony, a 36ft Roberts Spray, left the safety of Lyttelton Harbour in New Zealand, to venture into the unknown, where nothing would be predictable.

The voyage plan was to follow the famous trade wind route, sailing from New Zealand to England.

All too soon, they found themselves battling their way to Sydney, Australia. Caught in a ruthless storm with no contact with the outside world, they were truly alone. All the romantic notions of the ultimate cruising life disappeared into oblivion.

Step aboard Ebony and take an adventure, an epic 15-month voyage. Experience this day-to-day passionate tale, packed with intrigue, and at times suspense. Experience the delights of the lands visited and learn more about the world of international sailing. This was a life-changing adventure, with a dramatic, unexpected, ending.

George’s Pursuit Across the Perilous Ocean

Follow George after he makes the decision to become his own boss running a small boat. Follow him through the tumultuous journey that leads him to eventually hand over reigns of a successful fleet of liners. We get to see the change in his mindset from worker to supervisor and finally, owner. It took strength, wisdom, knowledge and lots of other things. This is the story of a small business growing into a conglomerate, from a toddler to a fully legal human being.

According to research, only about half of the business started will still stand strong in five years time. This is quite sad for a world where entrepreneurship is highly encouraged. This book is meant to decrease this percentage. One will learn to grow their business from a period of feast and famine to a period where the business comfortably stands on its own, where the welfare and life of the business are not threatened by regular/normal business occurrences. Like a windfall of clients for example.

According to Ray Moore, one should not wait until the growth occurs. They should anticipate it. To successfully go through these growth moments, one requires a vision. They must also keep the business in balance. That is time, team, delivery and money. They must all be applied in appropriate proportions. One must set out the stall for growth. Managing the mindset is the final condition.

This is a short book, that means that the information is presented in a compact package. The whole book is presented as a metaphor. This makes the book highly appealing. It is useful even for those who do not like or have the time to read. It is sober advice from an experienced person. It is advice that actually makes a lot of sense. The steps and tips are easy to follow and understand. One thing that readers will definitely appreciate is that the author does not use complicated business words. He shows the reader how to manage a business without confusing them with difficult economic jargon.

The author outlines the common mistakes entrepreneurs make. He shows what happens to the business after the mistakes are made. He then turns around and outlines the proper way to handle such turning points so that fatal mistakes are not made.

This is a fantastic business guide that provides an easy to understand road-map for getting from a small flailing venture to a successful business. Regardless of the goal, it can be achieved by following these simple directions. Five stars out of five for this crash course in entrepreneurship. 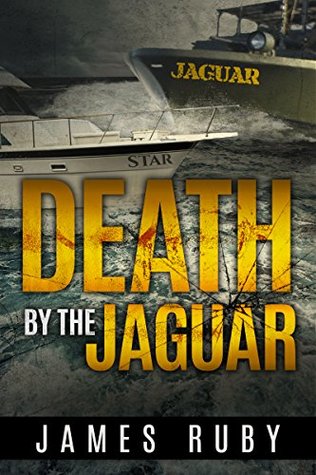