A Game of Life

After a serious car crash, Stefan comes round from a coma with a case of amnesia. Eva, his younger sister, is the only one who can see that Stefan is not really Stefan at all…When a strange letter arrives, written in gothic handwriting and addressed to Stefan, saying there has been a terrible mistake and signed by a mysterious ‘Hyacinthe’, the puzzle starts to unravel. Along with Eva, Stefan’s friends, Kim, Thomas, Harry, and Andrew must try to solve the mystery but to do that they will have to take part in a dangerous race, called The Game of Life.

Anna Musewald’s A Game of Life is a YA fantasy and mystery novel which draws you in from the first page. The prose is so easy to read; it is witty and enchanting and feels perfect for a YA audience. In spite of the simplicity of the language, it doesn’t feel at all patronising or one-dimensional. The ‘game’ from the title is quite complex, with lots of imaginative systems and challenging tasks set for the players which really immerses the reader in the experience. I loved the inclusion of Greek myth, such as Apollo and the Sirens, woven through the narrative. The plot is in the vein of The Hunger Games and Harry Potter and the Goblet of Fire which could make it seem derivative, but with an original and inventive spin, it manages to feel fresh and exciting. Meaningful themes of friendship, loyalty and bravery flesh out the fun storyline.

The pacing is excellent; I was instantly engrossed by the opening chapter and the book never let me go! We are drawn in by the question of what has happened to Stefan and led through a number of rabbit holes and strange happenings. The revelation isn’t made until the end which kept me greedily turning the pages, and there are also plenty of action scenes to keep the reader hooked until the final page.

I had total belief in the characters, who all have distinctive personalities, and I loved the way that the friendships and rivalries are portrayed, showing the tangled and complex nature of relationships. The relationship between Stefan and Eva is particularly poignant and depicts the protective and intuitive nature of sibling relationships. The dialogue is funny and clever, and the conversation seems very authentic for a group of young people.

One of the aspects that I enjoyed the most was the setting of Parsi and the fully formed ‘underground’ city created by the author which is full of fantastical and magical detail. Musewald excels at writing surroundings and conjures up place in a beguiling and descriptive way so that the reader feels as though they are on the journey with the characters.

This is a great addition to the young fiction genre, full of twists and turns, mystery and suspense; I enjoyed the journey immensely. I gobbled it up in one go, and I can’t wait for another riveting story from Anna Musewald. 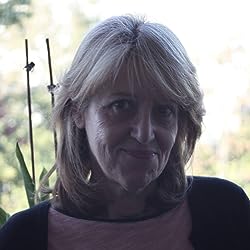 A Small Bronze Gift Called Mirror follows Lydia who is a sixteen-year-old girl living at a boarding school when the headmaster of the school forces Lydia to compete in a mirror contest. What was the inspiration for this very imaginative story?

A quote from Plato’s Apology of Sokrates served as my inspiration for my story:
“something divine and spiritual comes to me, (…) I have had this from my childhood; it is a sort of voice that comes to me, and when it comes it always holds me back from what I am thinking of doing, but never urges me forward.” – Plato’s Apology of Sokrates- 31d. What if we could not only hear this divine and spiritual voice, but also give it a face? Would we be satisfied with the image? Would it be what we imagined it to be or would it be what others expect it to be?

Lydia is a strong-willed, independent teen who takes matters into her own hands. What were the morals you were trying to capture while creating your characters?

Like most characters of the story, Lydia has many challenges to overcome and a difficult task to carry. She faces a lot of issues that people today struggle with. That require many morals and values like self-respect, compassion, altruism and justice. Lydia is a strong-willed young girl, who changes and develops these values as she grows up.

The story has a wonderfully unique take on magic mirrors that’s different from the fairy tale version. How did this idea come to you and how did you develop it into a story?

From the beginning I wanted somebody for Lydia to talk to, because it’s not easy for a child to be left grow up alone. This resulted in the creation of Phoebus, who could prove to be a true friend or an enemy. I tried to show how difficult it is for us today to protect ourselves from bad influences. That’s why the reflections in the mirrors are often shaped by how we perceive ourselves through the manipulation of the others.

Currently I’m writing another mystery novel about two very different people, which have nothing in common until they bump on each other. It will be available as soon as the English translation is finished. 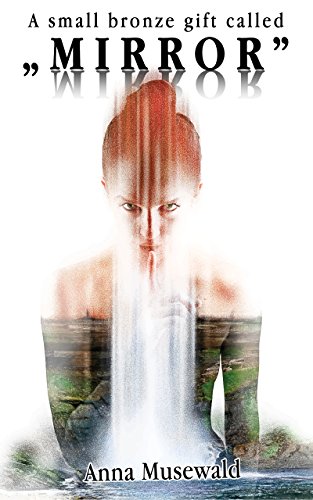 “A small bronze gift called “Mirror” follows the story of Lydia, who is forced to go on the run at the age of 6 when her mother is murdered. Protected by her grandmother, Lydia’s life is shrouded in mystery, compounded by the small bronze gift she was given and which she calls ‘mirror’.

At the age of 12, Lydia is left in the care of Mrs. M, and is given a place at a school filled with unusual characters. When she arrives there Lydia discovers that all the children have the same ‘mirror’ as she does. But it’s when she starts to learn how to use it that the real story unfolds and she must undertake a remarkable journey.” 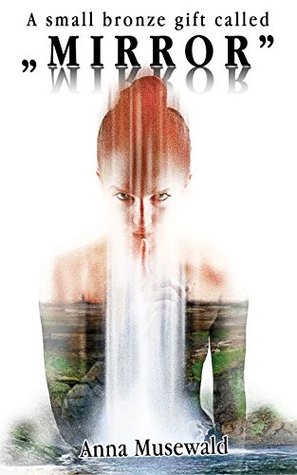 Lydia is a sixteen-year-old girl living at a boarding school. Her mother died when she was young and her grandmother Maria raised her. On her sixth birthday, Maria gave Lydia a bronze mirror and told her to treat it like she would treat herself. She grew up on the run, moving at a moment’s notice, trying to stay one step ahead of a killer with a scarred face. Maria thinks Lydia will be safe at the school, so she leaves her there, then disappears. The boarding school is reserved for students with mirrors like Lydia’s. Unlike regular mirrors, these show the reflection of a spirit. Lydia learns to talk to the reflection that she calls Phoebus. She has a few friends, but she’s obsessed with finding her grandmother.

When the headmaster of the school forces Lydia to compete in a mirror contest, Lydia and Phoebus hatch a plan to run away and find her grandmother. They escape after the contest, and a helpful stranger sets them on the trail of a conspiracy that goes back centuries. But the Managers of the reflections are in pursuit, and Lydia becomes a fugitive. She and Mario—a friend of her grandmother—chase clues all over Europe. They discover the truth of Lydia’s past, and uncover a hidden power that could change the world.

There are some good things to like about this book. Lydia is a strong-willed, independent teen who takes matters into her own hands. Growing up like a fugitive has taught her to be resilient and resourceful, the same skills she needs to uncover the secret of the mirrors. It’s not hard to understand Lydia’s plight or her determination to get to the truth. Many of the people she meets are also in hiding, traumatized by the past, or possibly lying to her to keep her from the truth.

The story is wonderfully original, a unique take on magic mirrors that’s vastly different from the fairy tale version. I also enjoyed that friendship plays such a big role in the story. Calypso, her dearest friend at school, helps her understand her own mysterious mirror, and they become as close as sisters. Mario is the son of a man who died to keep Maria and Lydia safe. Together, Calypso and Mario give Lydia the knowledge, strength, and courage that keep her going. There’s a nice glimmer of budding romance with Mario, and that was fun to read as well.

The biggest problem with this novel is the translation. The translator has done the author a great disservice, and my poor reading experience was in no way Ms. Musewald’s fault. She has written an original, exciting story that is completely overshadowed by the translator’s errors. There are multiple problems on nearly every page, with bad spelling, punctuation errors, missing words and confusing sentences. The novel was a chore to read, but I stuck with it because Lydia is such a strong young woman and her story is so compelling that I had to see it through to the end.