Vision of the Singularity 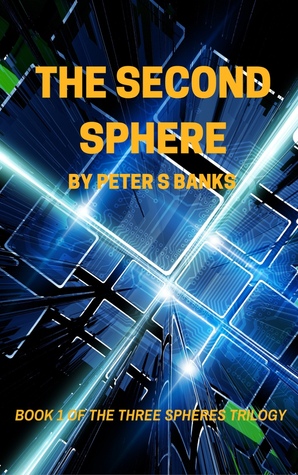 In The Second Sphere humans live longer, but terrorists aim to remove all life from the moon and Mars and return humans to Earth. This is a genre-crossing novel with elements of a science fiction, thriller, and mystery as well. Did you start writing with this in mind, or did this happen organically as you were writing?

I try to tap the things that I love to read. People like George Pelecanos, Walter Moseley, and Michael Connelly are huge influences. I’ve always appreciated their characters; those who have their own unique ways of viewing and interacting with the world. I’ve always loved sci-fi, particularly dystopian futures, think Blade Runner. And I’ve always been fascinated with and a bit scared of conspiracies, particularly when it comes to government involvement with extraterrestrial life. All of it just came together when I sat down to write.

In this story human bodies are reduced to synthetic versions and the main character Orion has lived for a very long time. Where did this idea originate from and how did it develop as you were writing?

A good friend of mine introduced me to Ray Kurzweil’s vision of the singularity, I don’t know, maybe five or six years ago. The more I thought about it, the more the singularity kind of horrified me. Certainly there are some practical and humane possibilities when it comes to the intersection of technology and health. But at what point do we consider what we lose by literally giving up our bodies in the search for ever-lasting life? Part of this book is about processing the dark underbelly of technological advancement and scientific discovery.

It’s not easy to envision this type of a future. I ended up rewriting the details over and over because I felt that I was projecting my biases as a person living in the 21st century on a future that is barely on the horizon. Of course I couldn’t escape those biases completely, but I tried to.

The science inserted in the fiction, I felt, was well balanced. How did you manage to keep it grounded while still providing the fantastic edge science fiction stories usually provide?

I tried to write what I enjoy reading. At one point in my rewriting process, I eliminated nearly all of the science in order to keep the story moving. A reader of mine really let me have it. He was right. My goal was to make the story as lean as possible, but I’d diluted the setting. So I re-inserted the portions that grounded the story a little bit more. I wanted to give the reader just enough without being burdened.

The Second Sphere is book one in the Three Spheres Trilogy. Can you give us an idea of what the next book will be about and when that will be available?

My goal is to have book two, tentatively titled Red Death, out by next Spring. This second book is going to be pretty dark. I wanted to have the book out this year, but it’s taken me longer than I imagined to get the story itself in shape. I wanted to will it in a more optimistic direction, but that’s not where it wants to go. So I have to listen to the story that’s being told to me.

In the future, advanced technology allows everlasting life. But enemies remain, including the Green Revolution, a “terrorist” organization bent on returning all life from the moon and Mars back to Earth. After Orion Cox, Deputy Intelligence Chief for the Laslow Corporation begins an investigation into a devastating bombing in New Mumbai, Mars, supposedly undertaken by the Green Revolution, he witnesses a vicious attack caused by a virus that threatens life throughout the Three Spheres.