After long years in the line of duty as a ‘Soul Taker’, Kate is worn out. When she gets a new job offer from the ‘Powers Above’, she accepts her new job as a Guardian gratefully without knowing that her teacher is one of the most powerful beings in existence, the Archangel Raphael.

Along with Raphael, she takes on her new task and the connection between them grows. Raphael helps, protects and supports Kate, but suddenly, she becomes a target for the Demons of Hell. Raphael realizes that Kate means more to him than he expected, which causes him to fight furiously against danger. If he fails, Kate’s future will contain eternal darkness, evil and torture. 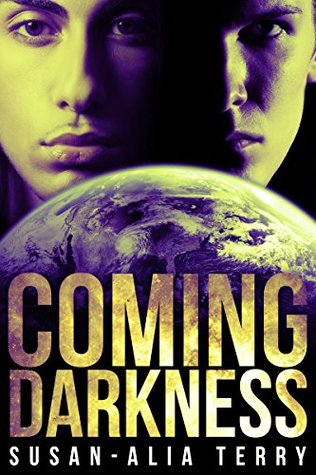 The Seventh Sentinel takes readers on an incredible modern day journey where the purpose of angels is still alive and well as they commune between man and God. What was the inspiration for the idea behind this entertaining story?

I’ve always been intensely fascinated by angels. According to the Bible and other ancient manuscripts angels are powerful, highly intelligent beings commanded by God to serve man. Being an avid reader, I grabbed up any books featuring angels but they were always portrayed as the bad guys and demons as the good guys, which rattled me. So I decided to write a novel where the opposite is true and based on as many historical facts as I could find about them. I wanted to show angels interacting with humans in a good way, in the age old fight between good and evil with epic fantastical battles, great tragedies and moments of joy.

Cristiano is raised in an orphanage and has no apparent past. I felt that his character was well developed. What was the ideals that drove character development in this story?

Cristiano was brought up in a loving, but strict environment where religion is important but not in a shove it down your throat way, and until his world is turned upside down, he’s had it fairly easy. When matters take a turn for the worse, he has to make that simple choice between good and evil, and the sacrifices that go with each path. Cristiano’s ideals can be summed up in one sentence. Meet the expectations placed on his young shoulders by God and the people who love and look up to him for leadership, with courage and humility. And to never give up, no matter what. (Okay, that’s two sentences).

I felt that the world the characters live in is very intricate yet subtly built. What was your approach to world building in The Seventh Sentinel?

I researched how many levels of Heavens there are from a variety of sources. Some say there are nine, some say five and some seven. Who really knows? I settled on seven because it fit the title of my book. Seven archangels, seven sentinels, seven continents and seven Heavens. Most of the descriptions of the Heavens are inspired from the Bible and The Book of Enoch. Then I had to figure out a way for my hero to fight in the spirit realm, and every hero has to have a weakness or several weaknesses, right? That’s where transmutation came in, which left Cristiano’s body open for attack in the physical realm, and hence the need for paladins.

Everything and everyone has a history, known or unknown and I love stories that include orders like the Templars, St Johns, The Golden Fleece and many others. There are so many stories with the Templars, so I went instead with the once famous Order of Calatrava, in Spain, which turns out, had links with the Knights Templars, and threw in the ancient Celts for added mystery.

I’m working on the third book in the series (no title yet) and hope to have it out by the end of the year. Due to serious illness last year I’m way behind schedule and trying hard to catch up. I’ve just finished my short story, titled the Igigi Chronicles, which is going through a round of beta reading as we speak. This tale is a spin-off from False Gods, the second book in the Sentinel Series, featuring the Eljo and all manner of mythical beings set in ancient Sumer and modern times. 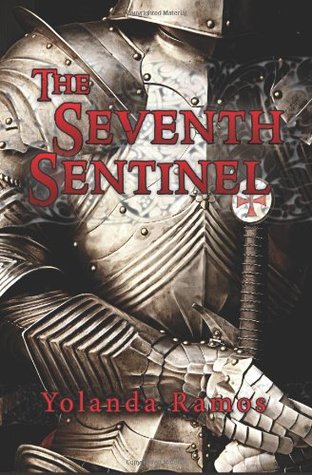 “Moments before the destruction of Jerusalem in 70 A.D., the seven Archangels remove powerful, ancient artefacts from the Jewish temple. These are given into the safekeeping of seven men. Throughout the ages, these men and their descendants become known as the Seven Sentinels.

In medieval times, the Seven Sentinels formed various military Orders as a cover for their activities. Today, of the Seven Sentinels, two are dead and two have turned rogue, which means only three remain to carry out their roles.

A war rages between Heaven and Earth. It is up to the newly empowered Seventh Sentinel to stop the rogues and Fallen Ones, from using these artefacts to gain control of the souls of mankind. Can the Seventh Sentinel endure?”