What I Would Wish to Be

When you were a child, what did you wish to be? Was it an astronaut so you could explore space or a doctor to heal the sick? In What I would Wish to Be, Trey’s father asks him if he could be anything he wanted, what would it be? Trey’s responses are creative and unexpected and throw his father for a loop when he mentions he wishes to be a tree, the wind, the sea, and much more.

Author Michele Sayre sparks young readers’ curiosity with her charming story of Trey and his conversation with his father. I felt that Trey’s responses were spot on, and it was as if I were speaking to a child. I loved Trey’s imagination and how he dared to be something that others wouldn’t think of. This creative and free-spirited read will surely spark the imagination of young readers.

This is the perfect book for teachers to read to their students and, as an exercise, have them write about what they want to be and see what they come up with. The illustrations are eye-catching and reminded me of the Baby John videos. The rhyming scheme made this a fun read that will teach young readers how to rhyme without them even realizing it.

I highly recommend What I would Wish to Be to parents and young readers as this is the perfect book to spark up a conversation before bedtime.

Oliver and the Wishing Star

Oliver and the Wishing Star follows a young boy who struggles with having so many responsibilities and wants to live free, like his pet dog. When a star streaks across the sky he quickly makes a wish to become a dog. When his wish comes true he realizes that being a dog is not at all what he thought it would be. Will Oliver get back to being a boy again?

Jennifer Decker has created a charming children’s book that teaches young readers to appreciate what they have through a whimsical story that many kids will be able to relate to. The story starts with Oliver’s mother telling him what to do, which I’m sure every child can relate to. Things quickly take a fantastic turn when Oliver is turned into a cute grey pup and he heads out into the night.

I really enjoyed how emotive all the characters were in this story charismatic, which makes it easy for young readers to watch the story unfold as parents read aloud to them. Every illustration is bright and sharp, with shading that makes the illustrations look 3D sometimes. With simple language and changes in font throughout, this is a story that will keep early readers engaged.

Oliver and the Wishing Star is an imaginative picture book that uses humor and heart to tell a fun story with an important message. Young readers will learn to appreciate who they are, as well as appreciate their family and home. This is a fantastic bedtime story as the magic happens right when Oliver hits the bed.

The Adventures of Super Obi: Nothing to Fear

When Obi’s mom forgets to turn on his nightlight at bedtime, he becomes afraid, thinking there is a monster in his closet. Then there is a monster downstairs! Finally, the monster comes upstairs and is standing at Obi’s door. Can he hide from this monster? What will happen to Obi?

The Adventures of Super Obi: Nothing to Fear by author Dominique Okonkwo and illustrated by Mariana Hnatenko tells the story of a little boy that is afraid of the dark but realizes, with his dad at his side, that there is nothing to be scared of and how to be brave. At the beginning of the story, Obi is afraid of the shadows in the dark, but his dad helps him see things as they really are and helps him find his courage. This allows him to overcome his fears.

This heartwarming picture book examines the concept of fear, courage, being brave, and family relationships, and it does all of this while also touching on faith and trust in God. This educational kids book is told from a perspective that preschoolers and kindergarten children will be able to comprehend.

The fantastic artwork is a mix of bold colors, comic style accents, and expressive character designs. You can really see the emotions on the father’s face as he listens to his son’s fears. The idea of being afraid of the dark is something many children can relate to, so this is the perfect book to use to teach the lesson of God’s love and that you can always bring your fears to God.

The Adventures of Super Obi: Nothing to Fear is a beautifully written picture book that will captivate young children and teach them that fear is normal and that you can overcome your fears through prayer and trust in God. The charismatic character of Obi will spark children’s imaginations and encourage them to face their fears. 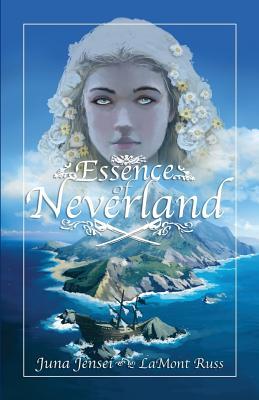 The Essence of Neverland is a bold and imaginative tale of pirate battles, formidable fairies, territorial conquests, and unexpectedly, the power of community. In this continuation to the timeless fable of Peter Pan, author Juna Jinsei thoughtfully ushers the Lost Boys into their darkest era yet – the death of Peter Pan. The painful absence of the infamously green-tighted trickster is being felt all across Neverland, leaving friends and foes alike grimly fearing for the future of the lands. As the disruption of harmony begins to threaten all walks of life, age-old enemies must contemplate rewriting their own roles in history, lest all of Neverland become a fairytale entirely.

I feel obligated to admit that Peter Pan was a staple bedtime story in my childhood home. While my father enjoyed boastfully voicing out the comical mischief between Peter and the pirates, I personally always loved the popular legend for its emotional tone. There was something whimsical and charming to the tale, always gently reminding me to appreciate my youth and my family. Even as a child, I recognized that the adventure was steeped in wisdom and parables. In this particular imagining of life in Neverland, author Jinsei beautifully explores many of those same wisdoms, delving into the emotional grips of desiring a place to belong, and missing a home you may never return to. Jinsei ponders these perennial truths through her work with such charm that I read several passages aloud to my partner, wanting to share the touching eloquence of the lessons.

Even with its strong repertoire of life lessons, this novel is admittedly a little dark at times. Jinsei unapologetically crafts the characters to feel authentic to their human nature, respectively. Captain Hook’s surly, albeit loyal, band of pirates are burdened by grief, consumed by thoughts of revenge. The once crafty and playful Lost Boys have grown old and jaded, nostalgically wishing in vain for the return of their impish flying companion. Even the council of magical fairies, as hopeful a creature as one could imagine, have become nervous for the future and harmony of Neverland. In the beginning chapter, Peter Pan’s unexpected death is a severe moment, paving the way for a few other harsh and unfortunate occurrences throughout The Essence of Neverland. Jinsei has an undeniably natural hand for the “twisted fairytale” style, and I loved the boldness of this rendition.

Still, despite the reoccurring macabre tones, The Essence of Neverland remains persistently hopeful and surprisingly lighthearted. Jinsei’s illustrative writing style really shines through the four brave children that serve as the main protagonists. Hailing from various backgrounds and regions, they each find themselves being summoned to the Mother Fairy, the eternal essence and spirit of Neverland. Although they’ve each suffered great losses at tender ages, they bravely begin their journey of growth with such earnesty and ambition that it’s impossible not to root for them whole-heartedly. My kudos to Juna Jinsei for such sincere writing!