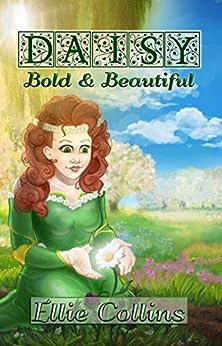 Daisy Jane, affectionately known as D.J. by family and friends, has experienced great loss and faces the challenge of attending a new school. With the support of her loving father, D.J. heads into the daunting situation with strength and a resolve to make friends and succeed academically. D.J. has another source of strength–her fern. Unlike many girls her age, D.J. opts for outdoor activities instead of games, stuffed animals, and make-up. Having inherited her mother’s love and great skills for gardening, D.J. strives to introduce her new friends to her interests as she learns from a unique acquaintance of her own that friendships involve compromise.

Ellie Collins book, Daisy, Bold and Beautiful, is a highly engaging tale woven with bits of mythology. Collins has managed to take some of the more complex elements of Greek mythology and finesse them into verbiage that is relatable and entertaining for tween readers. Most middle school students would not choose to read about gods and goddesses in the formats with which we are all familiar. Collins is providing her readers with a sure-fire hit that will involve readers, teach them the basic outline of the story of Persephone and Hades, and never let them realize how much they are learning. That, my friends, is the true hallmark of a successful writer.

Collins hits the mark with her dialogue, her main character’s emotions, and the dynamic between two very different friend groups. Young readers will be able to find themselves easily in one or more of the characters. The mere mention of popular video game titles is a huge draw for gaming fans, but Collins is thorough with descriptions, the exchanges between the characters as they excitedly discuss scenarios, and the way they are wrapped in the world of the game itself to the exclusion of all else. The author, without a doubt, knows her stuff.

As I read, I became increasingly amazed at Collins’s stunning ability to pull out the most relevant parts of Persephone’s story and meld them into modern day scenarios. Nowhere else have I read such perfectly revamped story lines. It takes quite the imagination and a firm grip on the mentality of today’s youth to manage a task like this. If I am being completely honest, I have to say I learned a great deal myself regarding Hades and Persephone’s relationship. Collins nails it. I would not hesitate to read this story to and with fifth graders in my after school tutoring group and recommend it to any teacher or parent seeking to spice up a reading list.

As a teacher, I am thrilled to see such highly relatable text for middle schools students. I am keeping my fingers crossed that Collins follows this exceptionally well-written piece with many more. Her ability to teach young readers Greek mythology on the sly is to be envied! 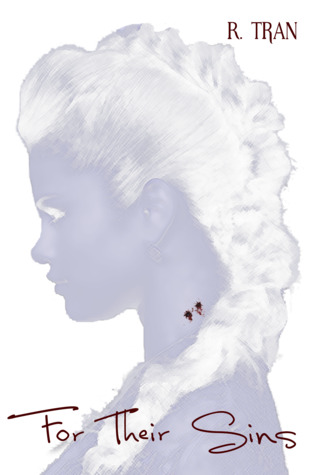 For Their Sins, written by Rebecca Tran, is based on the life of Alexandria Diego, a woman born in 1707, as the descendant of angels. She is a born warrior but with her skin surviving the burn of the sun, she will be destined to breed. Bearing the responsibility as the gem of House Diego, Alexandria’s life will be filled with life altering decisions and consequences. Alexandria will fight for both her family and honor, training and leading warriors into battle as she continues to rise her house to ultimate power. But twisted romances and secret affairs lead her on a destructive path where she will find herself in a battle of revenge when she fights to rescue her love from the enemy.

For Their Sins begins with Alexandria Diego as a child where she learns the ways of her house through history, science and religion. Born an angel, her life is determined by the path that she chooses to follow, whether it is to be someone who can bear children or someone who is a warrior. Some can face the sunlight, others can’t and these traits can determine the rules of how you live. But love, lust and the urge to be something more will create Alexandria into the wonderful warrior that she becomes.

Expect a mix of supernatural and adventure with beautiful women giving birth at 400 years old and in place of milk, blood will feed these baby angels. There are religious tones throughout the plot line as it dips into discussions about the creation of mankind, God and the existence of angels. We are taught about the creation of vampires and thrown into a world of coachmen and swords where bloodlines and heritage can determine which house you belong to.

At times the story line will seduce the reader, as Alexandria learns the lines between lust and love through exploring her friendships. In an almost primitive style, there are battles between those who wish to have the strongest male or female to breed with, to ensure their line will continue throughout history. Love mixes with politics and the characters become mixed up within following their heart or following the urge to rise to power instead.

Rebecca Tran’s way with words will tug at readers heart strings through strong themes and emotional experiences that the characters endure. The plot line feels like a roller-coaster at times with shocking events and twists that will left me feeling unnerved at the unexpected outcomes. Occasionally the story felt slow, only for a shocking event or twist of the plot to happen which drew me back in for more.

The story moves through history, first beginning with sword fights and eventually entering a period of cell phones and guns. Mixed through the historical events are relationships and lustful connections that will influence the politics and wars that occur when they face enemies such as the Morderes.

I would recommend this to anyone who enjoys a supernatural story crossed with action and a twist of romance. 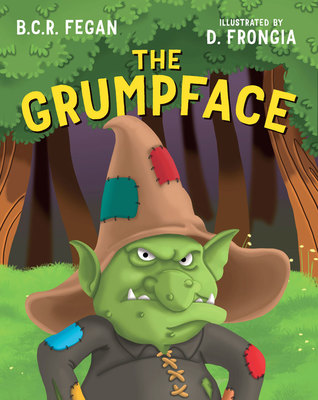 One of the joys of childhood is sitting with someone and reading a favorite story over and over again. The kind of story that sticks with you, and works it’s way into your heart. The Grumpface is that kind of story. It is about a grumpy old man that is cursed and lives in the forest of Ho. He captures unsuspecting travelers that get lost in the forest and they must complete a challenge to earn their freedom. If they cannot complete any of the three challenges they are trapped in the forest forever. In this story an inventor named Daffy Dan is looking for a rose to win the love of a girl named Bella. Bella sells flowers in the village but longs for a rose that she cannot grow. Dan thinks that if he can bring Bella a rose, he will have the courage to finally speak to her and win her heart. As he searches the forest of Ho, he gets caught by Grumpface and must find a way to escape or he will never have the chance to see Bella and tell her how he feels.

The first thing that grabbed me about this book, was the amazing illustrations. Grumpface at his worst is still funny enough to not frighten my four-year-old daughter. She fell in love with this book the first time she saw me reading it and saw the bright pink bird in the first challenge. The images throughout are all done with detail and colors that draw you into the story more. They complement the text in an artistic way as well as helping convey the emotions. The rhythm of the rhyming makes the story entertaining and flow smoothly. It is perfect for young readers, but not too silly that it will make parents want to hide the book after a week. One of the great morals of the story is to find the humor in life even when things don’t go your way. Daffy Dan is clumsy and riddled with bad luck it seems, it makes him relatable to young readers that are often clumsy themselves. Dan’s creative inventions all sound like great ideas and spark the imagination of readers as well. Grumpface is like the teacher or parent that just stares in disbelief at the crazy things Dan does. Together the pair make a memorable story that will leave you laughing.

B.C.R. Fegan and D. Frongia have created a beautiful and enchanting tale with The Grumpface. They manage to convey the fear and concern of Dan throughout the story, the disappointment he feels as things don’t go his way, and the joy he feels as he thinks he finally got it. The story touches the hearts of adults and keeps children entertained. It the teaches morals of persistence, compassion, and friendship. This is a book you will want to keep on hand to read for years to come.