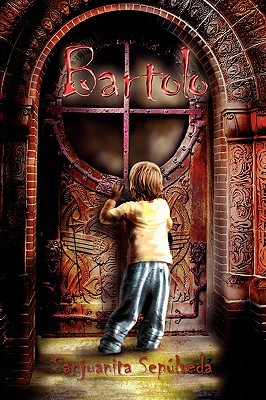 Rosita and her son Bartolo had to leave their peaceful life in Houston to start from scratch in  Wickliffe Kentucky far away from Rosita’s parents and Billy Hamilton, Bartolo’s father. Their economics status only allows them to rent an ancient wooden house far away from the town center. Mr Johnson, the owner of the house is very attentive and he is likely to help Bartolo and her mom with everything they need. Almost after moving, Bart and Rosita  start to notice strange things happening in their new house. Bartolo’s bedroom is always cold and he hears strange voices at night. Eventually they learn that their house is haunted.

Juanita Sepulveda has successfully mixed paranormal and supernatural fiction in such a way that it becomes believably creepy. For those who don’t believe in the ghosts, she is able to make you think  twice. She presents the ghost world as something normal in Bartolo’s life. He is not afraid of anything, he is a brave ten years old boy who always help his mom, who is also supportive of him. The strange occurrences begin slowly and turn into something more inexplicable. The families search for answers is often more intriguing then the mystery surrounding the house.

Bartolo, which is also the name of the protagonist, is set in a small and quiet place where life goes on without any interruption until Bartolo meets Jeffrey Mason, Mr Johnson’s servant who may not be as good as everybody has thought. However, they can count on the help of all the inhabitants in Wickliffe. The concepts of family and friendship are very important in the book and it’s something I admired in an otherwise dark novel.

I consider this book to be an easy read with a consistent pace that keeps you engaged. I found myself entertained until the end and discovered the mystery surrounding the plot at the same time as the protagonists did. 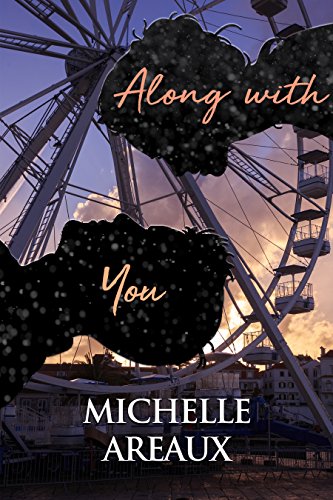 All Blair wanted was to fit in and find a place where her dark past wouldn’t keep following her and haunting her. After many moves Blair and her parents end up in the small farm town of Shady Oaks Kentucky. Having always moved around from one big city to the next, a small farm town with country side and horses was the last thing Blair expected to find and fall in love with. Here in Shady Oaks, Blair finds real friends and starts to imagine she could have a real life there. Than someone from her past shows up, and everything crumbles. Would she be able to stand her ground and overcome her past here with the new friends she has, or will they turn on her like everyone else has in the past?

Being a teenager is hard these days, the world is hung up on social media presence, how many followers do you have, is your life documented one image after another for all the world to see? No matter how much we may try to delay this, it happens, our children are exposed to the world online and it has permeated even into their education system. Parents can no longer protect their kids from the world online. The increase of social media has made bully’s even more prevalent, no longer is it teasing on the playground, the bullies follow their victims’ home and even when they move to their new homes. Michelle Areaux does an amazing job at showing how this can impact their lives. Written for this age group, they can relate to the characters, the school groups, the feeling of being the new kid. The story is relatable. It is not so far-fetched, even with Blair’s secret, to believe this could be any kid in the school with them. The feelings are real, and the personalities are believable. Hunter is very endearing, and you want to love him from the start, same with Grace. I was drawn to all the characters, I felt like I could have been Blair, or Grace at different points in my life. Now I relate to her parents as I navigate the world of mental illness, bullying, cyber-bullying, and all the other stress that kids these days face with my own children. They thought moving all the time was what was best for Blair, they wanted to do the right thing for her, to make her life easier. It is what all parents want, to give their kids a better life. Moving to Shady Oaks was the best thing they could do for Blair and their love and frustration at helping her find her normal is easy for parents to relate to as well.

Along with You by Michelle Areaux is a young adult novel that is filled with topics we should all be talking to our teens about. This would make a great book club or family reading novel to share with young teens that are facing a world filled with technology and social media. It covers topics of bullying, cyber bullying, and the fact that once things are online they never really go away.

Fleeing the Shadows is a satisfying follow-up in the continuing Dangerous Loyalties series as our brave heroine flees with her family into the Kentucky frontier. What direction did you want to take this novel in that was different from the first book?

After the danger caused by Papa’s covert activities in book one, I wanted readers thrust headlong into survival mode with thirteen-year-old Mary and her family.

The family is always running from something and danger seems to lurk around every bend. Did you plan the plot twists before writing or did they develop organically?

I used a rough outline to keep the story moving but allowed surprises to happen naturally.

Mary continues to carry the bulk of the family’s worries as her Papa makes increasingly difficult decisions. What were some obstacles that you felt were important for her characters development?

Mary struggles with PTSD. She must deal with each fear and keep going. Mary rises to the task of taking charge of her siblings when Papa must care for Momma. When Mary shuts down in fear, she allows her family to care for her. Her ultimate challenge leads her to face real and imagined shadows to save her family.

Where will book three in the series take readers?

Mary hopes life at Fort Boonesborough will fulfill her dreams of a peaceful life with friends and suitors. She has her heart set on a certain someone and is determined to win him for her future husband, but Papa and the American Revolution say otherwise.

She blames herself for the bounty onPapa’s head.

It’s late summer in the Alleghany Highlands, 1775. Colonial Virginia has resolved to support the American Revolutionary cause for liberty. The British are determined to retain control of the fur trade and keep frontiersmen fighting Indians instead of joining the Continentals.

Thirteen-year-old Mary Shirley is still recovering from emotional wounds inflicted when she risked her life delivering traitorous dispatches. She trusted the wrong men, and now the family must flee Indian Creek to stay ahead of British Loyalist who seek her papa’s life.

But they can’t risk being captured by taking the main road to Daniel Boone’s trail that leads into Kentucky territory. They must endure the more dangerous and grueling hunter’s path that leads to rough frontier forts along the Clinch River.

Passions are ignited, friendships are formed, and shocking lessons are learned.

Papa ignores the warnings to wait for other travelers, causing Mary’s anxieties to worsen. Once they cross the Cumberland Gap, they’re at the mercy of God and the Chickamauga Cherokee to make it to Fort Boonesborough alive. Frontiersmen tell them the settlement of Fort Boonesborough isn’t defendable, and Mary doesn’t want to continue. Papa is confident that the Indians are too busy preparing for winter to raid.

A few days from the fort, Mary is feeling hopeful for the future. Then disaster strikes, leaving the family devastated and heartbroken. There is no other choice. Mary must lay aside paralyzing fear and excruciating pain to save her family before time runs out.

Fleeing the Shadows (Dangerous Loyalties Book Two) invites readers to experience traveling the dangerous wilderness trails with Mary and her family through thick wild forests of Southwest Virginia and into Kentucky territory that leads straight into a Native American hornet’s nest. Mary just wants to make it Fort Boonesborough and live in peace. 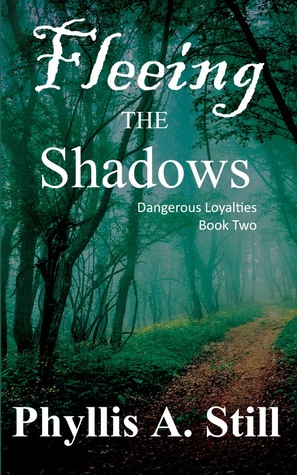 Fleeing the Shadows is a satisfying follow-up in the continuing Dangerous Loyalties series by Phyllis A. Still. Continuing only days after the events of the previous Defiance on Indian Creek, we are swept away as our brave, thirteen-year-old heroine, Mary Shirley, must flee with her family deeper into the Kentucky frontier. They seek to escape the British loyalists who dog their every step, but as they run farther from colonial territory proper, the family finds themselves in equal peril and at the mercy of Native American braves. Mary’s Papa relies on her to do what is right and help protect their family.

Having read the previous book in the series, this was a welcome return to the world of Dangerous Loyalties. Still has a great YA voice that carries the reader away with her pages. The novel has a faster pace to it, considering the family is always running from something and danger seems to lurk around every bend. For a historical YA novel, Still does not hold back on making sure that we feel the desperation of the family in every chapter. This anxiety is only enhanced as the family drives deeper into the wild unknown North American frontier.

Still keeps the reader much more on the edge of our seat with this narrative, because the stakes or that much higher. If the first could be called a ‘slow burn’, this can be called a ‘flash fire’. The story rips right off the page. The setting of the summer of 1775 keeps the historical urgency matching the urgency of this very personal story, but the overarching nationwide feelings are much more muted in this second book of the series by virtue of the very present danger. At times the narrative leans on the setup of the previous too much to be a true standalone narrative, but as a second book it works perfectly well enough.

Mary continues to carry the bulk of the family’s worries as her Papa makes increasingly difficult and sometimes questionable decisions of what they should do, while running from the loyalists, even while Indians shadow their every step. Mary is still dealing with the emotional turmoil after delivering the dispatches and her Papa only makes this worse. Overall, Fleeing the Shadows is a stirring, nail-biter of a read and will be sure to please fans of the first book of the series.